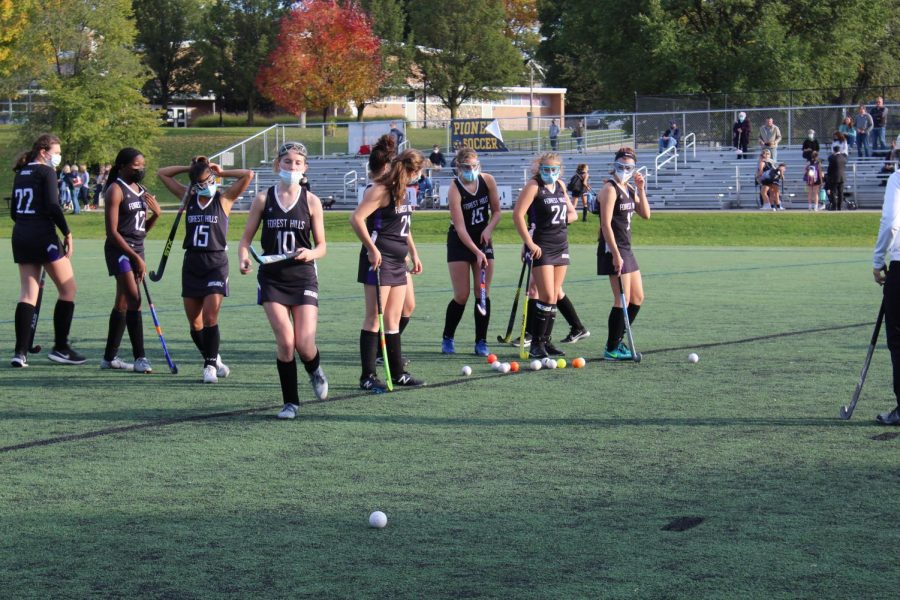 The girls varsity field hockey team squared off against the East Grand Rapids Pioneers on Tuesday night, one of the biggest games of the season in an intense rivalry. Each team hates one another which raises the stakes, trash talk, and competitive nature. Despite the continuous efforts from the girls, they lost 1-0. Some key players were Brooke Toigo FHE, Lexi Slywka FHN, and Maddie Shaner WMAA. Their defensive effort and offensive opportunities kept them in the game.

The girls feel that they played well in spurts during the game. They started off poorly; bad passes and poor connection led them to start off the game slowly. As the game progressed, the girls played better, and it became a closer game. The girls gave it all they had, but they could not get it done, losing 1-0.

Their record goes down to 2-3-1, and the conference record is 0-3. The girls take on Marian High School on October 10th away, and the game will start at 11 A.M.