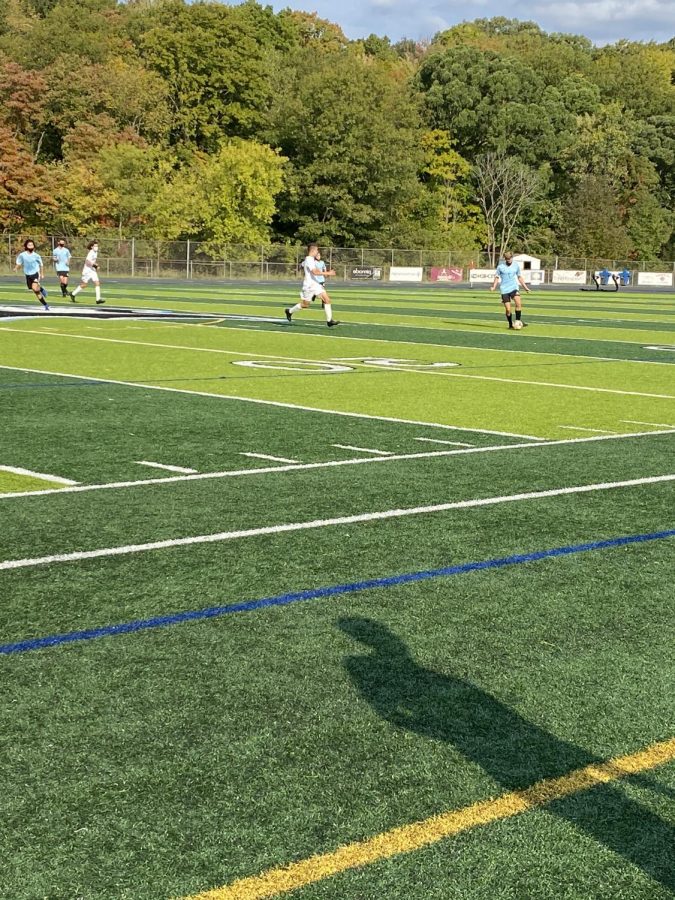 In the second round of the OK White conference tournament, the Rangers had their second rematch of the season against the Byron Center Bulldogs. In the last meeting between the two teams, the Rangers were able to prevail in a close 1-0 win. The boys were able to use their same game plan as they used in their previous game against Byron Center to try and recreate the same result. The Rangers were successful with possessing the ball in the midfield in the first half, looking to take advantage of the Bulldogs narrow formation. Although the first half was dominated by both defenses, sophomore Collin Oderikirk was still able to put some pressure on Byron Center’s goalie with a couple solid shots.

To start the second half, the Bulldogs had caught on to the boys game plan and were able to adapt and change their tactics to give them a slight edge over the Rangers. However, FHC was still kept their pressure up and continued to play crosses in front of the goal. Unfortunately for the boys, no one was able to capitalize and put the ball in the back of the net. As the game progressed, the boys got into their own heads after the Bulldogs’ forward was able to split the Ranger defense and place the ball past freshman goalie Kasey Dantuma. Overall that was the defining moment that won Byron Center the game, as the boys were not able to fight their way back into the game.

The Rangers’ next game is Monday, September 12 at 5. The boys match up against the Greenville Yellowjackets again after a tie earlier in the season, they look to gain their first win in the tournament after an 0-2 start.