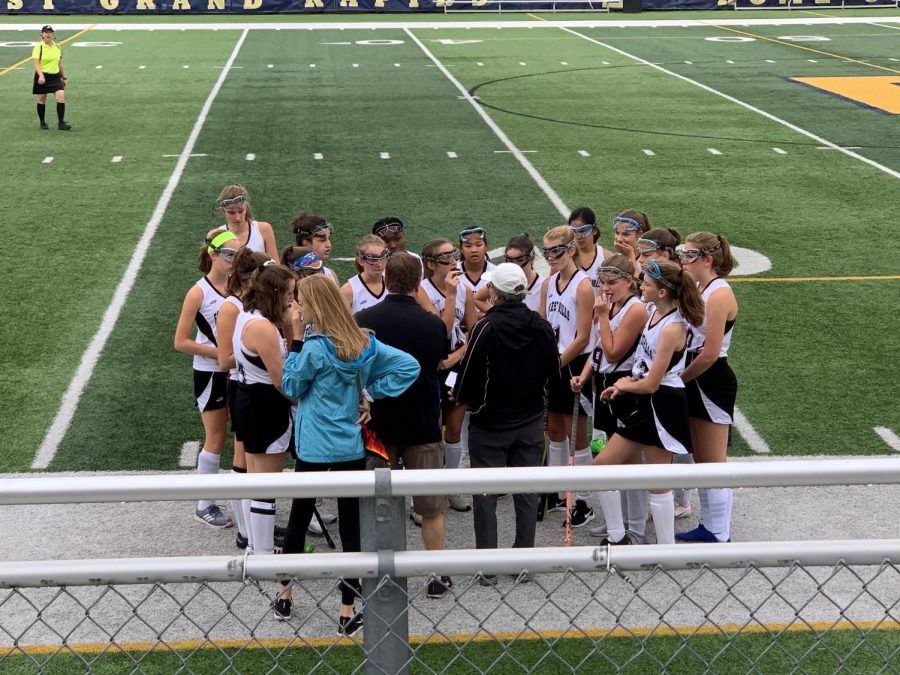 The Girls Varsity Field Hockey team faced off against a good Marian team on Saturday. They traveled to Marian High school located in Bloomfield, Michigan. The girls have notoriously traveled far on their away games so it was no surprise that they completed another big trip. The girls came ready to play defensively locking up the Mustangs offensive attack. Some key players were FHC junior Sophie Hartl, FHE junior Brooke Toigo, and FHC sophomore Shannon Murphy.  Their defensive efforts and pursuit to the ball kept the team engaged throughout the game.

There was something odd about the field before the girls played their game. When the girls got there, they found out the field was made out of grass. An unfamiliar scene but this did not faze the girls. They flew to the ball, won the loose balls, and kept the attackers in front of them. The girls got a few good scoring opportunities but could not convert. A common theme for many of the games this year has been defensive battles. Most of their games have been low scoring, so it came to no surprise that neither team scored. Ending the game, the girls had a few chances to score but could not, ending the game 0-0.

Their record is now 2-4-2 with their conference record moving to 0-3-2. The girls have one game to go as they face Ann Arbor Pioneer High School at their place. As the girls finish up the season, they look to come out fired up for one more time.