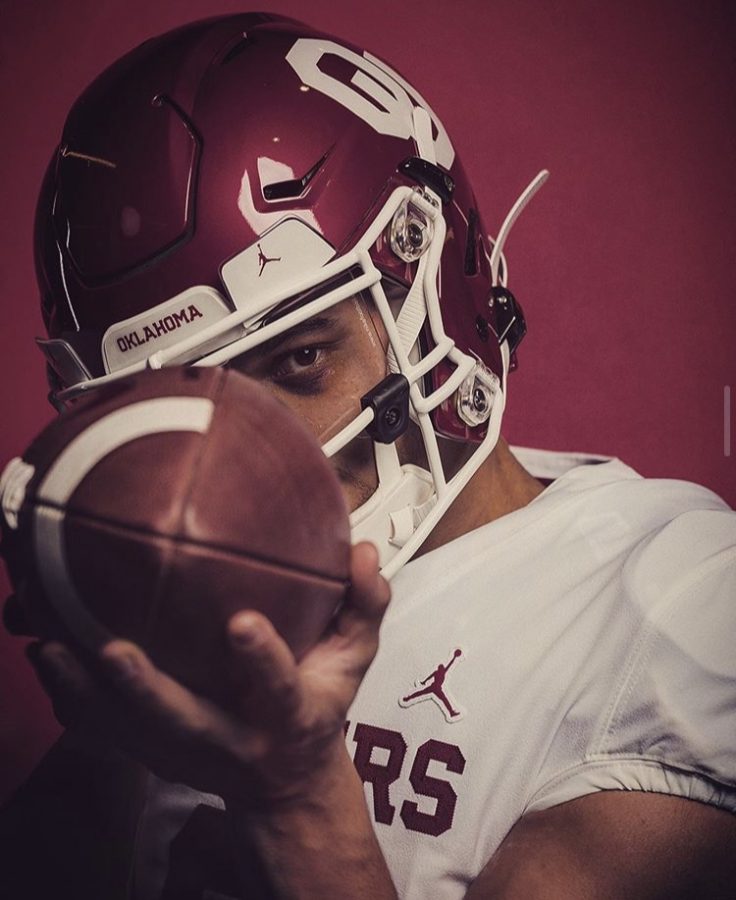 When the Coronavirus shut down the world, recruiting visits shut down with it. This led to frustration from recruits, especially from the class of 2021. Recruits have been pressured to cut their lists of schools down or even commit to the school they’ll be staying at for the next 3-4 years. Current commits have tried to make the best of their opportunities by recruiting uncommitted recruits to the school they’ll be attending. Some have even taken it as far as to visit schools unofficially since they are not supposed to visit officially or talk to coaches and staff members while there, but they can check out the campus. While this has been ordinary for recruits to do during the virus, there has been a new trend: recruit-planned visits.

The trend started in early August with 5-star QB and Oklahoma commit, Caleb Williams. He convinced 15 other recruits/commits to come down to Norman and visit the campus and city of Norman. Big-name players that participated include 5-star RB Camar Wheaton (2021), 5-star OT Tristan Leigh (2021), 4-star OT Savion Byrd (2021), and 5-star ATH Gentry Williams (2022). A combination of OU commits and OU targets created a memorable weekend for these guys. It was given the name “The Sooner Summit.” Jalil Farooq, a 4-star WR and an OU target for a long time, committed to the Sooners recently on September 27th. He was a member of the Sooner Summit, and the visit took Oklahoma over the top of his top 7 schools. With great ideas comes great criticism, and Oklahoma started a unique trend that a few teams have followed in recent months.

One of those teams is LSU, the team that took down Oklahoma in the college football playoff. A few weeks after the Sooner Summit, some recruits had the same idea as Caleb Williams, where they then got onto LSU’s campus. Notable athletes that attended the “visit” are top-ranked player in the country Korey Foreman, 5-star DT Mason Smith, and 4-star QB commit Garrett Nussmeier. LSU gained something from the group visit as well. Steve Wiltfong, the leading analyst for 247sports, put in a crystal ball with a confidence of four for Korey Foreman. The LSU group visit certainly paid off for Ed Orgeron and his staff as well.

Even though these recruits have finessed the system, they have gotten a load of criticism. After the Sooner Summit, many critics found ways to poke at Caleb Williams and how he “cheated the system.” They said that the Oklahoma coaches directed the visit and the recruits were not allowed in the stadium. OU had their stadium open for the weekend and the recruits were allowed in. Even though there was hate, Caleb Williams deserves a sizable amount of credit. With great ideas comes significant hate.