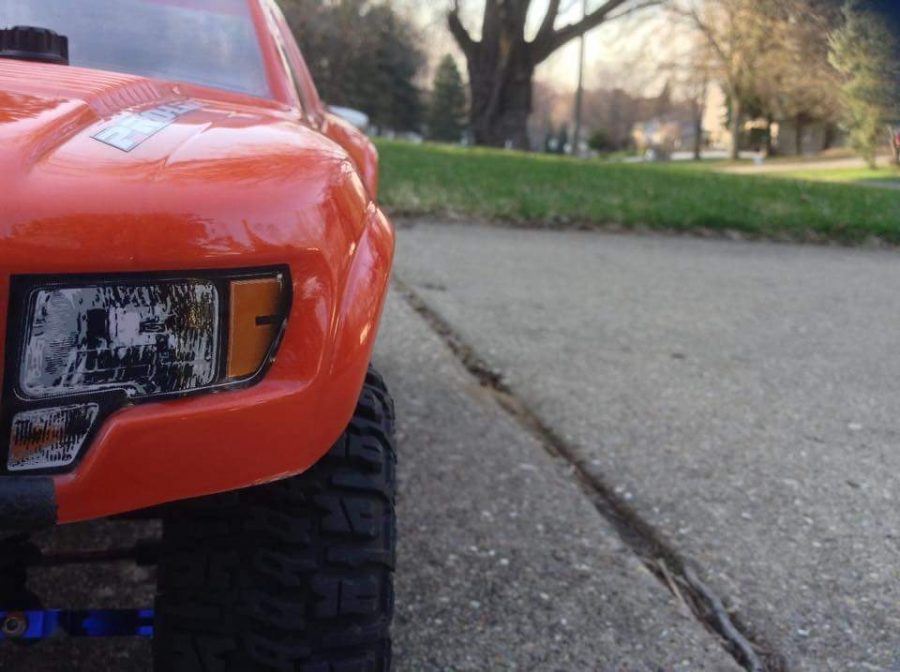 A reckless, lawbreaking, speed limit-exceeding road hog has been terrorizing Adaway Avenue at 70 mph in his dragster ever since last July. The man behind the wheel is Steven Turley, a junior at FHC, but the car he is piloting is actually a remote controlled Traxxas Funny Car. Despite its impressive speeds, it is only one eighth the size of the car it is modeled after.

Speaking of the purchase, Turley said that “it was kinda a bad idea to go from a 25 mph truck to a 70 mph dragster, but nonetheless, it was awesome! Yes, I crashed it,” Turley said, “No, it didn’t break, somehow.”

Turley bought the car after falling in love with everything about the hobby of fixing, driving and racing model RC cars his Freshmen year. He dedicates a large portion of his time on a day to day basis working on his three cars, and according to him, a lot more goes into the pastime than one would expect.

“I’m almost always looking at new parts, vehicles, driving spots, anything I can do to expand the experience I have with the cars,” Turley said. With cars in various states of repair, upgrades and customizations can come daily.

The hobby has gained momentum in the recent years, and according to the 2013 FHC graduate Alex Good, people gather in masses online in forums to discuss the cars.

“I research aftermarket parts [every day] that I want and/or need, at the same time looking on forums to see if anyone with the same model has had the same issues as me,” Good said. He spends the day thinking about parts and customizations he may need, and shops for them later.

The cars are incredibly customizable with different parts available online, and they can be crafted  extremely personally. “One element [I enjoy about the hobby] is how personalized it can get,” Turley said. “You can have two people each buy the same RC vehicle, and I can 100% assure you that in 6 months, the two vehicles will be completely different than each other, each one unique to that person. It is an amazing way to express your own creativity.”

According to some people, this hobby is more than just a pastime. They argue that the involvement in car repair and customization benefits the customizer academically and creatively.

For example, the FHN freshman Liam Maloney claims that he learns mechanical engineering from fixing his cars, while Turley says that the cars stimulate creativity with the plastic customizable bodies.

“You can buy almost all bodies clear,” Turley said, “and paint them whatever color you like, with stripes, flames, anything you want to do.”

The versatility of the vehicles also adds a unique aspect to the hobby. “RC cars are very diverse and can do a wide range of things such as snow plowing or rock climbing,” Maloney said.

One thing that can be said for certain about RC cars is the passion held by their enthusiasts.

“I mean, come on,” Turley said, “who doesn’t want to have an RC truck that can keep up with traffic on the east beltline? That’s the best way I can describe it.”