Ten songs that spice up my fall playlist 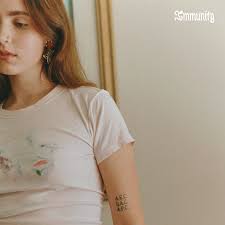 As the seasons change, so does my music taste.

Now that I have a car of my own, I can blast whatever music I please without anybody telling me otherwise. In regards to that, I’ve ditched my summer playlist and moved on to create a fall one. Without further ado, here are my top ten current favorite songs.

This song is the very first track on my newly made playlist; it’s the first song that I came across on Spotify that truly gave me the change in taste I yearned for. It’s a light-hearted, soft, and vulnerable tune that I feel embodies the radiation of fall. Clairo is a young, growing artist that has released a few other songs like “Flaming Hot Cheetos” and “Pretty Girl” that are also worth an open-minded listen.

“More Than A Woman” by Bee Gees

Right off the bat, this song makes you smile. I can undoubtedly tell it’s an old song because of the background beats and the lyrics. The Bee Gees is a band from the ’90s, each member possesses equally unique characteristics within their voice ranges. Also, throughout the song, a few high notes are executed by the main singer.

“we fell in love in october” by girl in red

The artist girl in red reminds me of Clairo. Both of their approaches towards music are very similar; I feel as if they generate the same emotional state when singing their uniquely written lyrics. Of course, this is a fall-like song because of the title, so listening to this song feels like a fever dream.

“Sunkissed” definitely radiates some summer energy, but it’s too great of a discovery to ignore. It is a very joyful, upbeat track sung about love and how the artist is falling for a girl’s loveliness. He repeatedly says “it’s so lovely loving you” which I think is simply adorable.

This song is definitely one to listen to in your car; the vibes are so majestic and cute. I can’t find one mistake within this song. You know those songs that are just perfect? Yeah, “Airplane Mode” is one of them.

“Can’t Take My Eyes off You” by Frankie Valli

“Can’t Take My Eyes off You” is another oldie but a goodie. Frankie Valli is an artist from the 1960s who created this masterpiece of a song. It was an extremely famous track in its prime years; however, I’ve just rediscovered it now. It brings such joy and serotonin when I listen to it, especially the chorus.

I reviewed the album that “NITROUS” was included in a few weeks back on TCT, and I raved about this specific song. It is so unbelievably catchy. I’m obsessed with the singer Joji, so of course one of his many amazing songs had to end up on my fall playlist. If you’re excited, happy, joyful, or feeling anything within the range of those emotions, I 1000% recommend listening to this song to soak up all your joy.

Throughout “Crush,” Tessa Violet is hardly singing; in fact, she’s practically speaking the lyrics like she’s in a conversation. The lyrics are so simple yet so satisfying. The background beats behind Violet’s voice truly make the song so much more catchy.

This song is just different—different in the fact English is barely being spoken throughout the verses. It is uniquely itself, and I’ve heard nothing even remotely close to it. Although I have no clue what the lyrics are truly saying, I can never bring myself to ever skip this song. It’s a song that makes me want to get up and dance.

“Out of My League” by Fitz and The Tantrums

This song—this song right here brings me straight serotonin. It differs from the majority of the songs prior to it in which there are actual band instruments incorporated rather than a single piano or ukulele; the vibes are upbeat and content and loving.

Regardless of your specifics in music taste, all of these tracks are just good. There’s no other way to put it; the simplicity of these songs appeal to such a wide audience that they’re easy to love. So take my advice: give these 10 songs a listen whether you’re in the shower, tuning in through earbuds, or blasting them while cruising with your windows down.