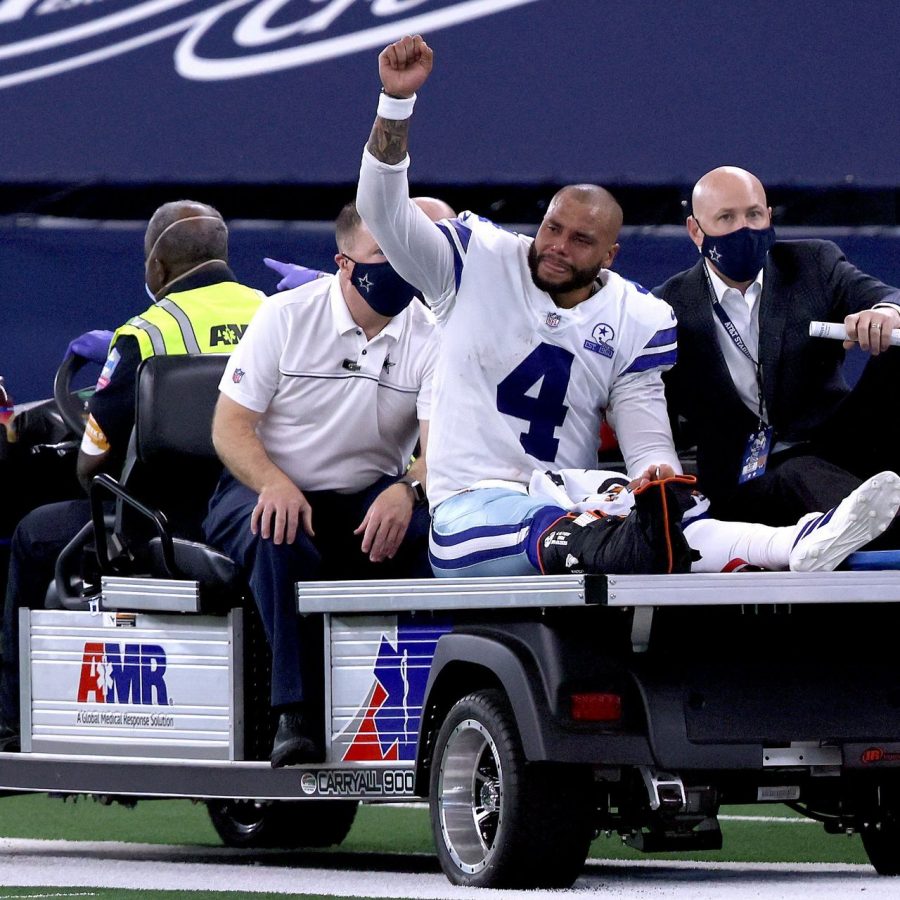 Dak Prescott: the cowboys starting quarterback for four years and hasn’t missed a start since. On last Sunday, October 11th, Dak was scrambling to get the first down when a player on the opposing team tackled him from behind, where his ankle was badly injured.

The camera was quickly focused onto Dak as he grabbed his injured calf. The announcer, just like everyone else, was confused of what happened as he states “hopefully it’s just a cramp.” The crowd was silent until Dak was rushed off the field and taken off in a cart, then was followed by a roared in sadness and appreciation toward their best quarterback of this decade.

The sad thing about it was that Prescott was on a rolling hot start to the season as well. He was the leading passer and on course to break records. When Dak was driven off the field, you could see the tears resonating, not in pain but the fact that he knew he was out for the foreseeable future. When he started to tear up, everyone else did. Not just cowboys fans, too, but everyone was affected by this tragic moment in NFL history.

The doctors after the game stated that it was an open or compound fracture and a dislocation of his right ankle. Following the injury, Prescott had surgery later that night. Hopefully this is not a career ending injury but we will stay tuned into what his plans are regards to next season.