Gavin Murray faced his epiphany through his enrollment at two schools 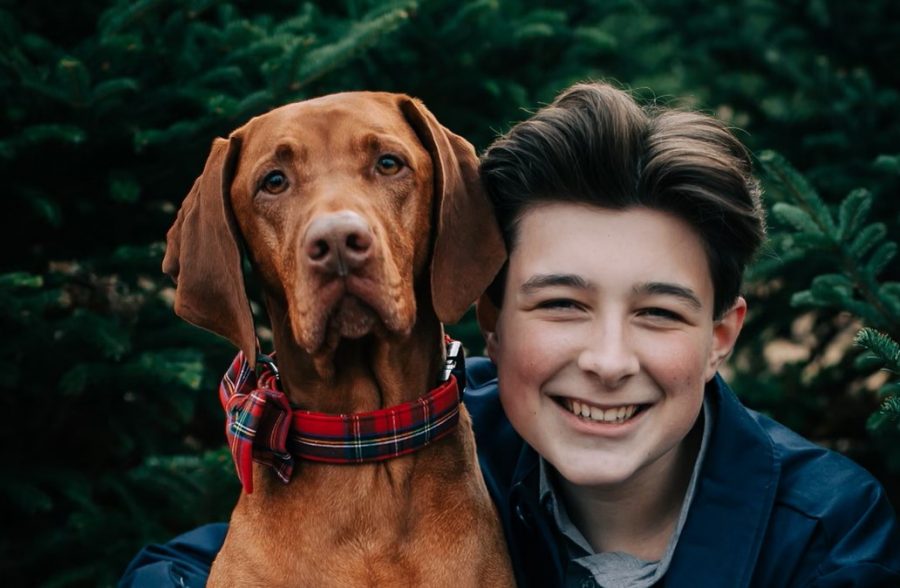 Senior Gavin Murray faces the common struggle of balance. Like most high school students, Gavin holds a part-time job outside of school at Panera.

In fact, his dedication to his time-consuming job has even given him a recent promotion to a team leader.

Though he loves having the opportunity to work outside of school, the amount of work piles up quickly. The stress emitted from the constant business in Gavin’s schedule has caused some complications.

“I made the choice of taking classes just as hard as the ones I took my junior year,” Gavin said. “Now that I work a lot more, it can get difficult to keep up with school.”

School can be hard enough on its own, but the combination of school and work takes away most of the free time students are given weekly. Not to mention the amount of sleep lost by students, including Gavin, due to this lack of relaxation.

“I work the maximum twenty-four hours most weeks, and it can become a lot,” Gavin said. “Especially when a part of my school day includes traveling to another school.”

To amp up his high-school career, Gavin took the opportunity to participate in the S.T.E.M. (Science, Technology, Engineering, and Math) program at Forest Hills Northern to focus on classes he believes will truly help him succeed in life after high school.

Though the issue is not major, the travel time taken out of Gavin’s day in order for him to go from one school to another is time he would rather be spending on perfecting a beneficial balance of work and school.

“Northern is further away from my house than Central is so it takes me around thirty minutes to get out of the parking lot and come home,” Gavin said.

To most people, thirty minutes does not seem like very much; however, when you double that number to include the round-trip, those minutes begin to add up.

The time–and gas–spent on attending two schools may be a struggle, but it is a struggle Gavin is learning to cope with. He has found it extremely worth it to spend that time and money because of all of the life lessons he has learned throughout his dual-enrollment.

“It’s kind of fun to go to two different schools,” Gavin said. “I have friends at both schools, and I get to live between the rivalry of Central and Northern. But now that I know the people at both schools, I honestly believe it shouldn’t really exist.”

The communities surrounding both schools are so different, yet Gavin finds a home in both of them.

Gavin’s attendance at both FHN and FHC  has brought him more friends than he could have ever imagined. However, he believes starting his high-school career at Central is the only reason for his abundance of friends.

“Central has so many more cliques than Northern,” Gavin said. “Northern basically has two giant friend groups; everyone knows each other and talks to each other, but Central has a lot more [groups].”

Though Gavin appreciates being able to spend time with his closest friends at Central, he wishes those cliques would mix more; there are so many different types of people in both schools.

“Northern just seems happier because they are able to talk to anyone they want without feeling judged,” Gavin said.

Northern’s unity in its student body has shown Gavin the importance of giving new people a chance. He is relieved to say he retained more information in high school that is relevant to his everyday life rather than solely educational lessons.

“[Going to two different schools] is kind of eye-opening if I’m being honest,” Gavin said. “I thought all schools were clique-y and that [the] separation of groups was normal. It has really taught me a lot.”