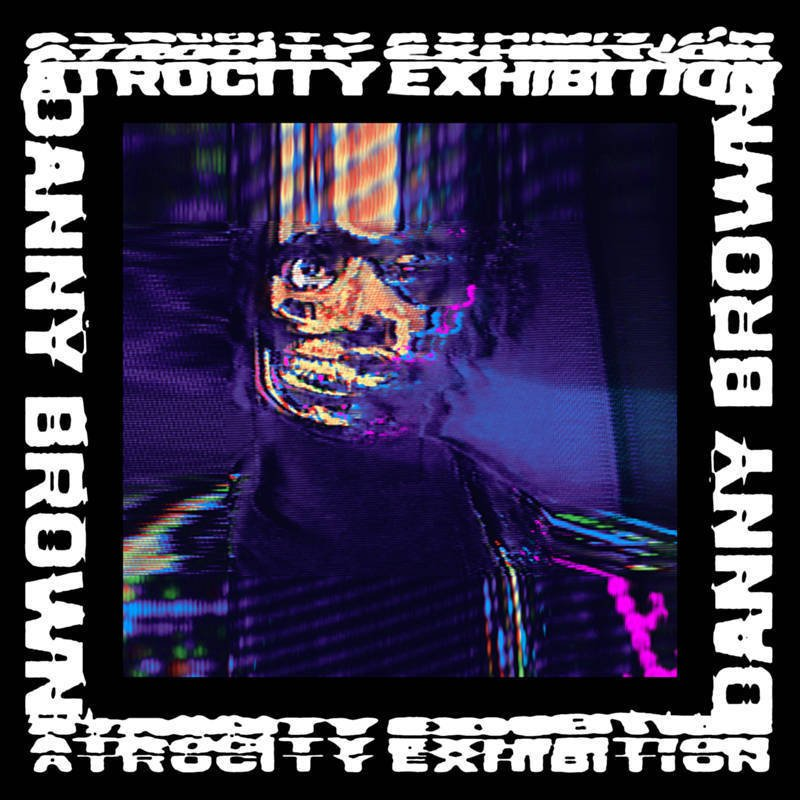 For three years, Detroit indie rapper Danny Brown has been silent. After releasing two of the most unique rap albums of the last 5 years, Danny dropped somewhat off the radar, stopping his period of rapid song production. However, after a somewhat trying wait for his fans, Danny is back. And he’s darker, fresher, spacier, and more unique than ever.

Danny Brown has set off on a mission. That mission is to be, above all, the most individualistic rapper in the game. That does not mean he is afraid to feature artists on his tracks, or collaborate on projects with other producers and rappers. It does mean, however, that he plays a game of uniquity. It can be said that no other hip hop artist brings more of a distinctive flavor than Danny, and this is certainly reflected through his newest project.

Atrocity Exhibition is an album defined by suffering and subsequent liberation. A narrative of pain is established through songs like “Downward Spiral,” which is counteracted by ideas of release in tracks like “Get Hi.” Danny’s gnarly, heavy, and sometimes high-pitched flow varies from track to track, underscoring the themes expressed within. For example, the intensity and frantic nature of Danny’s rapping on “When It Rain” pairs with the dark nature of the ghetto communities described within the song. At the same time, Danny’s almost squealing, indulgent flow on “White Lines” complements the abysmal pursuit of pleasure expressed within the track.

On the only track with multiple features on the album, “Really Doe,” Danny explicitly chooses the artist he features with intentions defined by the nature of the album. Kendrick Lamar, with his Compton origins, adds his ghetto perspective to the track. While Earl Sweatshirt, one of the darkest rappers in the game, injects his monotone intensity into the already thriving theme of dread within the album.

Overall, through this project, Danny strays from the highly popular, drug-riddled singles such as “Dip” that pushed him into the mainstream in the past. Instead, Danny delves into depths of darkness, exposing the dark side of ideals previously glorified in his past projects.