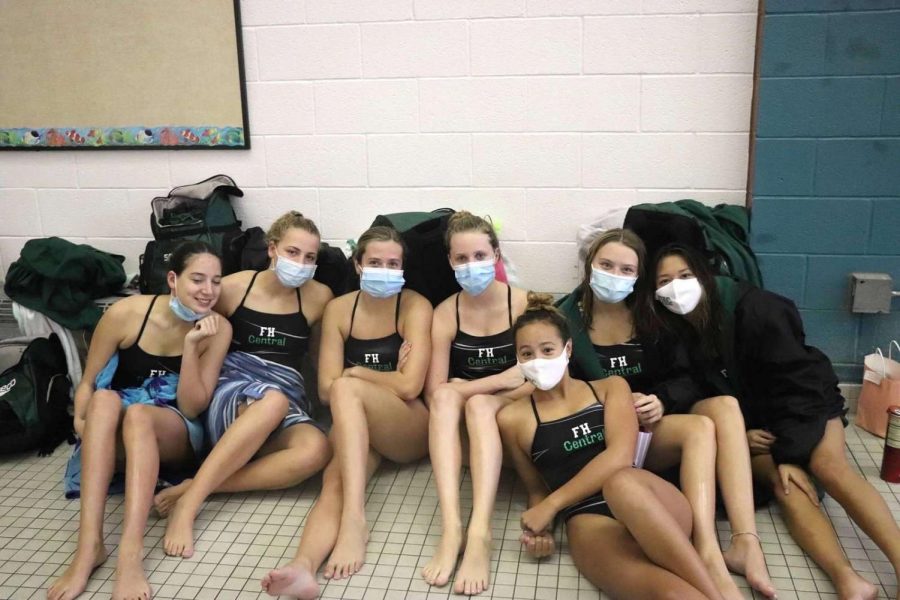 The Ranger girls swim and dive team continues to be undefeated, achieving their fourth win last night against Byron Center, beating them by a score of 91-88. The girls have been working very hard this season during practices and focusing on earning their 4-0 record.

“Central split with Byron Center with each team on 6 events each, but it was the Rangers’ depth that helped them to the victory. With seven silvers and eight bronze place finishes, Central pulled away as they twice finished with a 1-2-3 sweep in the 50 yard Freestyle and in the one meter D3iving,” head coach Dennis Neat said.

The Rangers had three divers in the top three spots against the Bulldogs. Sophomore Olivia Thornley placed first overall with a score of 180.50, freshman Rachael Yeager took second place with a score of 169.25, and sophomore Noelle Stewart took third place, scoring 162.20 points.

For the conference finale, the girls will face off against one of their toughest opponents: East Grand Rapids. The meet will take place on Tuesday, October 27 at EGR at 6 PM.