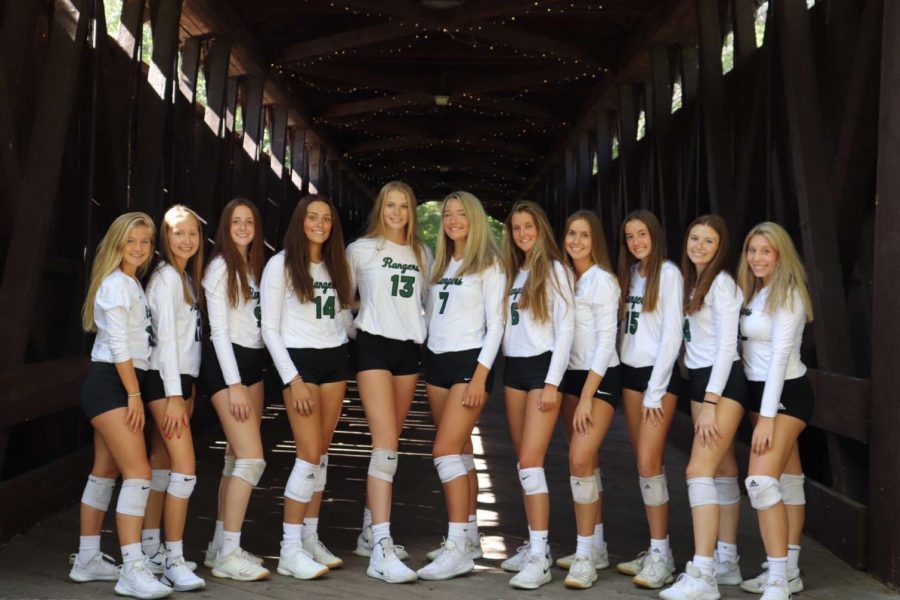 This past Tuesday, the varsity volleyball team took on the East Grand Rapids Pioneers in another OK White Conference showdown. This game had a lot on the line for the Rangers, given that it was the first round of conference games for them. After dominating the Pioneers in this past weekend’s quad games, the Rangers were prospected to be the winning team. In just three short sets, the Rangers were able to overcome the Pioneers and move on to the next round of play.

Several Rangers had outstanding performances and were crucial in securing the win. Senior Julia Bouma and junior Sophie Shields dominated defensively with each of them securing eleven digs each. On the offensive side of the game, senior Tatum Otolski led the team with ten kills. Sophomore Sarah Dunn and junior Brooklyn Conner finished close behind with thirteen kills between the two of them. Lastly, senior Morghan Tilton had an astonishing 39 assists, leading the team in that area.

The varsity volleyball team will take on the Grand Rapids Christian Eagles this Thursday, October 22 at 6:15 pm. The teams will be competing in the OK White Conference semifinals. Earlier in the season, the Rangers took on the Eagles and suffered a tough loss to them; however, they are looking for a different outcome in the game ahead.