The dirtiest player of all time: What happened to Vontaze Burfict? 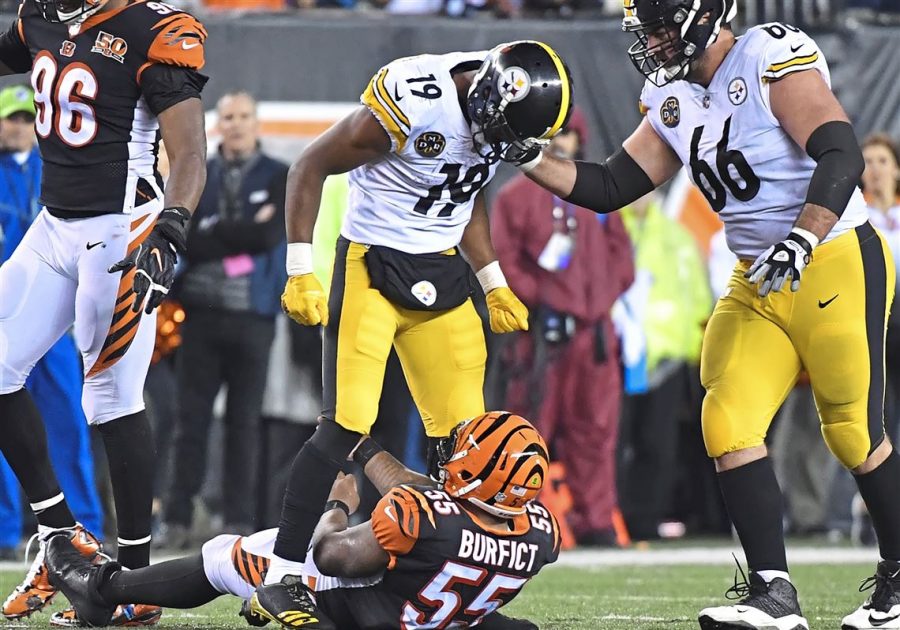 An all honor prospect, at 6’2, 244 lbs, Vontaze was getting offers from almost everywhere. He was a five-star recruit on 247-Sports and played in many big games as a senior. During his time at Centennial High School in California, he played in a state championship in which his team won, and he also played in the U.S Army All American Bowl. Burfict was having an amazing year with crazy stats that includes 159 tackles, 2 sacks, 2 interceptions, and 2 fumble recoveries.

On National Signing Day, Burfict switched his commitment from the University of Southern California to Arizona State University, which turned out to be a huge pick up for the Sun Devils.

During his first year at ASU, Burfict did not meet the academic standard of the NCAA and was forced to sit out until he was eligible. He continued to be ineligible for the first half of the season, but he returned mid-year to prove the world of college football wrong. He earned Pac-1o Defensive Freshman of the Year while having the second-most tackles on the team. His sophomore season was even better, but Vontaze was benched for a time for having too many personal foul penalties. These events would foreshadow the downfall of his NFL career. His junior year was inconsistent, but still led to him leaving for the NFL Draft and forgoing his senior year in college.

After posting poor pro day numbers, Burfict went undrafted and was signed by the Cincinnati Bengals, where his career looked promising. In his first two years combined he had 298 tackles, 4.0 sacks, and 1 interception in 32 appearances.

In 2014, Burfict was promoted to starting inside linebacker. His time was limited that year because of back-to-back concussions and a knee injury that landed him on IR late in the season. He also earned the second fine of his career for twisting quarterback Cam Newton’s ankle.

In 2015, the most dangerous play ever made by Vontaze occurred. Late on a game-winning drive for the Pittsburgh Steelers, QB Ben Roethlisberger threw a pass to Antonio Brown who was then smacked by Burfict which was a highly illegal hit. AB was an All-Pro Receiver at the time, so this made many fans mad to see such a blatant hit on a star.  Brown was knocked unconscious because of the hit and fans feared for him as he laid on the field.

Suspensions would continue to keep piling up for him having not played a complete season since 2013.  Vontaze had to sit out 8 games combined in 2016 and 2017. He was released from the Bengals in 2018 and signed by the Oakland Raiders in 2019, only to be cut by them after the season.

Burfict remains a free agent and does not look like he will ever play in the NFL again. It’s sad to see a guy’s career go to waste because of stupid decisions made by a good player.