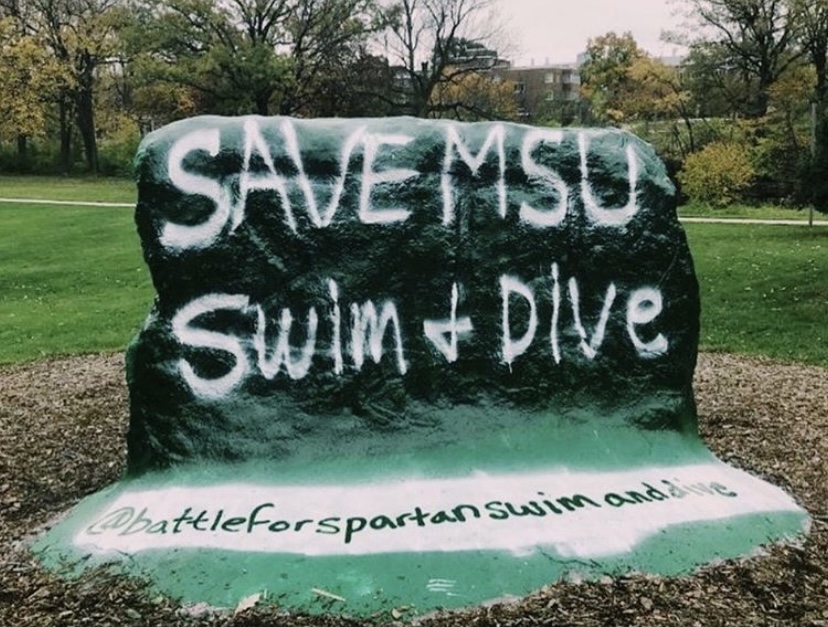 Last Thursday, Michigan State University athletics decided to cut the university’s division one swim and dive program. The program will finish out its 20-21 season, then it will be over. This news came as a shock to many— especially the athletes—considering they found out about it by social media articles, instead of their coaches beforehand. This decision impacts all current swimming and diving athletes and those that have committed for the following seasons.

The impacts of COVID-19 have been prominent to every university, so it isn’t too surprising for the need to gain money from other sources. Major income from housing, enrollment, and fans at sporting events has drastically decreased due to the coronavirus. Although the universities need the money to come from somewhere, it is very unfortunate to those athletes whose sport is basically ruined for them. Compared to the major income sports of basketball and football, the swim and dive program doesn’t bring in nearly as much money, but they are still athletes attending the university. The university is expected to fall $30 million short in athletics income this year. Though it only takes about $2 million to run the swim and dive team each year.

Now, for a few facts about the MSU Swim and Dive team. Since the team came back to campus this fall, not one of the sixty student athletes has tested positive for the coronavirus, unlike several other sports at this university. Also, in 2019 and 2020, the women’s team received an award for having one of the top team GPAs. All of these accomplishments just for a disappointing outcome of being cancelled.

Although the decision has been made final by the athletic director, many students, alumni, parents, coaches, and athletes are trying to save the program. The cost of saving the program isn’t the difficult part. The aquatic facilities on campus are very old and run down, so paying for new facilities in the next few years is the bigger issue. No team should go through the cancellation of their program, let alone in a time like this.