Emma Chamberlain’s podcast is her most authentic endeavor 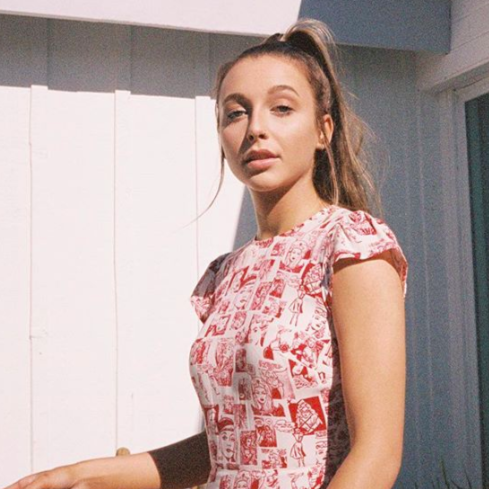 It seems that every few months I have the “worst week of my life.”

Every time this infamous week occurs, I think to myself, it cannot possibly get worse than this. I thought the same thing this past August when I had two surgeries in one week, saying I cannot get any lower than I am right now.

I did. The Worst Week of this October trumped all others prior, but I had that same thought in August, and I’ll probably have the same thought again in a few months.

It’s not cynical—it’s just my life.

When music isn’t enough to get me through these navy-blue abysses, I often turn to other forms of distractions, such as Cody Ko and Noel Miller’s That’s Cringe videos—videos I’ve seen so many times, I can quote most of them verbatim—or my tried-and-true Crime Junkie podcast.

Podcasts, specifically, have saved me from these, simply put, awful weeks. When I’m too distraught to pick songs, or I’m too familiar with videos I’ve seen more times than I’d care to admit and crave something new, podcasts with new episodes weekly offer something to look forward to, and something to just press play on and let only my ears do the work of listening.

Emma Chamberlain’s podcast, Anything Goes, has colored every Worst Week these past six months or so, and I remember so vividly the first time I gave it a listen.

I’ve been an avid fan of Chamberlain since I was in eighth grade—when she was a small YouTuber who vlogged driving around San Francisco in her Subaru with an iced coffee in one hand and chapstick in the other—and have, of course, been following along with her many different endeavors these past few years.

From her collaborations with Louis Vuitton, to the launch of her own coffee company, to the release of her podcast, 19-year-old Chamberlain is wildly successful. My favorite endeavor that she has embarked on is her podcast, for it reminds me of the fall I first discovered her when she had under 500,000 subscribers—a stark contrast to her now almost 10 million—and simply talked to the camera like she was talking to a friend.

Originally titled Stupid Genius, which was released about a year ago, the podcast initially followed a thirty-minute format in which Chamberlain discussed very random topics, such as why onions make us cry or why we dream. I did give this initial podcast a listen, but I yearned for more—Chamberlain often discussed in her YouTube videos how her biggest wish was to host her own podcast, and Stupid Genius didn’t seem to encapsulate the Emma Chamberlain that I had been following for three years.

It was short, and it was random, and it didn’t seem to fit her brand or style at all.

So, when she completely rebranded her podcast a few months ago, I was actually so excited.

Newly titled Anything Goes, each episode ranges from 45 minutes to over an hour, and it is completely raw, completely unfiltered, and completely Emma Chamberlain.

And the first time I listened to the first episode of this ultimate shift in gears, I was six feet under in the Worst Week of August. Bed-ridden from my wisdom teeth removal, swollen and sore, and completely over not being able to chew my food, I wrapped myself up in my favorite quilt and just listened to Chamberlain’s familiar raspy voice.

With the unique format of the first half of the episode simply being a recap of the last week in Chamberlain’s life—always humorous, always interesting, and always completely unfiltered—and the second half of the episode being a Q&A session with questions from fans, Anything Goes is truly never boring because… anything goes.

Deeply insightful and full of advice, Anything Goes is sort of a physical representation of the growth that Chamberlain has experienced these past three years; she’s like the older sister I never had, and although it feels a little out-there to have such a deep connection with an “influencer,” with Chamberlain, it feels different.

Because she initially started her YouTube channel as just talking to the camera as if she was talking to her best friend, or her sister, or someone she’s very close with, and Anything Goes is definitely that same format—that same feeling.

It’s warm, it’s passionate, it’s familiar, it’s humorous, and, above all, it is Emma Chamberlain in her purest form.