The “Hitman”; what happened to Bob Sanders 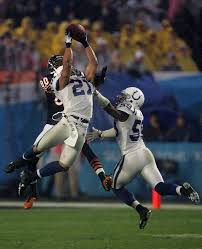 It seems undersized players are becoming a bit of a trend in this series. Demond “Bob” Sanders was a 5’8 Safety who played with exceptional speed and aggressiveness. Bob was ahead of his time and shortly became a star in a league full of insane human workhorses who will kill you if you’re not big enough. Many people did not believe Bob could have a good career because of his size—that changed quickly.

As a recruit, Bob decided to go to the University of Iowa, where he would become a 4-year starter. His career would prove to be a flash of what was to come in the NFL after earning 3 years of All Big Ten and even All Honors one of the years. Bob would cause many turnovers in his time in Iowa City and prove to be an early pick.

In the second round of the NFL Draft, the Indianapolis Colts drafted Bob with the 44th pick. His role was to be a backup safety and transition to a starting role while also helping out on special teams.

In his rookie season, Sanders would only appear in 6 games due to knee and foot injuries. Of course, we can’t write about a player without him getting injured at least once. Well, for Bob, he got injured twice in his rookie season. At the time, an NFL player’s career could be over with leg injuries. Surprisingly, Bob still managed these injuries well and would find a way to carve out a good career.

In his sophomore season, Sanders would have a bounce-back year. He appeared in 14 games this time and would be pivotal in a strong Colts defense. This year, Sanders would finish with 91 tackles with 71 of them being solo tackles. He also had one interception, one force fumble, and one fumble recovery.

The future of the Colts heading into the 2006 season looked very bright. Peyton Manning, Marvin Harrison, and Dallas Clark, all future HOF who would lead this offense followed up with a defense that had Bob, Dwight Freeney, and Robert Mathis. Sadly, Bob would get hurt again and have to sit for most of the year. On the other hand, Bob would get to come back and play for the playoffs. The Colts would go on to win the Super Bowl over the Chicago Bears by a score of 29-17. Late in the game who else but Bob Sanders would pick off Bears’ quarterback Rex Grossman, which would help ice the game.

The next season would be hard to top, coming off a year where your team won the Super Bowl. Well, how about being named Defensive Player of the Year? Sanders would have the best year of his career playing in 15 games. He would have 96 tackles, 6 passes defended, 2 interceptions, and one fumble recovery. This statistically isn’t an insane season, but at the time, for a Safety, these stats would get you DPOY.

In the next 4 seasons, we would only see Bob appear in 11 games. Injuries continued to plague his career, and he would be out of the league in 2011. Leg injuries in 2008 would make him end the year on injury reserve, which would force him to sit the rest of the season after playing in 6 games. 2009 and 2010 Bob appeared in 3 games and landed on IR twice because of arm injuries that included a torn bicep tendon. In 2011, Bob would sign with the San Diego Chargers to try and revive his career with the limited amount of time he had left in his prime.

Just like that, the star Bob Sanders would get hurt for the 4th year in a row, forcing him to retire after the 2011 season. Bob was on pace to make it to the Hall of Fame if it wasn’t for these brutal injuries. His career is quickly forgotten in the past years and people often forget how dominant he was for his size. It is a true shame that his NFL career had to end in such a melancholy way, but he would pave the way for sizes similar to his.