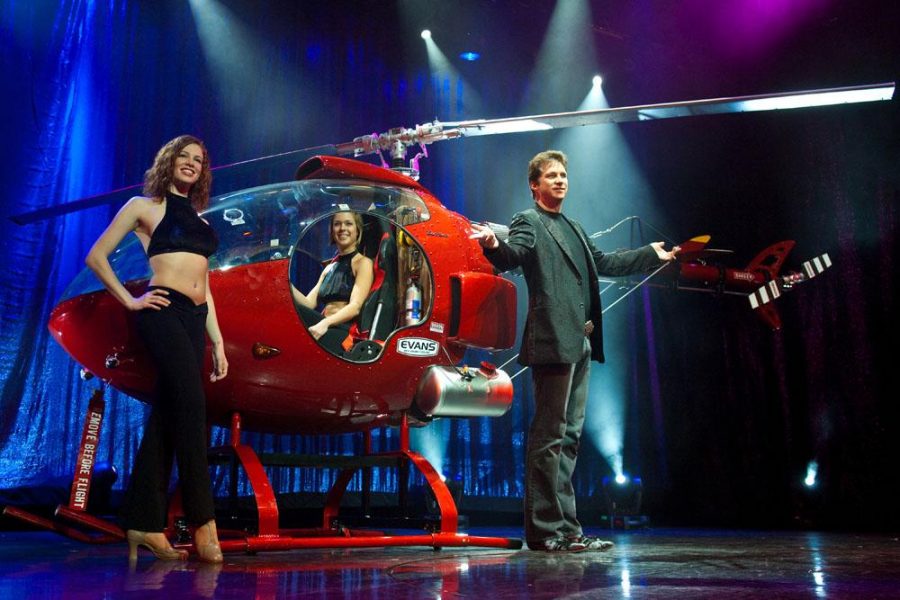 Magician Greg Gleason has come a long way.  When he was 12, he saw a magic show on TV and was intrigued.  Soon after, he took the short trip from his home to downtown Dallas, TX, to buy his first magic set.

After paying his way through college by performing magic shows, he was hired one day after graduation as a professional magician.

Now, he spends his days on cruise ships, touring the country, or at his home in Las Vegas preparing for his next show.  One of his upcoming shows – as part of a five-magician show called Masters of Illusion – is Thursday, Oct. 20, at the Forest Hills Fine Arts Center.

“It will be a show that everyone will enjoy, regardless of age,” Gleason said in a phone interview from New York where he had a two-day layover between shows.  “That’s the thing about magic – it has universal appeal.  Seeing the magic live is not like watching it on a television show.”

The Masters of Illusion group is in the midst of its fall tour, coming to Grand Rapids after several weeks of performing including shows in Atlantic City and New York.  The October 20 show  in Forest Hills is a national tour of the hit TV show on the CW network featuring many of the show’s current illusionists. Gleason is one-fifth of the show that includes other illusionists and comedic magicians.

“It’s a two-act show,” Gleason said.  “All five of us will do a set in each act.  Depending on the size of the stage and the backstage area, we’ll do the illusions that fit.”

According to Gleason, the tour travels with more than 20 illusions in a full-size trailer.  The illusions they perform for each show depends on the size of the venue.

“My favorite and most memorable illusion is when I make a full-size helicopter appear on stage,” Gleason said.  “If the venue is big enough, that’s the illusion that the audience will always remember.”

Gleason said he has “literally been around the world seven times” as a part of his 17 years performing on cruise ships.  He has also set foot in 87 countries during his career.  But, for one night next week, his focus will be on Grand Rapids.

“It will be a great family show geared for everyone,” he said. “ You can come out and laugh or be amazed by illusions.  It’s truly great entertainment for everyone.   It makes you feel like a kid again.”