Amy Coney Barrett is nothing short of anti-feminist 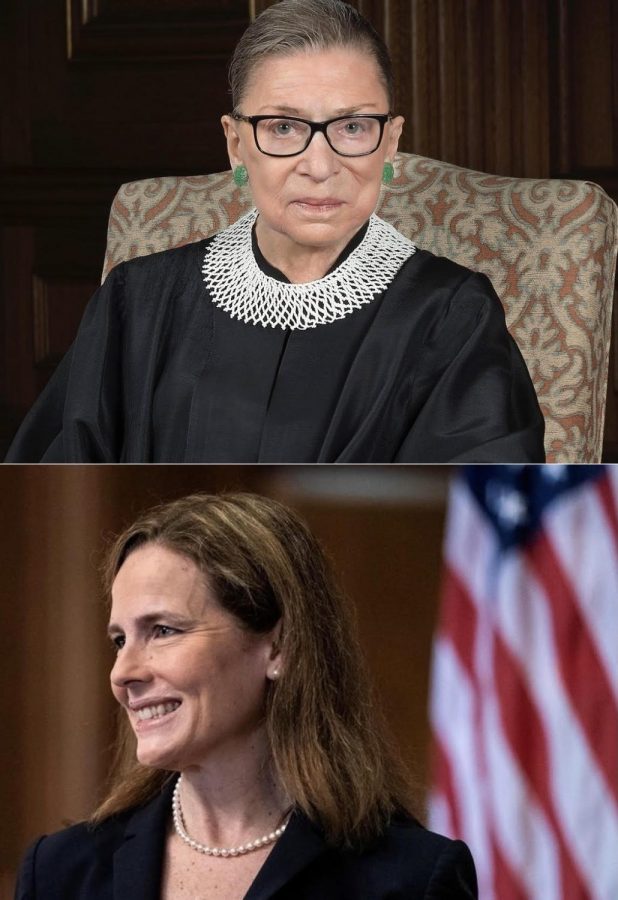 Ruth Bader Ginsburg. A woman famous for her dissents; standing against the majority—and on the side of women through discrimination—on the basis of sex.

Despite what many people may believe, there are still women who are against other women’s freedoms. Women who choose to use their power to harm other women by reducing their freedoms and rights in a system are anti-feminist.

Amy Coney Barrett, who, for Ginsburg, is a less than a favorable choice for Supreme Court Justice, was sworn in on October 27, 2020. And, in denying one of Ginsburg’s final requests where she said to her granddaughter (Clara Spera) just days before her death, “My most fervent wish is that I will not be replaced until a new president is installed,” President Donald Trump chose to instead seize the “opportunity” and nominate Barrett.

On the basis of abortion, Barrett will vote against Roe V. Wade as she has stood against the woman’s choice in the past.

And, although she has not ruled specifically on abortion before, she has however reviewed two abortion restriction cases during her time on the appeals court. For one, Barrett voted in favor of a law that would require doctors to inform the parents of a minor seeking an abortion—with no exceptions. In another, she also was in favor of a state law that would ban abortions related to sex, race, disability, or life-threatening health conditions.

In speaking about what her plans for Roe V. Wade are to the Texas Law Review in 2013, she went on to say that, “I tend to agree with those who say that a justice’s duty is to the Constitution and that it is thus more legitimate for her to enforce her best understanding of the Constitution rather than a precedent she thinks is clearly in conflict with it.”

So, in it also being known of her dedication to the Catholic faith and her previous positions involving abortion, it is no secret that Barrett poses a threat to women’s constitutional rights.

In a society that is built off of straight white men prospering, many women cling to the idea of “my body, my choice” for stability throughout ever-changing politics. In 1973, when the procedure became protected nationally, many women celebrated this freedom and their right to a safe and effective abortion. In truth, all that pushing the right to abortion back onto the individual states will do is increase unrest in this country—even more so than we have ever experienced before on the basis of women’s rights.

Looking at the consequences of Poland’s near-total ban on abortion throughout the past couple of weeks, it is clear that women everywhere are not looking to let their rights be taken away without a fight. Poland’s right-wing government has delayed an implication of a court ruling that would impose an almost complete ban on abortion after two weeks of what has been the most protesting the country has seen since the collapse of communism in 1989.

In truth, overturning Roe V. Wade will only increase the number of unsafe procedures in the country. This consequence will prove incredibly deadly to women—even more so than the issue of unsafe abortions is now. Even more, the case represents the right to privacy as well. And, with that stripped away, it is only a question of when other fundamental women’s rights will start to crumble.

Privacy protects civil liberties and civil rights. Reproductive justice doesn’t just include abortion rights but health care and access to it, as well as safe housing and education. Barrett will undo a system that feminists like Ginsburg have fought their whole lives to protect; it’s only a matter of time.