Through all aspects of Logan Verlinde’s life, he keeps his friends close 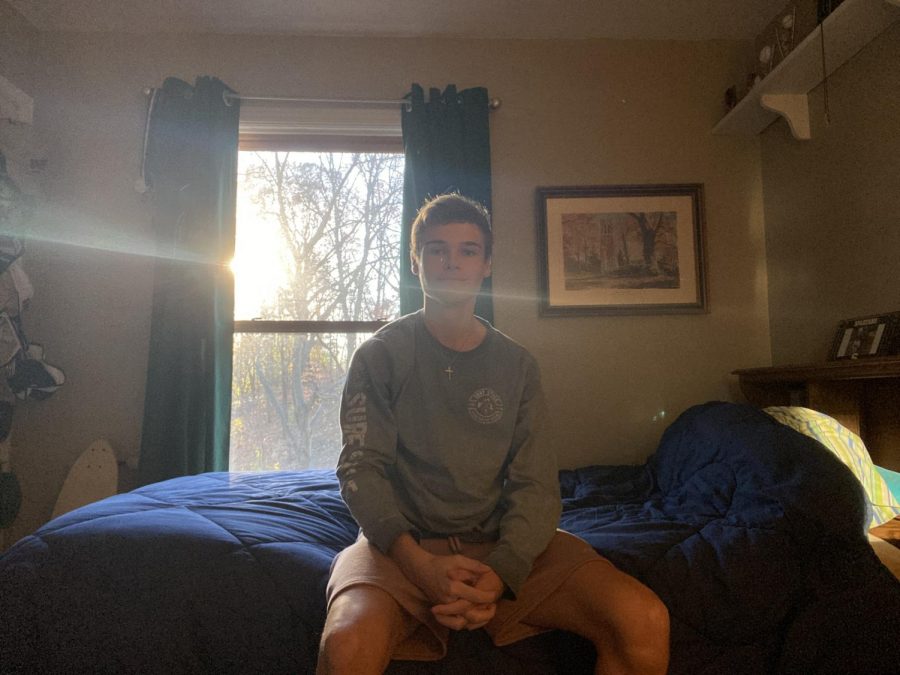 Junior Logan Verlinde has kept one constant throughout his high school career: his friends.

Logan does a plethora of things in his free time, but he appreciates spending time with different groups of people he sees the most. From baseball to band, Logan has made friends throughout each season of his life. And his favorite thing through all the different activities he takes part in is getting to be on a team.

“[My favorite thing about baseball] is getting to play as a team,” Logan explained. “[And] having fun and getting out there to play together. Before being on the team, I wasn’t really close with a lot of [my teammates], but after, we became close.”

In the spring, Logan finds himself mainly focused on baseball and his overall experience in that area of his life. His friends have helped him make the FHC baseball experience more enjoyable and, overall, something worth doing.

One of Logan’s favorite parts about playing for FHC is that after a victory going out to get food with his teammates. It’s a special time to come together and to not only reflect on how they did but also just to celebrate together.

“After away games, we would go and get food,” Logan said. “[The next day], everyone would come to practice, and we were just so pumped up that we had done well.”

The baseball community that Logan has watched blossom right in front of his eyes has kept his closest friends near and dear to his heart regardless of the number of times his team would win.

Besides baseball, Logan finds his time is also taken up by playing in FHC’s band. But, for him, it’s more than just playing the trombone for our school; it’s the people that make his experience a hundred times better.

In band, the people that Logan has met through this class—since sixth grade—has helped shape who he is today simply through the people that he’s become close friends with. He also finds that his friends make his overall experience more enjoyable. Band is something worth doing to Logan because of the lifelong friendships he’s created over time.

“I’ve definitely made friends through band,” Logan said. “A lot of them are in it. So, I have a lot of really good friends there—we’re all pretty close.”

Creating friends through unexpected experiences can be life-changing, and Logan is just glad he gets to see and spend time with people who he clicks with. It’s the simple joys of band class that makes his day so much better, but, without school to keep all of the band kids together, Logan works to catch up with his friends in another setting: band camp.

“At band camp, at night, we have a bunch of fun activities to do together,” Logan said. “Which gets competitive sometimes—which is fun; it’s fun with everyone.”

Logan doesn’t take for granted the friendships he’s created and is ultimately grateful for his whole experience as part of the band. Everything that happens in class (or out on the field) is something worth doing for him because of the time he gets to spend with the people who make everything better: his friends.

“[The thing that has kept me in band] is all of the friends I’ve made,” Logan said. “Without them, it wouldn’t be as fun.”

Logan doesn’t have any trouble keeping in contact with his friends because he puts the effort in to see them outside of school, and he also makes sure to text them to catch up. Logan thinks of the people in his section in band as some of his closest friends; growing up with the same group of people has made band worth taking for Logan.

After not getting to all officially play together for home football games, Logan was ecstatic about finally being able to play with his friends during half time. It really showed him and everyone else in band how much they had missed performing together and getting the crowd riled up for the big games. And, while they had missed the whole season, FHC’s band did get to play at the homecoming game, and that was the highlight of band this year for Logan.

Although Logan’s baseball and band friends are kept separate in his life, he still looks forward to being with both groups throughout the various seasons. Logan likes to put himself into diverse scenarios with different people so he can make new friends and create a base of people that will always have his back.