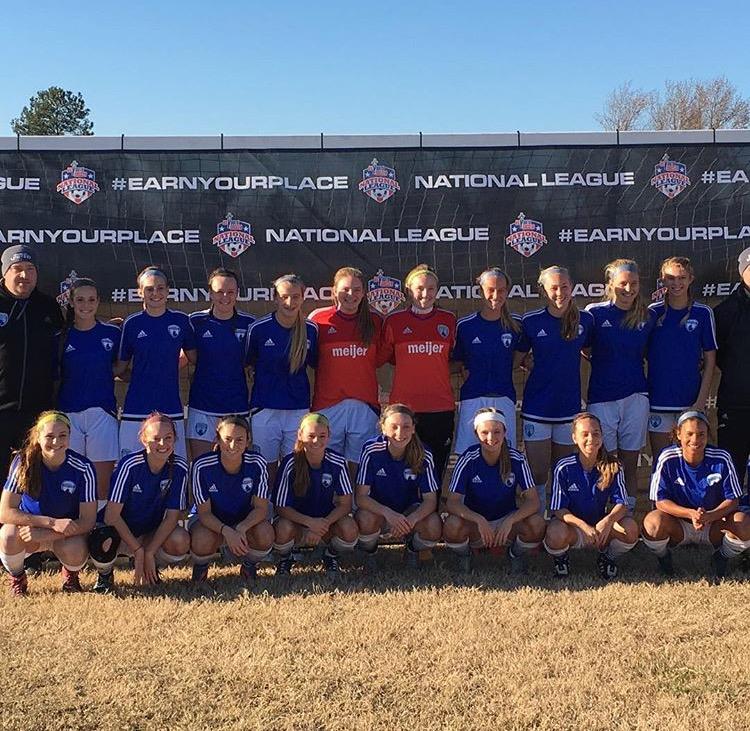 If you know her, you might call her Stitch.

“People call me Stitch because my dad made it up when I was a baby,” sophomore Stephanie Currie said. “When I was younger, I told my soccer team the nickname, and it’s followed with me ever since then.”

At only 15 years old, Stephanie knows where her heart is. The Rangers’ current left forward will continue her soccer career at the University of Toledo. Stephanie was also interested in the University of Miami (FL) and the University of Michigan. She committed to be a Rocket on Sep. 7, 2016. Toledo is a member of the Mid-American Conference under NCAA Division One. Stephanie knew Toledo was for her after taking her second visit to campus. She plans to study in the area of exercise science.

“I picked Toledo because I really like the campus,” Stephanie said. “I love the coaches, and they gave me a good scholarship. Toledo came to scout our team at a practice, and they said they thought I was perfect for the position of left forward and their team.”

Stephanie started playing the game when she was four years old. She was introduced to soccer by her parents and, ever since then, she’s been in love with it. Stephanie plays for the FHC girls varsity soccer team, as well as Midwest United FC. She enjoys playing for both teams, but for different reasons.

Being on two very good teams, Stephanie has had many experiences that she will remember for a long time. Last year as a freshman, she was part of a special varsity soccer team that made it all the way to the state semi-finals before losing their only game of the season. Her favorite soccer memory however was made with her club team in the biggest game of her life.

“The highlight of my career so far has to be from the national championship,” Stephanie said. “We won, and I scored the winning goal.”

Being a left forward, Stephanie relies on her speed and her skills to out perform her competition. She works on things away from the game to get her ready for the season. Although she’s already a Division One athlete, she knows she has to get stronger to become an even better player.

“I work on things besides just going to practice,” Stephanie said. “I go to a weight trainer every week; I run a lot of sprints and go for distance runs on my days off. Before going to Toledo, I need to get stronger. I’ll work on that by going to see my trainer and making sure I never get pushed off the ball.”

While she is already committed to her future, she still has a few years to enjoy high school, soccer, friends, and family. Now all she has to do is enjoy the game she fell in love with as a kid.

“I love soccer because I’ve been playing it ever since I was little,” Stephanie said. “I just fell in love with it.”