The 1975 urges feelings out of my adolescent self 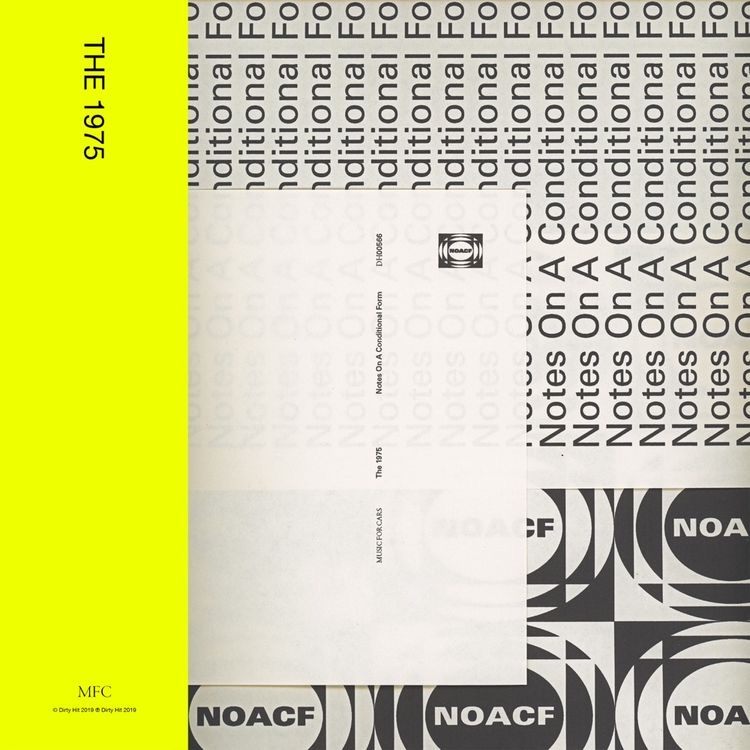 As a band that hits every priority, The 1975 continues to inspiringly form musical, abstract art.

This small, yet powerfully talented, British band—composed of four musicians—uses their alternative music to draw attention to important topics. From heartbreak and depression to drug addiction and climate change, band members Matty Healy, Adam Hann, Ross MacDonald, and George Daniel have delivered yet another masterpiece.

Their newest album, Notes on a Conditional Form, is an arrangement of 22 songs, ranging from one to six minutes. Utilizing instrumental and lyrical techniques with rather weird music videos, this album impressively delivers a multitude of messages to listeners.

I was infatuated with this album beginning with the song “The 1975.” From impactful words to promoting #TeamTrees, a fundraiser that raised twenty million dollars to plant twenty million trees, this song coerces listeners to speak up and take control of climate change. While barely a song at all—as lead singer Matty Healy does not sing—a young voice conveys the importance of our climate and ecological crisis.

It is not only that a young voice speaks out against crises, but that the whole album plucks the strings of adolescents. Through their album’s music, The 1975 touches on multiple subjects of mental health within subliminal messages and head-bopping lyrics.

“Frail State of Mind” delivers a vibe-worthy beat accentuating Matty’s message about depression. Noting the insecurities of others, and their excuses of “I’m fine,” I couldn’t help but favor this song as a relatable, often depressed, teenager. Caring what others think of myself is such a prominent feature in my life, and The 1975’s address towards loneliness is a comfort to my sensitive personality.

And with such sensitivity follows the desire to be someone I’m not. “Roadkill” conveys that those I desire to be are not always what they seem. Yet, that’s what life is. Growing up deciphering feelings is how we, as humans, grow. Songs like “Roadkill” are what I strive to be inspired by and deeply ponder on lonely nights.

It is loneliness within those nights that tempt people into unhealthy habits. Wanting to cry listening to songs is something I never thought I would do, yet “The Birthday Party” and “Nothing Revealed/Everything Denied”  had me doing just so.

“The Birthday Party” shadows Healy’s past drug addiction and feelings of disconnection from the world. As someone who knows many who have lost the battle with drug addiction, this oddity of a song hits on another level.

Different yet similarly sad, album visualizer “Nothing Revealed/Everything Denied” unexpectedly became my favorite song. While beginning with a classical beat, this song transitioned from dancing notes to something near rap. It had me gripping onto each lyric, bouncing to every beat, and wondering if there is anyone in the world like me. A specialty to the album, it had me tearing up by the first few lines.

“Life feels like a lie, I need something to be true. Is there anybody out there?”

Dissociating from the norm, the album’s songs “Don’t Worry” and “Me and You Together Song” spark positivity. Prompting to have fun with life and love, these songs make me crave to impulsively join the early 2000s music video and forget my worries.

With many more songs in the album, The 1975’s Notes on a Conditional Form was other-worldly. Collaborating with various artists, this album brings a whole new meaning to music through visuals, lyrics, and drop-dead beats.

Varying in styles, this band continues to take risks and release music completely out of their comfort zone: indie-pop, rock, rap, classical, and a hint of jazz. Listening to their music, it allows me to travel someplace calm, fun, crazy, and sad. Notes on a Conditional Form sparks a multitude of feelings in my emotion-filled body through relatable and empowering messages.