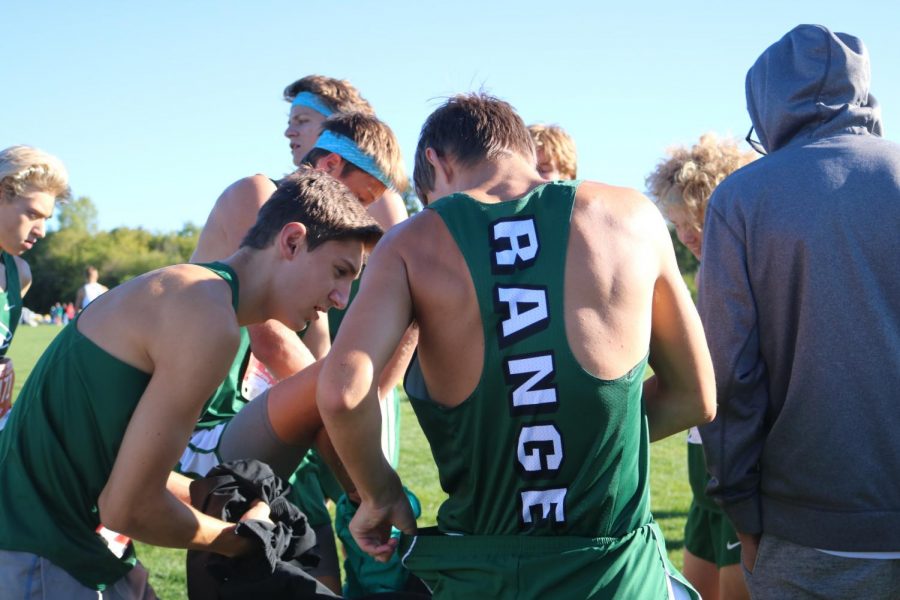 As the girls cross country team traveled to Michigan International Speedway, everything seemed like a blur. With the unusually warm weather at this time in November, it almost felt like they were racing in the spring or in the early season. It did not help the lady Rangers adding this factor to the race. Along with it being their state meet and the last meet of their season, and for some of them their career, it was a blur of emotions all day.

“Everyone had an incredible year,” Head coach Ryan Schipper said. “Everyone on this team exceeded my expectations for this season, and I am extremely proud of everyone.”

The lady Rangers were riding all of the momentum they gained from the playoffs into this meet, and it really showed for two racers. Freshman Clara James-Heer and senior Whitney Currie were racing their hearts out all year round, and when it came to the postseason, something just started to click. They both finished in the top 10 for all three races in the postseason, and as they went to compete against the best of the best, they finished very high once again.

Clara and Whitney took off and as they always have all year, they started off strong with both of them being in the top 10 for most of the day. As the race went on, Clara kept her spot intact while Whitney fell behind just a little bit. In the end, Clara was the top finisher for the lady Rangers as she finished in sixth place with a time of 18:12. Whitney ended up finishing in a still very impressive 17th place with a time of 18:49. Altogether, the lady Rangers as a team finished in 18th place out of 28 teams at the state meet.

On the boys side, the Rangers had two runners competing individually. Junior Sam Yeager finished in 103rd place with a time of 16:39.31, while sophomore Ethan Krampe followed in 130th with a time of 16:55.84. To break the 17-minute barrier on this course is a difficult task, and these two ran well and gained invaluable experience competing against the best in the state heading into next year.

“The meet was filled with so many competitive athletes,” Junior Sam Yeager said. “I hope that our teams can have the same opportunities next year.”