Sophia Badaluco finds herself vicariously through her relationship with her grandmother 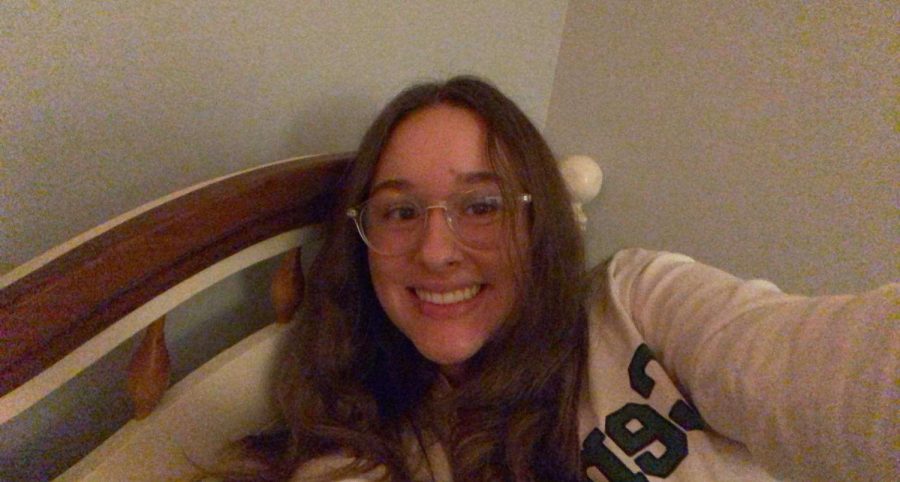 Sophomore Sophia Badaluco describes herself as “funny, mature for [her] age, and a big fan of Australia.”

Nonetheless, throughout her tendency to focus on being responsible, there is so much more to Sophia than just the label of ‘mom friend.’

“[Being labeled as the ‘mom friend’] can be fun, but it also can be annoying,” Sophia admitted. “At the same time, though, I am prone to making better decisions than everyone else.”

Even with this small part of her seeming to be many peoples’ perception of her, Sophia likes to accredit her character more to the people she holds close rather than just her habits.

She is incredibly close with her grandmother, and, although she has moved from Indiana to Florida (and farther away from Sophia), their bond has only grown stronger as she has only grown into herself and her bright personality.

“I have an older sister,” Sophia shared, “and she’s around ten years older than me. So, when I was little, my grandma was around me the most because my sister was older and wasn’t as interested in doing as many things with her. She comes up from Florida [now] and we go do stuff together.”

Growing up, Sophia has found a way to meet in the middle with her grandmother around her changing interests. One of the frequent activities they do in spending time together is attending  football games .

“We go to a lot of football games; a lot of Michigan State games,” Sophia said. “She [used to take me] to Meijer Gardens all the time.”

Luckily for Sophia, her relationship with her grandmother is one built on trust–and the special understanding of one-another that only once-in-a-lifetime best friends have. One could even say she has found a platonic soulmate in her grandmother after years of growing only closer and closer.

“Now that I’m older, even though we live far away, I still talk to her a lot. Like the other day, I was on the phone with her for about three hours: just talking about everything and anything.”

To further prove the similarities between Sophia and her grandmother, they both have a passion for traveling.

“She loves to travel,” Sophia said. “That’s part of the reason that we get along, too. She asks me all the time [if I would like to travel with her], and she’s been to Australia which is one of the places that I would really like to go to. When I’m older, she’s talking about taking me there with her and maybe even living out there for a little bit to see if I like it.”

Balancing a healthy relationship with family members can be difficult to maintain. However, it appears that Sophia has mastered the art of openness with some boundaries pertaining to her personal life.

“[I don’t tell her everything] from my personal life,” Sophia admitted, “but we can just talk about anything because I’m just so close to her. We talked about the election, school, just anything—just throw it at her and she will find a conversation to make out of it.”

But, no matter how strong their connection may be, they have a physical barrier to overcome in their relationship being that Sophia has not been able to see her grandmother since the summer of 2018. Sophia truly believes that she and her grandmother would have been best friends if they were to have been the same age.

“It’s one of those relationships where [she’s] like my best friend,” Sophia said, “but [she] is also someone who can give me advice. We’re just very close, and we just kind of click.”