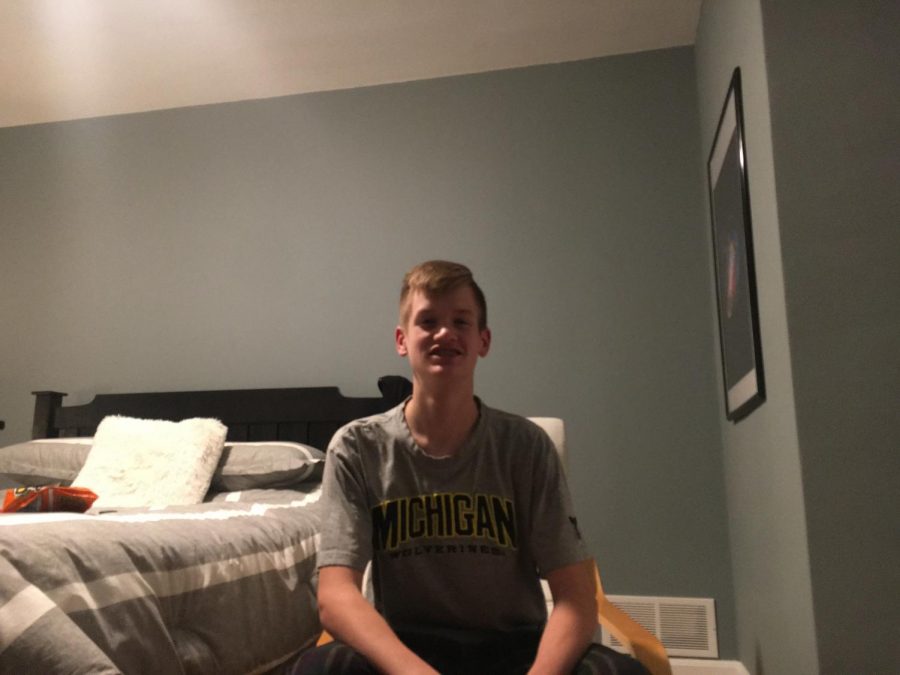 1.What are the advantages and disadvantages of having a smaller cast compared to other years?

“A big advantage is that you get to bond with the people and create that better bond with togetherness as a cast. Disadvantages may be that you don’t get to meet as many new faces or see as many underclassmen coming in due to that smaller cast size.”

“I think I fit my role of narrator one well because I can project my voice across just like a narrator would to read a book. And I’m very confident where I am in the play—confidence and a strong voice that can stay consistent throughout the play.”

3. What have been some difficulties in your role(s) at rehearsals?

“It can be difficult to react to how each scene is going, but that just comes with time and how you get used to each scene. It’s kind of a loose play because it’s a comedy, so you have got to be on your toes.”

“The people I’ve met have become my best friends, and I’ve only known them for a few years. It’s great to form a stronger bond with the people I know and even people I don’t know that well. I’m still growing in all of those relationships, and I think that’s the beauty of any extracurricular activity.”

“My favorite would probably be the Devil’s Grandmother because it is something no one has really heard of before; it’s our own little spin on it.”

“I’ve been really surprised that we’ve made it this far. It’s been a struggle with COVID-19, but we are playing it by ear; we are working through it slowly and trying to be really careful.”

“The audience should get excited to laugh because, even if you couldn’t snag a couple of tickets, you can still sit down on your couch and enjoy a one-hour show; you can forget about all of the other stuff going on. I hope it conveys to the audience that it’s a place for them to relax and just enjoy the show and be with the people they love.”