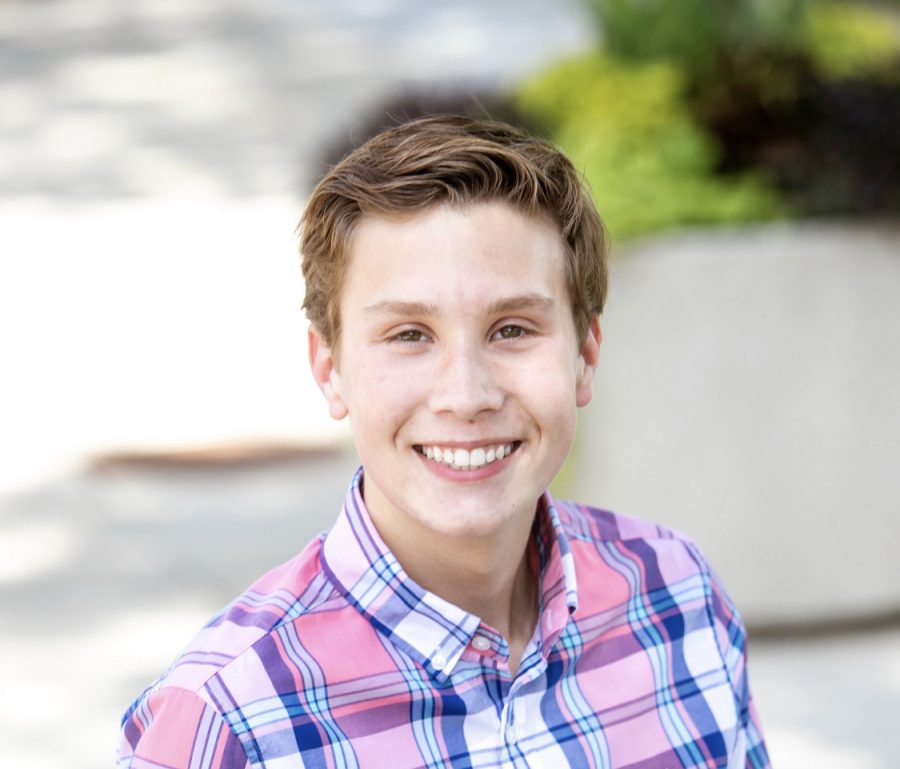 “An advantage to having a smaller cast is [that] we’re a lot closer than we were in past years. And since we see each other all the time, it’s really good at bonding us. In past years, it’s really been a lot of big casts, so there’s been some, like, groups, but for this one, it’s just one big group, which is really nice.”

“Devil’s Grandmother—I’m the devil in it. I think it’s kind of funny because of how I got picked for the role; when we were going through all the lines, I read it in a really low voice, and I think it really shocked everyone, so I think that was pretty funny. [And ] in this show, we did make the dirt merchant very pretentious, which I think very much fits me sometimes depending on who I’m with.”

“Definitely timing for everything. Since the show is such a comedy, you have to have really high energy. And so for me, I’ve kind of struggled from changing the high energy to like being in your voice more than just going really fast with your lines.”

“My favorite in the show is Cinderella because that one’s just really funny.”

“[Theatre as a whole] has really helped me [to] become more outgoing than I have [been] in the past, which is really different than what I used to be in middle school. It’s definitely helped me come out of my shell more and be more confident in what I do in life.”

8. What should the audience be excited about?

“[They] definitely should be excited about Linus Kaechele and his characters because they are all unique and funny, and he puts a different spin on all of them.”