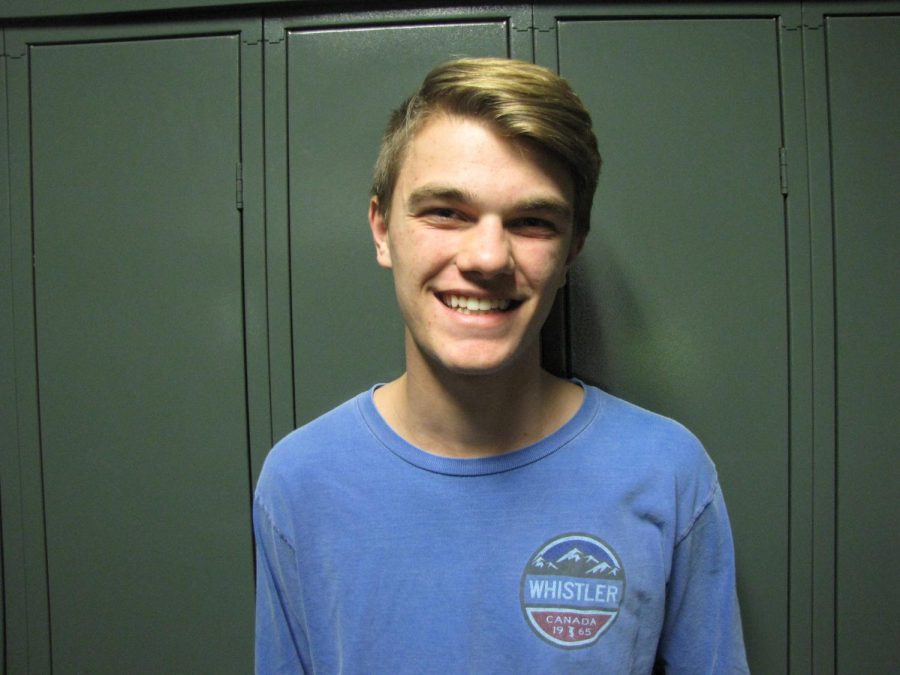 1.What are the advantages and disadvantages to having a smaller cast compared to other years?

“The advantages of having a small cast include getting a bigger role because there aren’t as many people, and it also helps the cast become more of a tight-knit group. The disadvantages are that you have more lines to memorize, and there are also far less people to help you out when things get hectic backstage.”

2.What makes you fit your role(s) so well?

“Honestly, I don’t know. I play Rapunzel’s dad (prince 1) and also Cinderella’s wicked stepmother, so I don’t really know what makes me fit those roles, but I think that Mrs. DeMeeester and Ashley have helped shape me into the person that can become these roles through intensive training.”

3.What have been some difficulties in your role(s) at rehearsals?

“The most difficult thing is that I actually have to walk in heels as the wicked stepmother, and that is actually so difficult. I never realized how difficult it would be, but it’s so hard. Another thing that is difficult is making sure your expressions read big enough on stage especially when you have a more reserved character–you can’t just do a backflip for no reason. You have to think more carefully about the choices you make on stage. You have to make big enough choices so that the audience can understand what you’re doing.”

4.What is your favorite part in being involved in the play/theatre program?

5.What is your personal favorite Brother’s Grimm story?

“I have got to go with The Talking Fish.”

6.In what ways has the experience influenced your high school career?

“The experience of being in FHC theater has kind of shaped me into the person that I am right now. It has definitely shaped who I spend time with and what I do in my free time. Maybe that’ll be like going to a friend’s house to run lines or spending hours in my room singing, but I think overall the experience has made me a more accepting and loving person.”

7.What has been the most surprising thing to you about this year’s show?

“Honestly the acne you get from wearing a mask all day is shocking to me, but on a more serious note, I guess I found it really surprising how people that I didn’t really think of as theater people before just how ridiculously talented they are, and how cool it is to just spend time with those people.”

8.What should audiences be excited about?