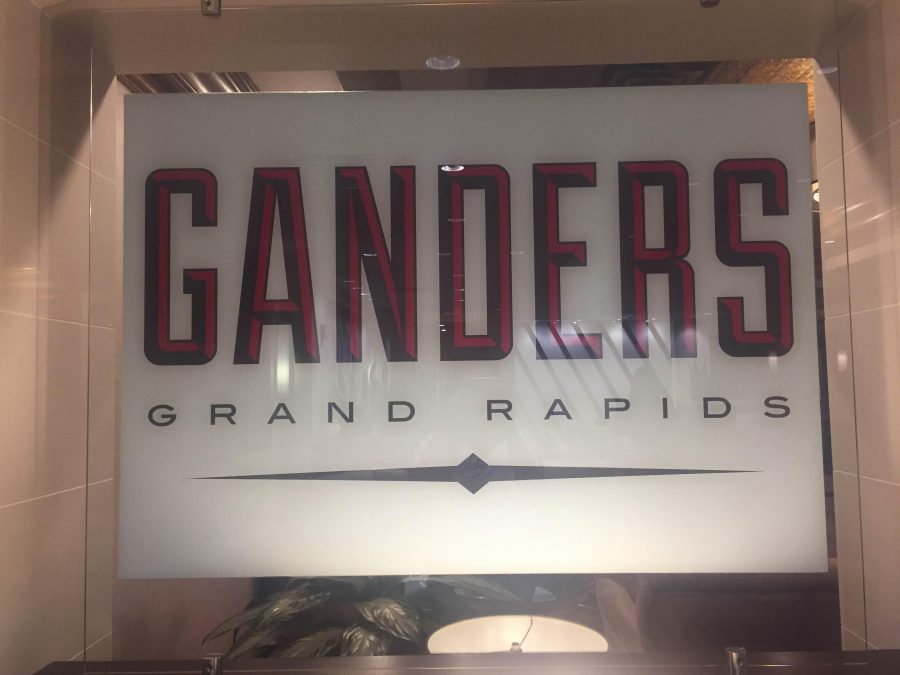 Hidden from most drivers’ view on the corner of 28th street and Patterson lies the first made Ganders restaurant, which is also connected to a DoubleTree by Hilton.

Walking into the semi-formal dining area, I was taken aback at first. There were tables and booths spread out with the best use of space possible and a fairly decent-sized bar for those who wanted to get out of their hotel room and watch a game with a drink. The interior was a fresh sight compared to the exterior, as it looked clean and modern compared to most of the hotel. But in all honesty, I am conflicted towards what I think of my Ganders experience. 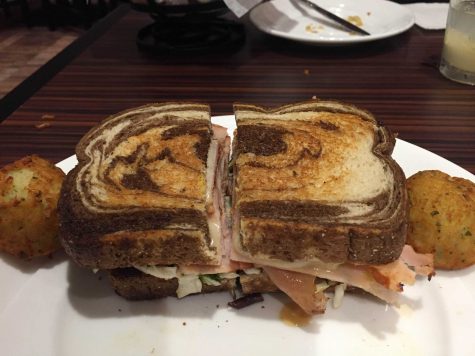 My friend, Madison and I went on a Sunday night at about 6:50 p.m. There was barely anyone at Ganders, yet the service was still slow. Considering the time, day, and the fact that there were only two servers, I was not offended by the slow service. I did feel, however, that they did not seem to be taking two high schoolers very seriously, even though I asked if I could review Ganders for my school newspaper.

The upside of Ganders was their motto Made in Michigan, Grown in Michigan, and Brewed in Michigan. Every item on their large, reasonably priced menu had at least one item highlighted in red, which meant it was either made, grown, or brewed in Michigan. A neat factor about this is that the head chef from Gander has the opportunity to pick what items he or she wants to cook with and where he wants to outsource his ingredients.

Once our appetizer came to the table, we were both ecstatic. We ordered onion rings and despite all the greasy fats and carbs, they were impeccable. After eating half of the rings, we and I received our caesar salads. The only thing that pushed me away was the anchovies in the salad. In my opinion, anchovies have no business being with caesar. 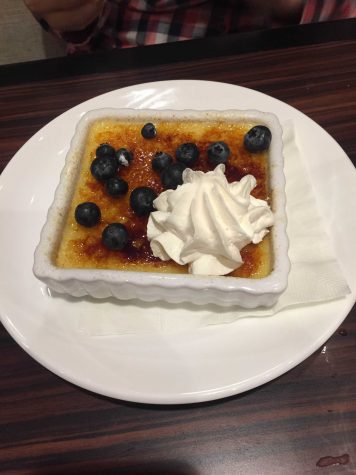 After what seemed like a long wait, our food finally came. I was very pleased to see my Turkey Reuben cooked to perfection. The sweet yet savory flavor of the coleslaw mixed with the swiss cheese and golden legacy turkey was a blast of colorful flavors in my mouth.

We ended the night with Madison being kind enough to share her Local Farm Brulee. In no means terrible, but it was also not the best that I have ever had, yet the blueberries and whipped cream on top of the caramelized sugar and creme was a great end to the night.

Even though I was not the biggest fan of Ganders, I will admit that I did end the night with a full stomach and a fun experience with my friend, and would still recommend it to others. I highly suggest that many experience Ganders themselves, and I hope that several can enjoy the restaurant as much as I did.