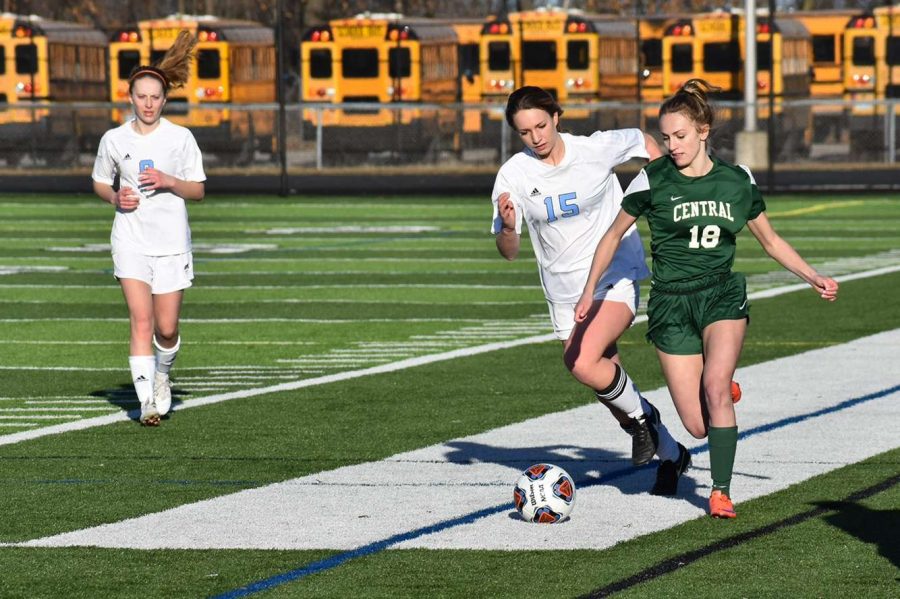 Rachel Toole has been a dual-sport athlete for most of her life. Up until the spring of 2019, Rachel was very involved in soccer and volleyball. During one of her soccer games, she tore her ACL and has been away from sports ever since.

How did you injure yourself?

During my sophomore JV soccer season, my team was facing off against the Northview Wildcats. I was extremely excited to play because I knew they were going to be an easier team, and I really wanted to score a goal. About 15 minutes into the game, the ball was right in front of Northview’s goal, but it was in their possession. While attempting to gain position, my leg became tangled up with my opponent, and the back of my knee was kicked in. Immediately my knee gave out, and I crashed to the ground. I later realized after my MRI that that play had torn my ACL, 90% of my meniscus, and created a bone bruise on my femur that was unlikely to heal, all due to hyperextension of the knee.

After I had surgery on both my ACL and meniscus, I was confined to crutches for seven weeks and seven weeks in a full leg brace. Throughout and after those weeks, I attended physical therapy three times a week; there, I retaught my brain to trust my knee to be able to walk again and slowly progressed to running. Due to the fact that I lost 15 pounds of leg muscles post-surgery, I also focused a lot of time on muscle strengthening. After starting to gain flexibility in my knee, it became more and more like normal. I worked at physical therapy for nine long months to regain 90% of my range/mobility and muscle strength back. Not being able to do the things I had always been used to doing definitely had a huge impact on my mental health, and it took a lot of effort and determination to continue working.

How did the injury impact your junior volleyball season?

I had surgery at the beginning of summer, so once fall volleyball season came around, I was in no shape to play and was still unable to run. Due to the fact that I was going to be unable to play on the team, I decided to sit that season out. I heavily debated joining the team as a manager or just to help around practices, but my after-school time was filled with physical therapy appointments. I wanted to focus on gaining my strength back and was worried watching my friends play a sport I desperately wanted to play was going to be detrimental to my mental health throughout my recovery.

How did the injury impact your soccer career?

Due to the fact that my injury occurred during soccer, it was very frightening for me to ever imagine myself playing that sport again. After having ACL surgery, your chances of tearing your other ACL automatically go up. As much as I tried to train my brain that my left leg was strong, I was always going to favor my right knee. This scared me because I knew that if I were to tear my right ACL, I would not be able to go through the process again with such a positive mindset. Although I had played soccer since kindergarten, I decided that last spring was going to be my final season.

How did COVID end up affecting the sports you played?

After not being able to play sports for nine months, you can imagine my excitement to be cleared to play volleyball again. I had spent those last nine months preparing for my junior year spring club volleyball season. After two days of tryouts, I impatiently awaited my team results when some very bad news was discovered: there would be no spring volleyball season due to COVID. This made me extremely discouraged because I had felt like the last nine months of brutal workouts were a waste of time and effort. I did take the time off and continued to work out every day, but it seemed pointless because there was no end goal I was striving for, just hoping I wouldn’t lose all the progress I had made. After having my spring season canceled, I decided it would be better if I didn’t play for the school volleyball team in the fall.