The sad truths behind internalized misogyny 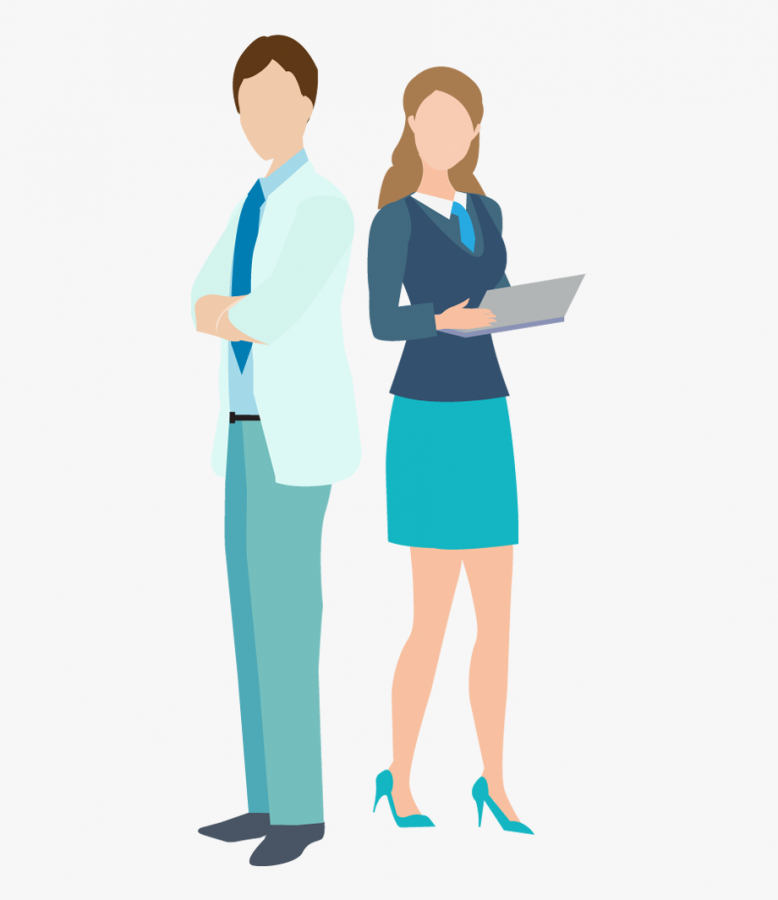 Throughout my entire seventeen year-long existence on this planet, I have been told I’m controlling or bossy. Bossy—I’ve yet to hear that word used to delineate a male.

“I think I’m decisive, and I like to get things done quickly. So if that comes across as intimidation, I’m sorry to hear it. But it’s more in the interest of getting things done,” said Editor-in-Chief of Vogue Magazine Anna Winotour.

Women tend to feel guilty for employing behaviors men are praised to present. But it’s not just the men making them feel guilty; it’s also other women. Let me repeat that. It’s women too.

“You could not subordinate half the human race unless some of that was internalized,” said Gloria Steinem, a nationally recognized leader of the American feminist movement.

This all ties back to the idea of cognitive dissonance: a psychological phenomenon wherein your behavior is inconsistent with your beliefs. For example, as a woman, I’ve grown up hearing “girl power,” or “women support other women,” yet I continue to see women being put down in the classroom or workplace. We end up justifying the hypocrisy by senselessly explaining it away saying, “she’s underqualified,” or “she’s just not very smart.”

That, simply put, is internalized misogyny.

Cognitive dissonance occurs when women lie to themselves, telling themselves they are being treated fairly in the workplace based on what the current discrimination norms are. Instead of publicly recognizing unfair behavior, they tell or convince themselves that they are doing well compared to how other women are being treated or have been treated in the industry. We hold onto the gains women have made towards gender inequality rather than addressing the current bias.

These two examples of cognitive dissonance may help to explain why—despite the fact that more women exist in the workplace now than ever before—gender inequality is increasingly worse for younger workers. Women are treating other women inadequately.

“New research states that 42% of females between 18-24 believe they’ve faced barriers in the workplace because of their sex, as compared to 34% of Gen Xers and 26% of Boomers” (Henderson, n.d.).

Gender inequality in the workplace is getting worse, not better, and women are not engaging in cognitive dissonance anymore.

With my own personal experience, I can vouch for this. A few months ago, I found myself arguing with some boys during a group project. One guy in my class aggressively shouted whatever he thought was important across the room, and I kid you not, people looked over at him almost in a sense of awe. I spoke up in respectful disagreement, provoking the boy seated to my right to tell me, “There’s no need to get so emotional; you’re such a girl.”

My articulation, mirroring my male classmate’s, was seen as emotional; his was seen as confident. To what extent is being assertive misunderstood in females? Can women stay strong and in control given society’s fine line of acceptable female behavior?

“Even in this day and age, a guy barks out an order and he is treated like someone who is in charge and a leader. But when a woman communicates in the exact same way, she’s immediately labeled assertive, dominating, aggressive, and overbearing,” said one woman (Klaus, 2010).

We hear: “Boys don’t like it if you’re too smart.”

We hear: “It’s kind of your fault in an outfit like that.”

We hear: “Cover-up. You’re giving them the wrong impression.”

We’ve heard it all, some of it starting at an exceptionally young age.

“If what I wear is comfortable, I am not a woman. If I shed the layers, I am a slut,” said musical artist Billie Eilish.

Women need to feel more comfortable possessing and utilizing the same leadership qualities as men. I am not saying women should try to mimic male leadership behavior, as it has been widely recognized that female leaders tend to lead differently; they prefer a more transformational style while men prefer a transactional style (Reddy, 2019). But, women need to assert the same strength as men feel necessary to within themselves.

The idea of men sabotaging other women in the classroom/workplace is perturbing none the less, but what’s more insidious is internalized sexism playing a role in the justification of rape.

About two out of three sexual assaults are never reported to police, according to the Rape, Abuse, & Incest National Network (The Criminal Justice System: Statistics | RAINN, 2000).

“Some of the most destructive internalized sexism I see is when women blame other women for their sexual assault,” Gruys said. “But you have to remember that if you admit that this other woman did nothing to provoke it, then you yourself have no control over you yourself being someday assaulted. It’s really important to our brains to believe that we can protect ourselves from danger” (Dastagir, n.d.).

Internalized misogyny leads as the most detrimental form of sexism—something we fail to see within ourselves. Haunting the minds of women are the stinging claims of their own voices, prompting the disheartening conclusion: the antithesis of feminism is no one person’s fault, but every girl’s problem.