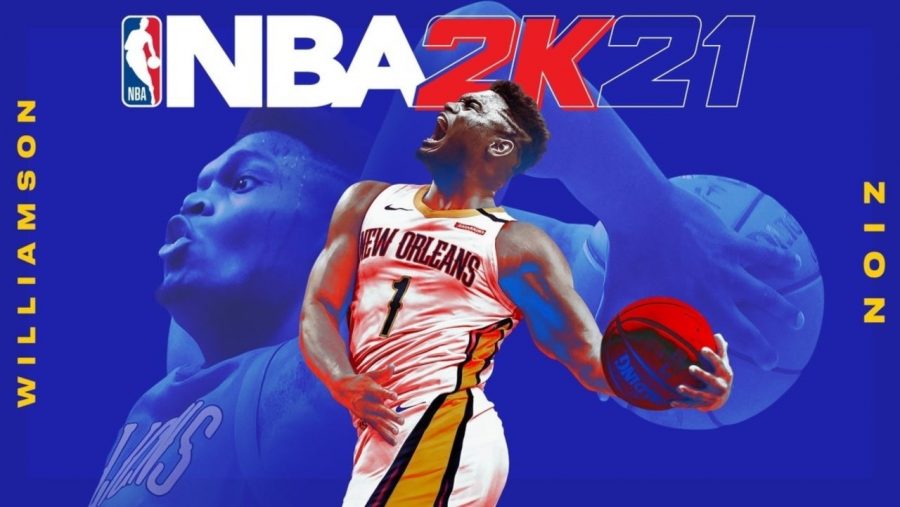 This past week on November 10, gamers around the world embraced as the newest version of NBA 2K was released.

NBA 2K21 is the top basketball video game played around the world. Visual Concepts, the creators of the game, released the very first version of NBA 2K on November 10, 1999. Over the past 21 years of the game’s existence, basketball fans have supported the game through its highs and lows.

NBA 2K21 was such a big release because over the past three years, fans have felt that the developers had been slacking in their creativity and in adding major differences in the game from year to year.  Senior and long time 2K gamer Dallas Hopson agrees.

“2K18 and 2K19 were definitely the lowest points where the game just got boring,” Dallas said. “In the future, they need to bring new aspects to the game that we have not yet seen.”

This year, the 2K developers had a big challenge in creating something new for the players because on top of pressure from the fans for new content and updating player statistics from NBA bubble this summer, they had to launch this game on brand new next generation consoles. Many features about the game have been massively updated for the next generation console players, such as the MyPark—one of the top game modes played.

Competitive 2K player senior Cam David believes that “2K17 was the launch tour where a big part of the community really invested in the game mode MyPark. For 2k21 to be successful, the developers need to go back to what they did in the game’s prime with the affiliations in the MyPark.”

Players like Cam go to extreme lengths to ensure that they are able to get the game as early as possible to start the yearly grind on the game.

With MyPark now becoming the game’s biggest attraction to new and returning players, the positive feedback from the 2K community from the start is encouraging and exciting to see what the developers of the game can come up with next.

Something to look forward to as people still flock to get NBA 2K21 is a new and improved city for the MyPark where players around the world can go play streetball for their choice of one of the four newly appointed mayors of the game this year. Also, you are now able to transfer part of your saved progress from old generation consoles to the new ones, which will give you a helpful boost in the beginning. Senior Peyton Bush, another 2K enthusiast, encourages people to get the game.

“As the first week of the game comes to an end, the game looks to be the best 2K ever as well as it is one of the only new games on the next generation consoles,” Peyton said.