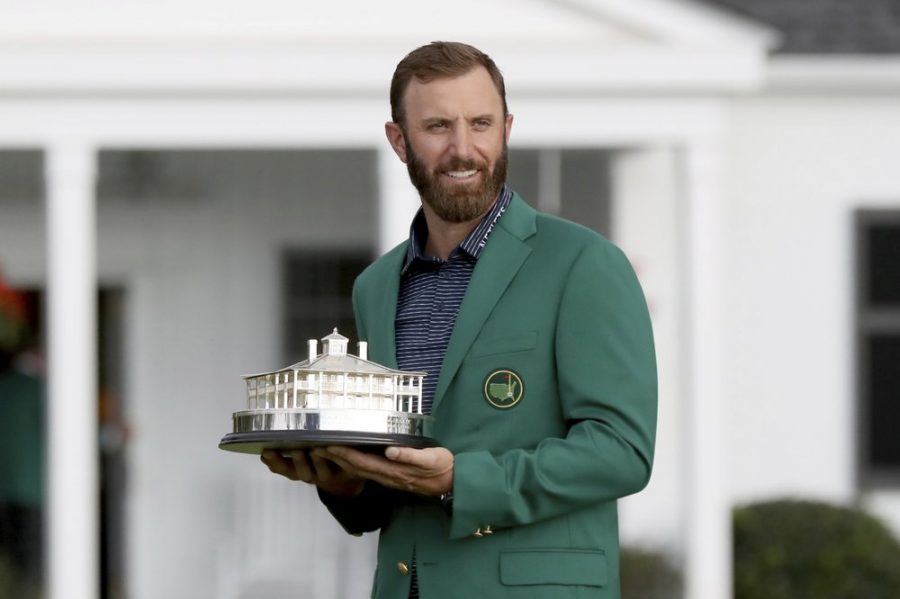 Dustin Johnson is leaving Augusta National Golf Club for the first time wearing the prestigious green jacket. This comes after his career-best finish in the tournament in 2019, tied for second with Brooks Koepka and Xander Schauffele. The American outlasted the competition with scores of 65, 70, 65, and 68. His 65 on Thursday triggered a wire to wire victory, accomplishing a rare feat.

The Masters is considered by golfers to be the most elite golf tournament in the world. This year, the 84th playing of the event was held in November instead of April with no fans due to COVID-19. The seasonal change proved to be a hurdle for the playing field. However, with softer conditions, came lower scores. Winner Dustin Johnson finished with a record score of 268 over four days, breaking the previous record of 270 held by Tiger Woods and Jordan Speith.

Leading up to the tournament, all eyes were locked on reigning champion Tiger Woods. Tiger is a five-time winner of the Masters and considered by some to be the greatest golfer of all time. Unfortunately for Tiger, he was unable to defend his title this year. Hole 12 was disastrous en route to Tiger’s final round score of 76. Woods hit two balls off the tee into Rae’s creek and placed his third in a bunker behind the green. This resulted in an extremely difficult, short-sided bunker shot where his ball once again rolled over the green and into the water. Tiger carded a septuple-bogey 10 on the par-3, 12th hole on Sunday, his highest score on a single hole in his PGA Tour career. However, Woods showed both his physical and mental toughness by going on to birdie five of his last six holes. Tiger has been seen as a role model on the golf course for many younger generations. Amateur Andy Ogletree had the opportunity to play with Tiger the first three days of the tournament. 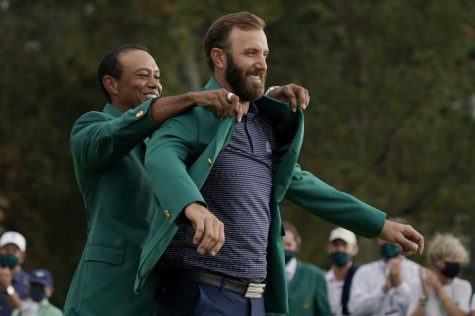 Ogletree was exempt into the field after winning the US Amateur, an event that Tiger won twice during his amateur career. Finishing the week with a score of 2 under par, Ogletree was the low amateur of the tournament. The low amateur is recognized at Augusta by joining the tournament director, defending champion, and winner in the Butler cabin for the presentment of the green jacket.

Dustin Johnson proved that he was the best player in the field this week with his five-shot victory over Australia’s Cameron Smith and South Korean Sungjae Im. Both Smith and Im came out hot for the start of the final round with birdies on two of their first three holes. This start had spectators thinking that the 2020 Masters may come down to the last couple of shots, but Dustin Johnson put his head down and his foot on the accelerator to extend his lead throughout the day. With his brother Austin on the bag, Dustin Johnson was able to take home the most prized possession in the sport of golf: the green jacket.