Life behind the curtain 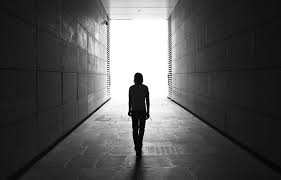 Behind the curtain, the lights are off. The stage crew is running around trying to ensure everything seems perfect.

Behind the curtain, they’re rehearsing their scripts—reviewing the exact moment when they’ll speak and the emotion it will hold.

The actress wipes her brow as she’s trembling with fear. But she keeps on practicing. She analyzes every pause and curve in her movements. The actress prays for her success. The success of not failing.

The actress flounces out on stage with confidence. As if she didn’t spend countless hours wondering if she’s good enough. As if this act came naturally. As if behind the curtain she was filled with tranquility.

She maneuvers her way through each sentence, flowing from line to line as the audience watches from afar. She holds herself with grace as far as the eye can see. The need to be invisible paces in her mind while she’s alone in the spotlight.

From the audience’s point of view, she’s flawless. Her dialogue laced with eloquent measures seems to float off her tongue. Her smile is bright as the lights shine down on her.

But the lights are too bright in her eyes. They’re blinding her as she moves. They never leave her side as she twists and turns; however, she can’t let them see the destruction they’re causing.

She forces the smile to be engraved on her face even as her mind screams at her to hide. To be alone. But the actress knows she can’t falter, for this is her job—to seem put together.

The funny thing is a loophole can always be found even in perfection. And at this very moment, it was visible. A wave of uncertainty flickered across her face, but only one saw it. The person who searches for detail and notices the unbalanced factors.

Still, it is enough to make the actress diffident—a crack in the system she built up so heavily. Her body crumbles, yet she is still standing. A clutter of words shrieks in her ear, but she is met with a hushed silence from the crowd.

Her mind demands her to utter a single word; only straggled air floats out. A disquietude fills her up until she is choking. But from the audience’s point of view, she still dances. And they never notice.

Behind the curtain, the actress thought she could do it. On the stage, she’s broken and vulnerable.