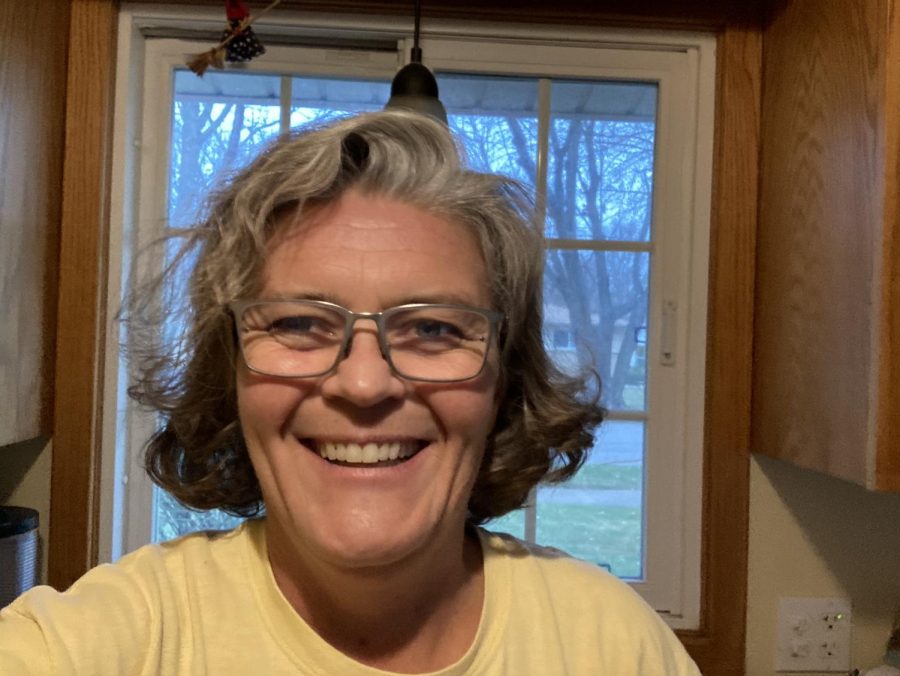 1. What changes have you had to make in order to still have a Family Promise fundraiser and a Rangers Care week?

“I guess one of the best things is that we were able to get an online payment: PayPal. At least that’s kind of a good change—that we have a way for kids, parents, and people to donate electronically. I think probably the bad change is the [lack of] lunch. No buckets at lunch, you know what I mean? Carrying those blue buckets around and yelling at people [to] donate money at least reminds them [to bring money] if they don’t have five bucks in their pocket. And I think people just coming into fourth hour with envelopes and [asking if] anybody has any money [may not have] the same effect. I think not being in school every day is making it tough, too, because, by the end of the week [in school every day], everybody’s like, ‘Oh my gosh, they’ve told me a hundred times. I can ask my mom for 20 bucks.’ [Also], I don’t know if it’s going to work now, but this week, we were supposed to be connecting with all the schools [in the FHC district] like the elementary schools, the middle school, and the five/six school. We were trying to get them involved [with] dress-up days. They tried to come up with things that had meaning and that everybody could do. I think they’re also trying to raise some money through those little guys, too. I like the acts of kindness—the random acts of kindness. We didn’t get to do dodge ball; we tried to get that approved, even [trying] to make the court bigger and have fewer people, but they wouldn’t let us do it. So we’re kind of missing out on that. I think we’re just kind of missing out on a couple of the events that bring enough awareness [and] that [make us] all remember to bring our money, whether it’s lunch or dodge ball or being in school every day or whatever. But I think it’s also pretty neat that we’re trying to involve all of the FHC schools. We tried the car flags so that everybody got a little treat to remind them that we are doing something special. I thought that was kind of cool.”

2. What is your role specifically in this week?

3. Why is it important to donate?

“I’ve been doing this for years with you guys—for years. 10, 12, 15 years, I’ve been doing this, and I’ve always been thinking about raising the money. One year, I was going to shave my head, and one year, I wore a big evening gown in the middle of the assembly. But I’ll tell you what. Last year, I took my own kids—I have a 13-year-old and a 10-year-old—and we actually went down to the church, and we helped babysit the kids while their parents did the shopping. I actually got a chance to kind of walk around and look around, and it is unbelievable what we do. It’s like the whole big part of the church where you sit for church is all clear down those tables—it’s almost like it’s a store. Until you can see that, I don’t know if you can really understand how helpful it is to these families. I think most of us have had Christmases beyond most people’s beliefs. You know, if you think about it, what people around here get for Christmas. For them to buy a Barbie doll for a quarter or a new vacuum cleaner for their house that they just got set up in—I was in tears. Just unbelievable.”

4. If you could get people to donate, what would you say?

“Well, you know me, I’d just start yelling at them. Imagine a Christmas with nothing, or imagine losing your house, or imagine not even [having] a place to live. [It’s] being able to at least wake up on Christmas morning and have some reassurance that you can cook dinner in your pots and pans and that you can vacuum the floor and that you can have a toothbrush and pajamas and a Barbie doll. It’s just unreal. Take a break from Starbucks for the week; take a break from your pedicure or your manicure or your whatever-cure, and just throw your 10 bucks in the envelope. It’s two Starbucks [drinks], and you got somebody like a whole Christmas. 12 bucks at that Christmas store we set up would totally buy two kids a really great little Christmas, a really great Christmas—not even a little [one]. I don’t think we should give up.”

5. What is the fundraiser’s mindset with COVID-19 restrictions?

“That’s kind of a good message for everything right now—[to not give up]. Like, okay, what else can happen? Right? We’ve been in the hybrid with no Zooming. We’ve [had] everybody at school. We’ve been in the total shutdown with virtual. Then we’re in the hybrid with the virtual. Like what else can happen? We just can’t give up.  We didn’t give up on homecoming; we at least pulled off a little virtual assembly. [Theatre director Robbin] DeMeester didn’t give up on the play. At least they pulled that off. I think we just can’t give up; Rangers don’t give up. Rangers do not give up. We don’t quit. We’re innovative. We’re creative. We can come together. I think people need to start talking to each other more to get through all of this. I just think we just don’t give up. Every dollar [and] every penny counts.”