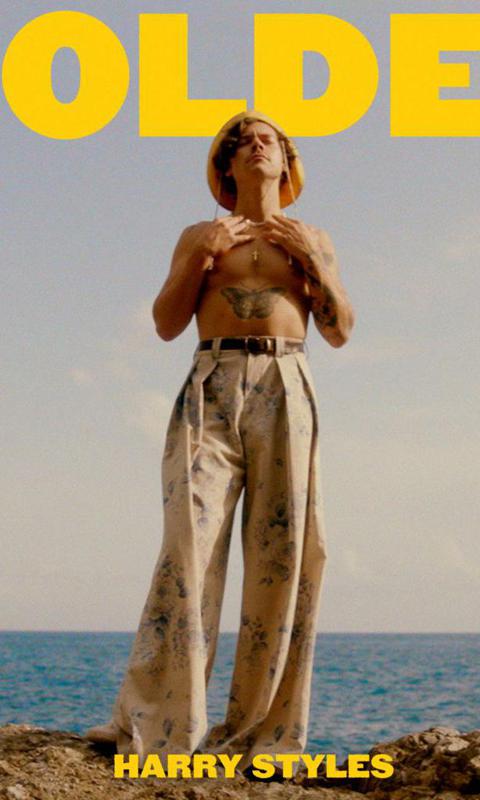 I can’t remember the last time that I watched a music video.

But I am quite the Harry Styles fanatic and was ecstatic to hear that he was releasing a new music video for his song “Golden.” As soon as I got a spare three minutes on October 27, I went straight to YouTube to see what the rage was all about.

“Golden” is part of Styles’ most recent album, Fine Line, released to the public on December 13, 2019. For the duration of the intro, it showed a blurred image of Styles running down a tunnel. Across the screen in large, yellow letters was the title of the song. As soon as the first beat hit, his face was visible for the first time as he smiled directly at the camera.

The clips shown in the music video correlate perfectly with the tone of “Golden”: upbeat, bright, and cheerful. The video consists of many clips bouncing back and forth between Styles running, dancing, swimming, driving, and standing, but each time, he was in a different spot. The clips switched from one to another on the beat, making the video look really clean.

The camera quality was remarkable. It is what I would expect to see in a movie. The colors were very vibrant—it went along with the song very well. There are parts of the video that were filmed underwater that I thought were not going to have as good quality as the rest; I thought that it would be difficult to see what was going on and that the picture would have a cloudy look to it. I was wrong. The clarity was almost better than when they were filming above water.

From start to finish of the “Golden” music video, a huge smile was spread across my face like frosting on a cake. The video gives off extremely positive vibes along with the song. Styles is merely enjoying himself throughout the video, projecting that energy off to his viewers.

Like Styles’ other music videos, “Golden” was a little bit on the confusing side and didn’t have much of a storyline. But, not many music videos do. On the other hand, it did match the song very well, which was what made “Golden” so memorable.

In the video, Styles was lip-syncing the song for a majority of the time. He was even be running in slow motion while singing the lyrics to the song. Going into it, I thought that his lip-syncing would not be on-time with the music and that it wouldn’t look good. However, Styles was perfectly on queue with the music, making the video much nicer and not like it was thrown together in a hurry.

“Golden” astonishingly matches Harry’s bright and happy personality. Many times in the song, Styles sang, “I know that you’re scared because I’m so open.” In the video, he portrays that he is not afraid to be himself and simply just living in the moment.

Each person that I know who has watched the “Golden” music video has loved it. Some to the point of tears. This music video has been my favorite to watch, and I am excited to see what Styles has in store next.