She can no longer glue glass back together 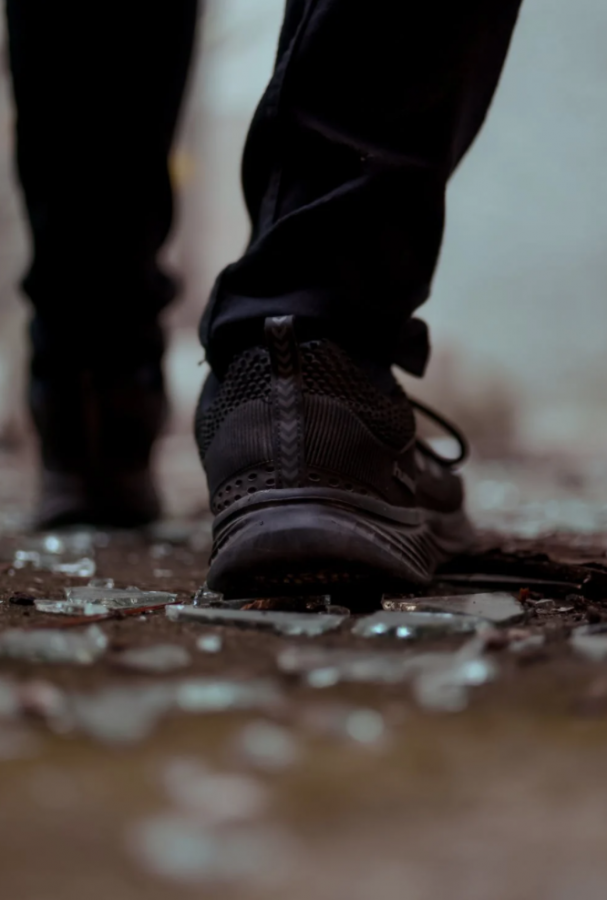 Shattered glass left behind by stomping shoes and a demanding timeline.

The sun beat down on the concrete that was

rough from inception, rough from use, rough even against the warmth from above—

a show of amity despite the root of eternal animosity—

And she would never notice that—never has, never will.

Dancing leaves, the melody of heels against wood, the mirrors of dew across overgrown grass—

all were more entrancing and exciting and exhilarating,

all were more reflective of her soul and her heart’s desires,

so she never paused.

Her eyes never diverted from the next, the new, the big

in an attempt to drown out all possibilities that,

with the ebb and flow of the leaves and heels and dew,

she couldn’t even bother to ponder.

Life was fast; to her, it was a series of moments so infinitely infinitesimal

Comfort in speed and discomfort in thought,

she embraced the rapidity and rush—the lack of what if’s as time forgot them, too—

It all stopped—halted, ended, crashed—

with the soulless scream of glass meeting its concrete end

and the inevitable pause bringing in her own.

She enjoys the change, the excitement, the discordant interruptions that stir the air with a spoon of transformation,

so she moved her eyes to the new.

Latching onto the broken glass,

shattered in pieces that distorted her reflection yet revealed the ground,

her hand swiftly flung to them, hating routine and pause as well.

Her fingers curled around a piece,

nails chipped and variegated, a sign of her time,

and she dragged her eyes to the next with glass still in hand.

As her eyes latched on to sirens at the end of the road,

and the glass cut her hand.

A flesh wound at best yet as the next, the new, the big,

her mind fastened on the scarlet slice

wrapping around her ringed and knotted finger.

A reversal of past tenets,

she let the pain intentionally inundate her,

personifying all she had avoided through the years in one singular sliver.

Yet another reminder as to why she doesn’t stop,

doesn’t think or feel or delve,

was far too much for a glued-together life.

With the sun still embracing the ground,

she finally lowered her gaze,

recognizing the rough concrete instead of the fading sirens for once,

and she murmured a hushed repentance—

an apology drenched in a floral hope—

for all the times she walked past in self-preservation

because lingering is a killer,

and she has glued herself back far too many times.