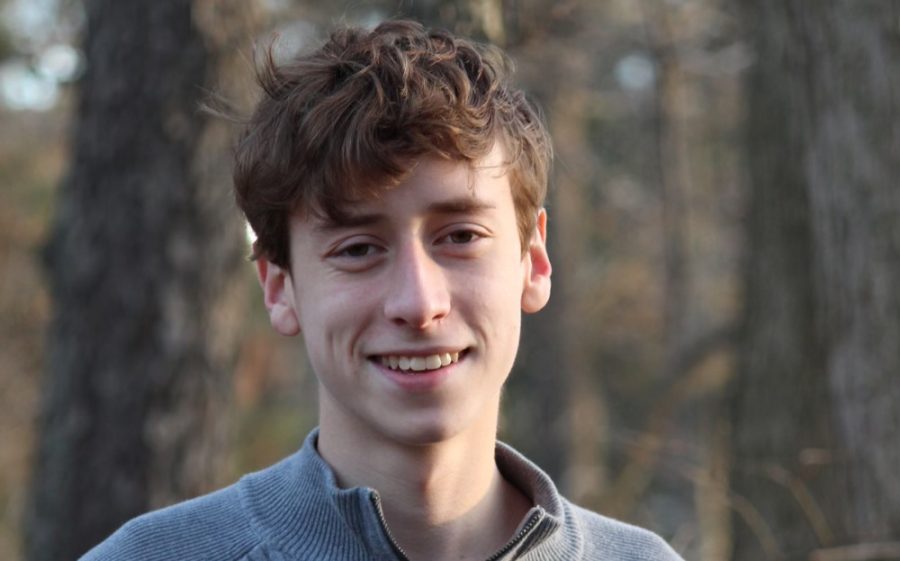 If you look on the leaderboards of Minecraft speed running, you will see junior Korbin Thompson very near to the top.

Korbin partakes in the streaming platform, Twitch, and averages around seventy watchers every night. Throughout his streaming career, he has managed to accomplish many achievements—one of which consisted of him being a holder of a world record for Minecraft speed running.

Korbin partakes in the speed running aspect of Minecraft; essentially, it is beating the game as fast as possible

Speed running consists of many stages. First, the player must obtain many different elements to form another element that eventually leads to the final challenge: beating the ender dragon. Essentially, once the player beats the ender dragon, they beat Minecraft.

Before Korbin started streaming on his own, he watched the famous gamer, “Dream.” By watching him, it sparked curiosity and made him want to start streaming.

“At first it started with me just looking on YouTube,” Korbin said. “I saw this guy who had a world record speed run, and I was like, ‘okay, that is pretty cool, I might try it.’ So, I tried [speed running], and I started to do it on stream; it was pretty fun and, eventually, I did develop a little bit of an audience.”

“There were not any people watching me,” Korbin said. “I was doing what we call an ‘offline run,’ and as soon as I got [the world record], I jumped out of my chair, and I started [screaming] a bit loud. My mom came upstairs and asked what happened, and I told her I just got the world record for Minecraft.”

Korbin’s world record was by far the biggest accomplishment he had made in this aspect of his life. Unfortunately, his record was short-lived. Just last week, Korbin was knocked down to second place, losing by a mere twenty seconds. While he is in second place, Korbin is fully confident that he will soon be able to beat the record again.

With his conquering of the world record, it caused him to gain quite a large following.

“On Twitch, I currently have five thousand followers,” Korbin said. “Which is a lot if you compare it to others in my grade.”

Through his many followers, Korbin has developed friendships with fellow streamers that also happen to be quite high on the leaderboard. Korbin finds himself normally either streaming with his multitude of friends he made online, or friends from school who also have an interest in speed running.

Even through obstacles such as COVID-19, Korbin finds himself enjoying the ability to stream as he is able to become more educated on his friends’ situations, and how other countries are dealing with the virus.

“I like the streaming part,” Korbin said. “I get to interact with lots of different people from different places. With all the COVID stuff especially, I get to find out what others think about it and what their situations are in other countries—I have made a lot of friends.”

Although Minecraft may not be as popular as it used to be, Korbin believes it is still a highly respectable game that allows one to be creative and opens people to new friendships. What used to be a small part of Korbin’s life eventually evolved into one of the biggest and most important aspects of his life.

“Not many people play Minecraft anymore,” Korbin said, “but it is still a respectable game in my opinion. I can picture myself doing this for a while. I have friends to keep me going and other people in the community, but I can’t really tell when I will stop. You can’t really get bored of this game when it is completely different every single world that I go in.”

Throughout the stress of school and the many other extracurricular activities Korbin partakes in, he can always find comfort in the thought of being able to go home and talk to friends while enjoying the craziness of the games on his computer.

“This is definitely a really good outlet,” Korbin said. “After the stress of school and sports, this is just a really good way to calm down.”