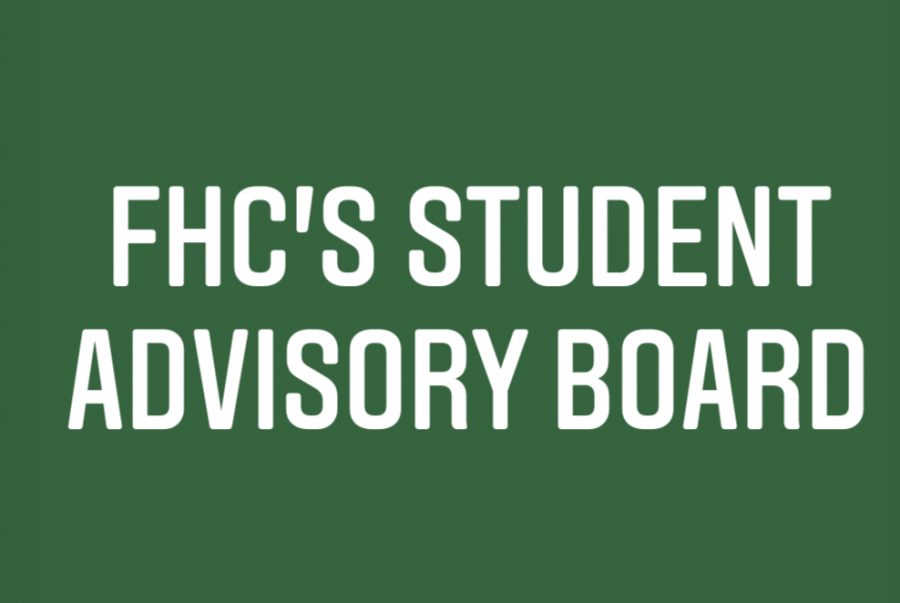 Sophomore Amant Grewal fell in love with the idea of her voice being heard, a primary factor in why she decided to apply for the Student Advisory Board—run by Superintendent Dan Behm and board president Mary Vonck.

It was important for Amant to join this group for one reason and one reason only.

“I just like the idea of my voice being heard and change being implemented,” Amant said.

Along with helping to get the general opinion of students across to the board, the Student Advisory Board also is a chance for Behm to hear what is and isn’t working at a high school level.

The Student Advisory Board differs from other clubs and programs at FHC for a few reasons.

First, there was an application process that most clubs don’t have. It included filling out a google form to answer questions like why you should be picked, and it also included a teacher recommendation.

For students like Amant, they heard about it through FX, but senior Ben Lowen heard about the club through students at FHC that had already applied.

The six students involved—Ben Lowen, Roman Kalaczinski, Amant Grewal, Taj Dahillon, Israell King, and Athan Hillman—had their first meeting a little over a week ago. The Zoom-conducted meeting was filled with introductions to students from the other two Forest Hills High Schools as well as some discussions.

“It is an open group in which we are able to share opinions and concerns,” Ben said. “As well as get information from administrators and staff.”

And while not much was accomplished during their first meeting, the students did have one victory: our asynchronous Wednesdays.

Currently, students at all three high schools spend an enormous portion of their time on Zoom each day. After a while, it gets repetitive and begins to strain eyes to the point of aggravation, so the individuals on the board thought it was something worth bringing up.

“We were talking about [how checking in every hour isn’t] exactly working great for some classes because they have the opportunity to be synchronous,” Amant said. “We thought that was a waste of time, and they took that into [consideration].”

The students on the board feel like having a direct link to our superintendent and president of the board means their ideas and concerns are being listened to.

“I felt like talking directly to Behm, who is our Superintendent, was more effective than talking to our teachers or even [Principal Steve] Passinault,” Roman said. “You could tell he was listening; he had his pen and paper and was definitely listening to us and asking questions to get a deeper understanding.”

Along with enjoying having his voice heard, Roman loved the meeting for another reason.

“I liked hearing how our sister schools are dealing with the pandemic,” Roman said. “It seems like we are all sharing similar experiences, and it was kind of cool to pick the brains of people who don’t go to my school and who I might not know very well and just hear how their school is handling the same situation we’re in.”

With the unique year FHC has been confronted with alongside the new problems that need to be tackled, every student has an opinion on how things can be improved or what they like about the policies intact now.

“It was important for me to join right now because of the incredibly difficult situation that both our student body and district are in,” Ben said. “Any way that I can help make our transitions and our unprecedented difficulties right now easier is, without a doubt, the most important thing I can do to help our community.”

The overall goal of the Student Advisory Board is to ensure that every student’s opinion is heard by the district and that the people who the policies affect get to have a say in creating them.