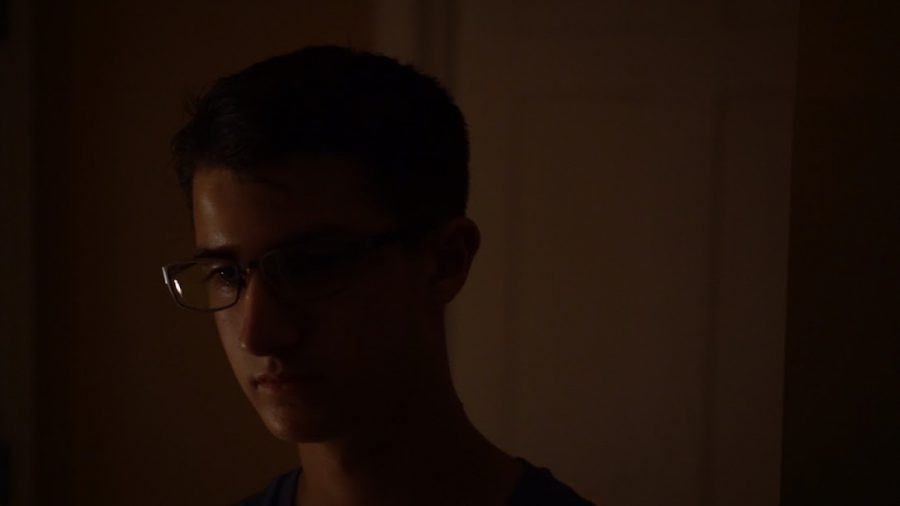 The notorious “what do you want to be when you grow up?” question is inevitable for every child. Usually kids reply with the classics: “doctor,” “princess,” or “athlete,” and their dreams evolve into something more realistic as they actually grow up. However, junior Keefer Silverstein’s aspirations have always been clear-cut.

“I’ve always wanted to make movies,” Keefer said. “I’ve been making really crappy ones since I was a little kid. Then, this year, I started to want to take it more seriously.”

And he certainly did. At the end of the last school year, Keefer, along with juniors Charlie Soucey and Josh Sweeney, started Tri-S Productions. Though the name comes from the three founders’ last names, Tri-S became what it is through the help of many others.

“With friends,” Keefer said, “seeing [their] dedication toward not only the film itself, but also [helping] me see my dream come true has been truly amazing.”

Tri-S released their first project on their YouTube channel, a horror short film entitled Home, on May 20, 2016. It was a last-minute project, written and shot in one night.

“It’s kind of funny,” Keefer said, “because it ended up being really good.”

But the main focus, at the moment, of Tri-S Productions is Survivors, a show following the lives of teenagers in a zombie apocalypse. Keefer spent years writing the 125-page script, much to his friends’ surprise.

Many of his friends didn’t even believe that Survivors would make it to filming.

“I remember freshman year when we were talking about Survivors,” said junior Matt Ahlers, an integral member of Tri-S, “I’m not going to lie, a good majority of us–if not 99% of us–didn’t think that we were actually going to do it.”

Despite everyone’s doubts, filming of Survivors did indeed begin during this past summer. They would film about three times a week, each film day lasting around five to six hours. They would gather as many friends and peers as they could to help out, resulting in a unique filming situation.

“It creates this really weird dynamic,” Charlie said, “where, since no one has a defined role that they’re specifically following every time, you get this whole mess–not in a bad way, but this mashup of creative styles mixed into one.”

Though it was great for Keefer to see his friends rallying together to help him with a project he was so invested in, the fact that everyone on set was all friends created some productivity problems.

“There’d be like four hours of us goofing around,” Josh said. “And then we’d do an hour of filming and [say] ‘hey let’s all get food’ and that’d take another two hours… so we’d get [almost] nothing done for an entire Saturday.”

In spite of this, the group would still put the jokes and fun aside to film and get things done.

“But there were some day we’d get down to it,” Keefer said. “And it [was] really good.”

“Some of those days that we got down to filming,” said Charlie in agreement, “and we got tons done [were] really high quality [and were] really rewarding.”

A lot of people on set were very dedicated to the project. Having so many people, with so many opinions, who were all so committed to Survivors, created another problem of arguments during filming.

“We’ve been at each other’s throats [during filming],” Keefer said.

But at other times, working with friends worked to their advantage.

“It was really nice also to work with friends because you know them,” Charlie said. “You know that you’re going to have really good chemistry when you’re working with them; you know you can work out differences when you have a different opinions on how to do something.”

Furthermore, it was a great bonding experience for the group.

“When you come together and we got some shots that you watch back and it blows you away by how you guys could pull that off,” Charlie said, “especially when you realize that we did this at sixteen with a camera we bought; we’re just doing this in someone’s basement and it looks so cinematic and so impressive. It’s really cool to be able to do that with your friends, because it brings you closer to them and you realize [that] we’re not just some friends making a stupid movie, but [the show is] something that means something and has a purpose.”

Currently, filming is now over; Keefer and Charlie are in the long process of editing. Nonetheless, the end is near. Survivors will debut in February 2017. Keefer is hoping to have the show premiere at Celebration Cinema North. Regardless of where Survivors may end up premiering, it is sure to be impressive.

“I’ve seen it drawn out,” Josh said, “and it’s a beautiful thing, coming together and seeing [Keefer’s] dedication.”