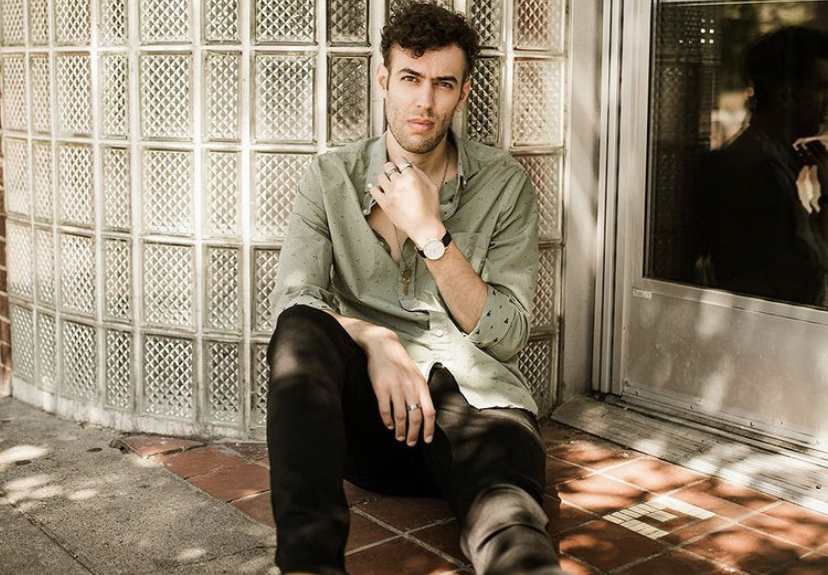 This unique blend of interests describes long-term substitute teacher, Kevin Spaans, who is filling in for Honors English 9 and AP Seminar teacher, Kelli Potts, while she is on maternity leave.

“[I felt that teaching] was something that I was good at,” Spaans said. “It was something I was interested in, and [I enjoy] the summers off.”

But, teaching comes with many obstacles. One time, when Spaans was teaching, a student slipped into a seizure.

“She just started slipping down her chair [and] her eyes started to roll back a little bit,” Spaans said. “We had to clear the room, get an ambulance called, support her head, get a backpack underneath her, and help her get back to consciousness.”

Spaans was not expecting his day to end up like that. His students frantically turned to him for what to do. Quite frankly, he had no idea. The responsibilities of adulting smacked him in the face, blocking his ability to think straight.

“[When she had the seizure] was the first time I felt like people counted on me to be an adult,” Spaans said, “All of the other students were like, ‘Oh! You’ll take care of this.’ I was like ‘I guess I will…’ I felt like an adult for the first time in my life right then.”

Spaans has also had his fair share of good memories. He has built good bonds with his students while educating them. At Montabella, Spaans won teacher of the month three times in a row. He pulled out of the competition to give the other teachers a chance to win.

By creating a good relationship between himself and his students, Spaans has been able to give them a good curriculum while still being able to enjoy themselves.

“[Our school] did a lot of competitive ‘Minute to Win it’ challenges, and one of my students managed to get the challenges [leaked to him in advance],” Spaans recounted. “So, we locked the classroom door and spent the hour practicing for those competitions. Certain kids would shout grammar terms in case someone walked by. Saying things like ‘Comma!’ and ‘Semicolon!’ We won too.”

Waking up early every morning to go teach hundreds of rowdy students throughout the day then coming home to grade an enormous stack of worksheets can be extremely laborious and tiring. Spaans has first-hand experience with the effect that fatigue has on people.

One thing that Spaans is fascinated with is writing. This comes in handy for an English teacher like him.

“I like writing because it’s communication,” Spaans explained. “It shows how well you can communicate [by talking  about] what’s in your mind [and putting] it into someone else’s.”

Spaans doesn’t spend all of his time teaching high school students about the wonders of literature; he enjoys making music. Spaans has been in the music business for ten years and has all of his creations on Spotify and Apple Music for everyone to enjoy.

Creating music is not Spaans’ only pastime. He is very into martial arts. Spaans has been doing it since he was a little kid, but his interest truly sparked in the sixth grade when there was a huge group fight in the playground.

“I had taken taekwondo for a few years, so I thought I was a ninja,” Spaans said. “I walked into the group brawl and got my butt kicked. [That’s when] I realized that taekwondo didn’t work very well and I needed to learn [new skills] that [worked]. So I found boxing, and kali, and all of those other [styles] that actually work.”

Spaans has been doing martial arts ever since then. He even ran a martial arts club so that he could share his knowledge with students. He has also had the chance to train with the best of the best when it comes to fighting: people in the military, traditional martial artists, and street fighters.

“I guess the most fun thing was that I got to train with a whole bunch of people,” Spaans said. “Some of them really great, and some of them not as great.”

Honors English 9 and AP Seminar students will have Spaans as their substitute teacher until February 8. Spaans is ready to get to work.

“I’m looking forward to seeing how impressed I am,” Spaans concluded, “with the Honors 9 [students] and [the] AP Seminar kids.”