Freshman Olivia Oorbeck had an amazing first season on the Lady Rangers swim and dive team. Not only did Olivia score several points at each meet to become a key member of the team, but she was also the only freshman awarded All-Conference. Throughout the season, Olivia achieved state cut times in the 200 individual medley, 500 freestyle, and the 400 freestyle relay. At the conference meet, Olivia placed fifth in the 200 IM with a personal best time of 2:14.70 and fourth in the 500 freestyle with a personal best time of 5:18.43. She achieved many other personal best times throughout the season. Olivia will be one of few freshmen to receive a varsity letter, and she was the only freshman that made it to the state meet.

“My most important meet was probably the conference meet because I was able to achieve things that I didn’t know I could achieve yet,” Olivia said. “[Being an underclassman] felt good. I wish I was able to bond with the team a lot more, but I wasn’t able to because of COVID. I love the girls on the team and everyone was so supportive.” 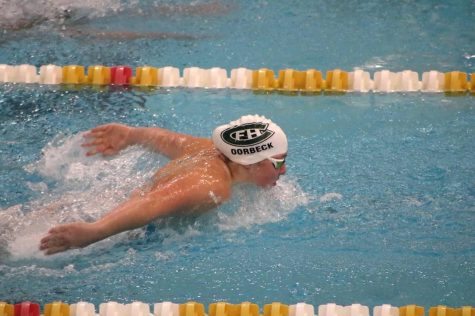 Freshman Clara James-Heer was one of two freshmen on the varsity cross country team this season. Clara was the fastest runner on the girls team, with an overall personal best time of 18:03. During the season, Clara was a big help to the team. She won several races, propelling the team to a high overall ranking at each meet. At the Regional meet, Clara placed first while achieving a personal best for the season. She then went on to place third at the OK White Conference meet as well as sixth overall at the State meet. Clara has three seasons left as a Lady Ranger and will continue to dominate these next few years.

“I thought that the season went really well. My season goals were to stay healthy, run fast all season, and help the team make it to states,” Clara said. “I was nervous about my first year on the team and not knowing a lot of the upperclassman. However, it ended up being one of the best team experiences that I’ve had. I had a lot of fun and am looking forward to next season.” 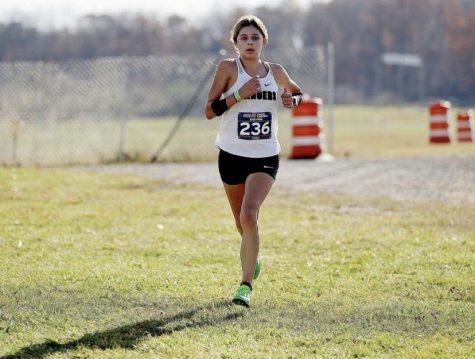 Coming off of a nine-month recovery from a torn ACL, sophomore Omar Hazimujic had a great first year on the varsity soccer team. Starting right away as a sophomore, Omar played a big role at center forward and center attacking mid. Throughout the season, he had some great plays that led the team to victory. Against Portage Northern, the team won 2-0, with Omar scoring the second goal that relieved a lot of pressure. Omar also had a penalty kick against rival Forest Hills Northern to put up a second goal on the Huskies. Omar will roll through the remainder of his soccer career as a key player and will continue to thrive during his next two years on the team. Showing up when it mattered most, he played arguably his best game of the season against Holt in Districts. With seven minutes to go in regulation, Omar found the feet of fellow sophomore Andrew Novay with a masterfully placed through-ball flick that led Andrew through on goal, sending the game to overtime.

“At first, I was struggling to get back into form, but towards the end of the season, I believe I played pretty well. [I helped] contribute a lot of things in the offense this season by getting goals and assists as well as putting my team in a position to score,” Omar said. “It felt great learning and getting to be around all of the guys that are older than me, especially our three seniors.” 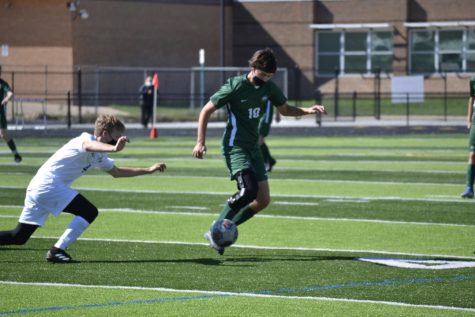 Avery Weslow was the only freshman on the varsity volleyball team this season. Being a starter, Avery was able to play all around, dominating the court at multiple positions. With 25 aces during the entire season along with 70 kills and 128 digs, Avery was a big help to the team. During the District final game against Lowell, Avery’s skill helped the team win some key points. Her teammates say she is very consistent on the court and is someone they can count on. She also brought lots of energy and confidence to the court, which is typically unusual for a freshman. Avery will continue to dominate the court in her next three seasons on the team.

“I was lucky enough to start as a freshman, and it was fun playing with the upperclassmen too,” Avery said. “Being an underclassman [on the team] was a bit scary at first, but everyone was very welcoming and kind, so I got used to it very fast. I think we had a great season by not just performing well but bonding well too.” 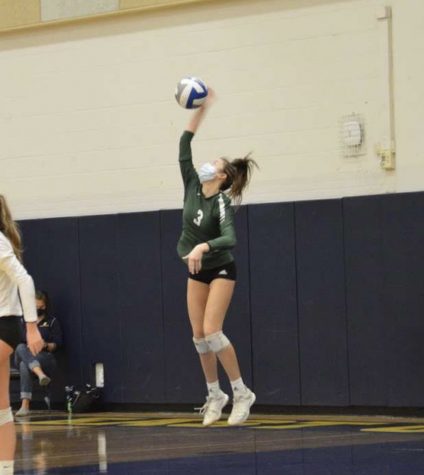 Crandall Quinn was a sophomore on the varsity football team this season. Playing both offensive tackle and defensive end, he was a huge help to the team. Against Byron Center, Crandall had a great game as he had some great blocks against the Bulldogs’ star linebacker. Then, in the game Mona Shores, he had a big stop on third down when he swatted down the ball to force a punt on the Sailors’ first offensive possession of the game. Crandall has improved a lot this season with more to come in the next two seasons.

“Overall, our season went really well. We had aspirations to make it farther in the playoffs than we did, but we played an amazing season, and I was very proud to be a part of that team,” Crandall said. “It was truly an amazing experience; I learned a lot from the upperclassmen, and I feel as though throughout the year we created a great bond.” 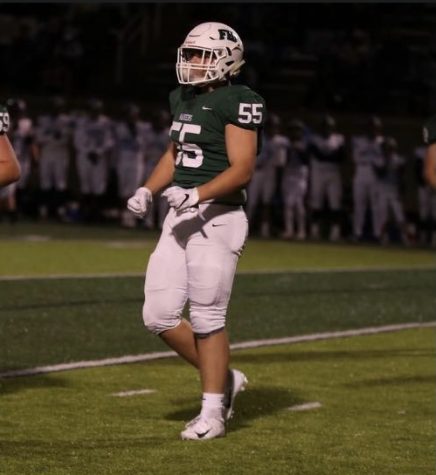 Who is your top underclassman?