The girls JV golf team had a captivating match against the East Grand Rapids Pioneers this fall. As the girls battled it out, many Rangers found themselves setting a career-best as they finished their last hole against EGR. In a triumphant victory of 190-181, this was the Rangers’ best score as a team this year, and pretty much each golfer needed a career-best to topple the talented EGR team.

“Coach Sobiek definitely played a big part of the win. Even if you hit a bad shot, he was always positive,” freshman Claudia Duiven said. The girls were also able to string together a win streak of three matches after their win against the Pioneers. 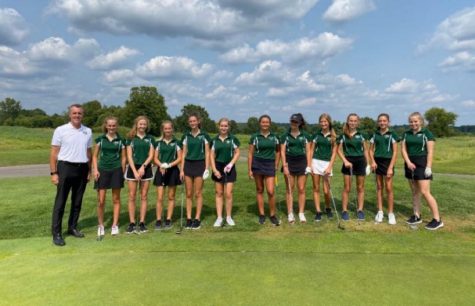 In one of the girls’ biggest matches of their season as well as it being Senior Night, the Forest Hills team matched up against a talented Novi squad. Outside of this game being special for the seniors, it resulted in being one of their most entertaining and competitive games throughout the season. FH trailed 2-1 at halftime, but the girls found their sense of urgency during crunch time after a motivating speech from coach Shaner, finishing the game in a 2-2 tie.

“This was one of our best offensive games because of how we were able to move the ball quickly and that resulted in more scoring opportunities,” junior Sophie Hartl said. 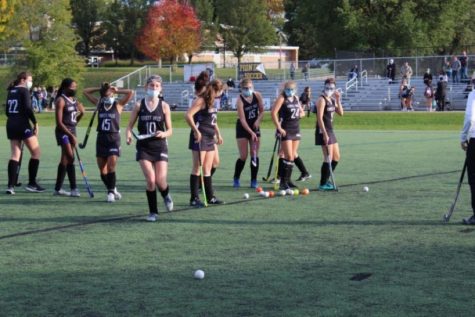 As the boys varsity soccer team hosted Grand Rapids Christian, the Rangers knew that it would be one of their toughest games of the season. The Eagles bolstered a very experienced team this year, unlike the younger FHC team with only three seniors on the roster. In the beginning, the Rangers came out hot, holding their own against one of the top-ranked teams in the state. Deep into the first half, FHC was able to gain a huge momentum shift as sophomore Noah Gleason put the Rangers up 1-0 after scoring on a breakaway.

“As soon as I scored, I knew we would drop to a defensive formation to try and hold our lead,” sophomore Noah Gleason said.

Going into the half, although the Rangers were leading, the boys knew that in the second half they would have to play to near perfection to close out the game. As the time in the second half dwindled off the scoreboard, the Eagles were able to gain a dangerous free kick in the FHC defensive third where they tied the game off of a header, freezing FHC’s momentum. Following the goal from GRC, the Rangers seemed to be mentality defeated after conceding a goal to let the Eagles back in the game. Then, with just about three minutes to play in the game, the Eagles were able to break through on a well-built up play to win the game, resulting in a heartbreaking 2-1 loss for the Rangers. 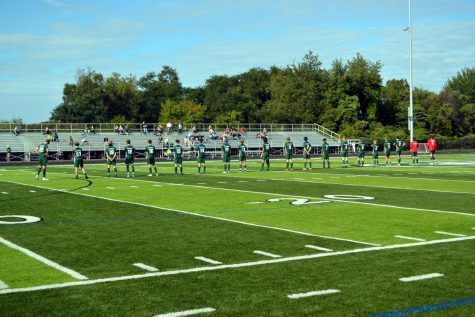 Varsity volleyball faced the Byron Center Bulldogs this year in a game featuring two of the top ranked teams in the state. This match featured each and every set having to be battled for.

“The energy in the gym was crazy,” senior Morghan Tilton said. “The game was so intense as both teams were so amazingly talented.” The Rangers barely dropped the first set 25-18 and in response, tenaciously fought back in set two and tied the match up, winning the second set 25-21.

“We would start down every set and have to fight back to where we would exchange points back and forth,” senior Tatum Otolski said. Following the third set, the Bulldogs were able to gain a lead on the Rangers and in the end, won the third set 25-13 to set the match up for an intense final set. As the final set of the game started, the match came down to an extra point as the Rangers and Bulldogs kept exchanging scores. With a score of 25-24, an extra point had to be played to determine a winner, but the Bulldogs came out on top after nearly having to go to an overtime set. 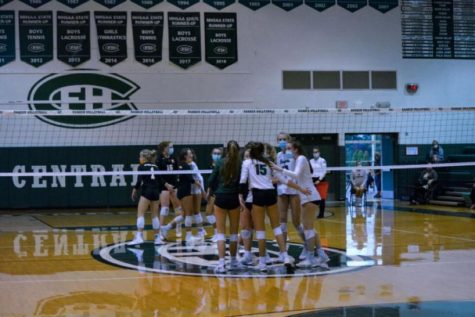 In the boys’ fall 2020 season, varsity tennis played its best against conference rival Northview.  The boys dominated the match from start to finish, with the Wildcats only winning a total of eight games throughout the whole day.  Despite the team’s number one duo not playing, each individual player did not lose more than one set. Sophomore singles players Sammy Yin and Chris Shang both contributed in style by sweeping their opponent 6-0 in a display of their skill. The team’s doubles did not waiver either as freshman Philip Murdock and junior Liam Sweetman glided by their opponents in only two sets. The boys displayed their talent and skill in a dominating win against Northview, sweeping the day and doing it in style.

“Our team has the most depth we have seen in many years, so I knew that everyone would compete to win,” senior Chris Battiste said. 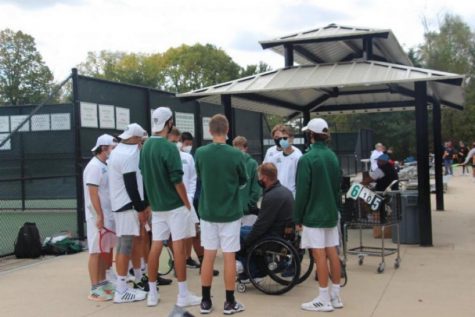 What is your pick for most entertaining game?