SAWAYAMA rekindled my love for music 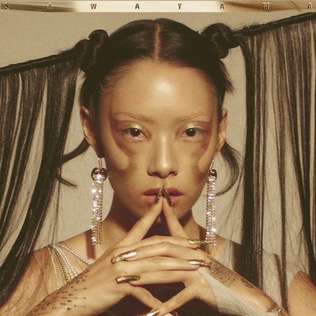 As someone who used to consider themselves a connoisseur of the most underground, eclectic artists, my relationship with music has grown into something foreign, unexpected, and, frankly, sad. Discovering indie bands before they hit stardom was a pseudo-addiction for me; I was always chasing the high of uncensored, lyrical passion, but that quickly changed.

For better or for worse, I stopped doing what I loved.

Finding music became a hassle, and when I did find the courage to be the listener I used to be, I was rash and unforgiving; a prime example of this sullen shortness is how I first reacted to Rina Sawayama’s debut album, SAWAYAMA.

I hated it, and I have no idea how.

Flash forward three months and it’s one of my top streamed albums of November, despite only finding it toward the tail end of the month. I reveled in its power, falling back into its anger, pride, and happiness like emotional relapse—over and over again. SAWAYAMA rekindled a love that I had locked away.

SAWAYAMA is the only album that could’ve done this. I’ve never heard music like it, and every day I curse myself for not cherishing it the moment I found it. This album is a thundering assemblage of color and vibrancy.

Hot pinks, electric blues, and eye-catching purples are all I see when I listen to some of the album’s best tracks, like “Paradisin’,” “XS,” and “Tokyo Love Hotel.” Yet, when “Chosen Family” plays, I can see the colors of the eyes of those whom I hold closest to my heart. “STFU!,” ”Comme Des Garcons,” and “Bad Friend” are strobing lights of a tie-dye, rainbow ferocity.

SAWAYAMA is a no-skip album in the same way that no rainbow would be complete without one of its hues.

Originally, I discarded this album because when I closed my eyes, I only saw black. My second time around forced me to realize that the night sky has to be empty before the fireworks hit, and SAWAYAMA needs patience for the payoff to be as explosive as it is.

The opener, “Dynasty,” satisfies the impossible job of introducing an album laden with twists and turns. It’s hard-hitting, percussive, and sure of itself. “Dynasty” is a femme fatale in all black who holds the world in her hands. There’s no choice but to envision the song as a Bond-Girl-esque heroine kicking down enemies in an abandoned shopping mall. “Dynasty” is the “It” Girl, and her confidence and assurance is contagious.

No feeling matches the electricity elicited by being “Dynasty” for three minutes and nine seconds.

Cascading into “XS,” it’s almost impossible to find your footing to the infectious beat with tone change after tone change in the first 20 seconds alone. With one of the hardest jobs of being the second track on the album, “XS” executes its command flawlessly. Not only does it solidify that Rina Sawayama is far from a one-hit-wonder, it completely reinvents her.

“XS” is a slap to the face that tells you that you can never truly expect what’s coming next; with an orchestral opening, a hard-rock hook, and a resolve into a dance-pop reminiscent of Britney Spears, “XS” is a motley of genres, and Sawayama annihilates them all. 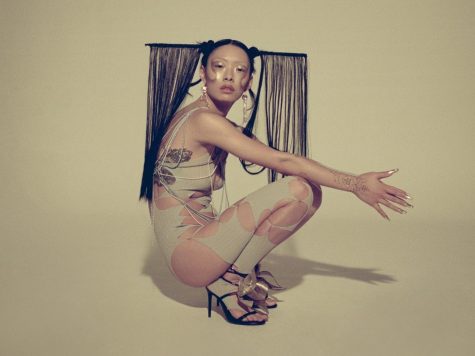 The femme fatale introduced by “Dynasty” only grows stronger with “XS” backing it up. Only two songs in, it’s paradoxical to attempt to ignore the album’s sheer power and longevity.

Deeper into the tracklist, “Paradisin’” and “Tokyo Love Hotel” showcase Sawayama’s ability to outperform an electro-pop accompaniment with her entrancing vocals. While “Paradisin’” has a purposefully corny, cartoony tone, it’s far from frivolous; it’s catchy and high speed, and the last ten seconds of the song is one of my favorite moments in the entire album.

“Tokyo Love Hotel” retains the electro-pop element but exhibits a more romantic side to Sawayama’s typical edginess. It’s evocative of songs that just sound like they belong at the top of the charts, and it’s easy to predict that Sawayama will find her music in that spot one day.

Moving on to the finale, “Snakeskin,” the thirteenth song manages to keep pace with all twelve of its captivating predecessors. Implementing the tone changes that Sawayama is somewhat known for, “Snakeskin” provides a slow but sensational burn. Although it’s slower than some of the other songs, it still commands all of your attention. It’s simply phenomenal.

SAWAYAMA is an elegant collection of thirteen uncompromising, dynamic, and remarkable tracks that will change your perception of music genres as a whole. Rina Sawayama is an artist for the ages; with electro-pop, punk, and alternative styles all showcased in her sophomore album alone, it will be a long wait to see what she does next. But, Sawayama has proved that no matter how slow the burn is, it will always be worth it.

SAWAYAMA was my saving grace, and that’s something that I’ll never forget.