The twins of FHC support each other no matter what 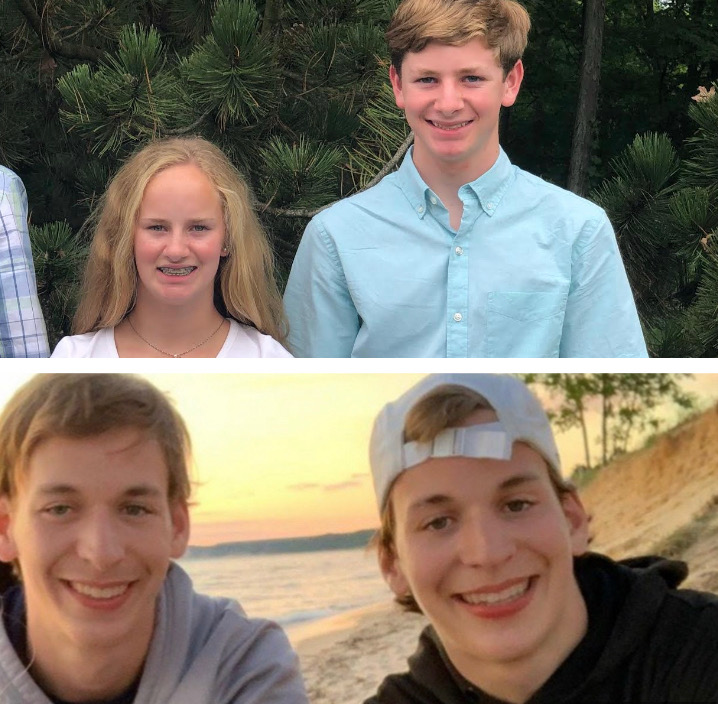 If you asked senior Tanner Wooden what his favorite part about being a twin is, he would probably elucidate on the fact that he always has someone there for him no matter what.

Tanner and his twin, senior Alex Wooden, have always been exceedingly close. Over their seventeen years of living, they have found many similarities in their personalities and hobbies, which eventually drew them even closer together.

Not only do Tanner and Alex participate in many of the same extracurricular activities—such as partaking in the FHC crew team and playing basketball together—but they also have similar personalities. They both describe themselves as more outgoing and social people.

Although they have many similarities between them, their physical features have transformed since their childhood when they were identical. Alex—getting the literal short end of the stick—finds himself to be about four inches shorter than Tanner, and they have different facial features which makes deciphering between the two somewhat effortless.

While the two are able to list off copious advantages of having another half, they also believe there can be many pernicious disadvantages.

“Sometimes you can be viewed as the same person,” Alex said. “Or, even worse, one twin could possibly become the shadow of the other. It is not like having just another sibling because they could be in different grades, but you really have to work hard to form separate identities.”

Creating separate identities came somewhat naturally for the two. They were placed in different classes beginning in elementary school, which helped them separate from each other and find their own personalities.

Sophomores Noelle and Isaac Stewart, who are also twins, also engage in separate activities yet manage to create those separate identities.

Both Noelle and Isaac were homeschooled until fourth grade when Isaac eventually left to go to Ada Christian until freshman year. Noelle decided to follow in his footsteps and left the comfort of her home to attend middle school at Central Middle. Because they were separated until freshman year, they created different friendships and personalities.

“Since Noelle went to FHC for middle school and I did not, everyone was surprised when they found out she had a twin,” Isaac said. “When she did eventually tell them. they wanted to meet me because they wanted to see what the other half of Noelle looked like.”

Because Noelle and Isaac spent a great amount of time together—especially after finally going to the same school—they picked up many of the same mannerisms. They even find themselves thinking or saying the same thoughts, finding themselves partaking in unintended “twin telepathy.”

“Some people say we do [have twin telepathy] sometimes,” Noelle said. “Or we say the same things, or do something similar, but I think it is mainly just because we are around each other a lot.”

Tanner and Alex agree that twin telepathy is merely a myth and that twins have the ability to know what the other may be thinking just because they are surrounded by each other constantly.

“It is not necessarily a twin thing,” Tanner said, “It is just being around each other so much. It is like knowing your best friend inside and out.”

Although both the Stewarts and Woodens spend so much time together, both twins find themselves in some different friend groups.

Similarly, Noelle and Isaac went to different schools around the age most people make friendships, so, they developed a few different groups of people to hang out with.

Both Alex and Tanner agree with Noelle that having separate social lives is more common for them. While they have different friend groups, they still spend lots of quality time together doing an array of different activities together.

Although both sets of twins may not always be with each other physically, they can always count on their sibling being there for them. Twins have a special type of bond, something different than just regular siblings, and both the Stewarts and Woodens recognize that their bond with one another is unlike anything else.

Twins will always be there for each other, as they have been since day one. One twin will never be complete without their other half, and together they help each other as life goes on.

“We have each other’s back,” Alex said. “We sort of mentor each other as we go on in life.”