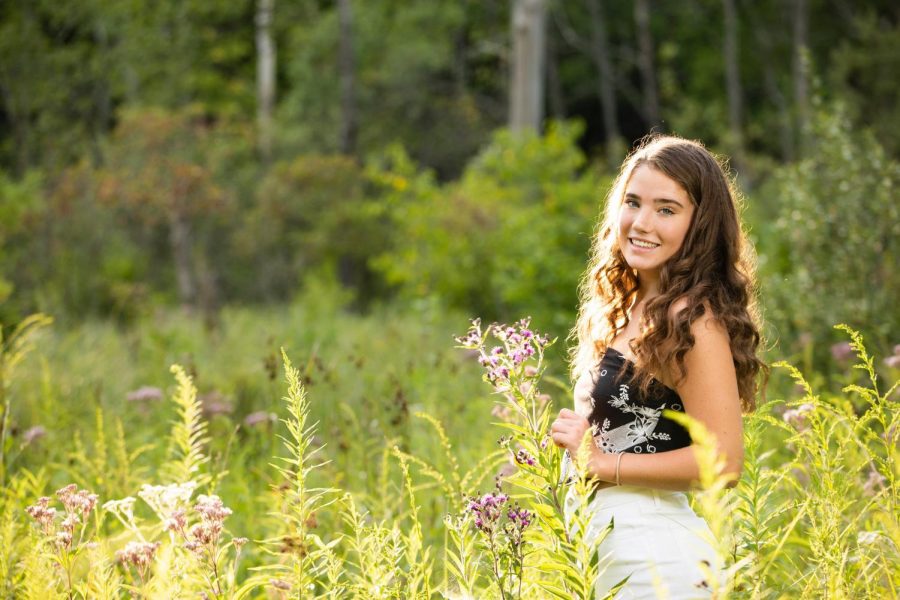 Ever since taking Environmental Science last year, senior Eden Growney has been determined to solve the problem of single-use plastics.

As a junior, Eden fulfilled her science credit by taking the AP Environmental Science course offered here at FHC. The class caused her to realize just how much of an issue single-use plastic products are and inspired her.

“I was super fascinated by it because a lot of the things that I learned [were] things that I didn’t really think about before,” Eden said. “Learning about land waste and emissions, in general, opened my eyes to a whole new idea that definitely needs attention, so I wanted to do something about it.”

And do something about it she did.

This past January, Eden started her very own nonprofit organization. Her organization, Getting A Grip, is devoted to “fighting the overuse of plastic grocery bags as well as other single-use plastics”.

Starting her nonprofit took a bit of work, but Eden pushed through and continues to fight to get the single-use plastic program under control.

“It was definitely a lot of work,” Eden said. “I had to get some help from my parents starting out. Then, I started a website, which wasn’t too hard, and then [I had to] just advertise it.”

One of the biggest things Eden does with her nonprofit is fighting against the use of plastic bags at grocery stores.

With COVID-19 becoming an obstacle pretty quickly in her nonprofit’s life, Eden had to adapt to continue her journey to save the Earth.

“On my nonprofit’s website, I have a blog post area where I post blogs,” Eden said. “I write things that people can do with COVID-19 going on just to be more conscientious.”

In the right-hand corner of her website’s home page, Eden has a tab dedicated to her blog posts. She covers a variety of topics including everything from “Corn: the unexpected enemy” to “Why you should reconsider your favorite chocolate brands.”

She has other tabs as well that include resources to do a little research of your own on single-use plastics, as well as a few scary statistics about plastic use, but above all else, her blog posts are the crowning achievement.

Her blog posts help provide insight on other things the average consumer can do to help fight single-use plastics. It also helps that writing the blog posts is her favorite part of the experience.

“[They’re] my favorite part because I can be super creative,” Eden said. “Writing usually is like a chore to me, but with my blog posts, I can be as outgoing as I want and write [about] whatever I want.”

As much as she loves writing her blog posts, sometimes they get lost in the quick pace of life; Eden has learned to make sure to carve out time for them.

“[I] make it a routine to post blogs or put attention to it at least once a week,” Eden said. “[I] just put [it] on a schedule because, sometimes, if you don’t remind yourself to do it, you’ll forget about it.”

Getting A Grip and Eden’s passion have made an impact in the war against plastics. Part of the reason she’s so passionate is that it’s how she wants to spend her future as well.

“It’s just my way of helping the community,” Eden said. “I want to do something about plastic use and helping the environment later in life, but, starting out, it was the only thing that I felt was tangible to me.”

With the help of her parents, Eden has been able to make her dreams of making the world a better place become a reality, and she wants to inspire those around her to make an impact too.

“I learned that if you’re really driven by something,” Eden said, “and if you want something, then there is nothing stopping you, especially if it’s something for the better. I think everyone should be encouraged to chase after what they believe in.”