Operation Christmas Drop exceeded my expectations for a Christmas movie 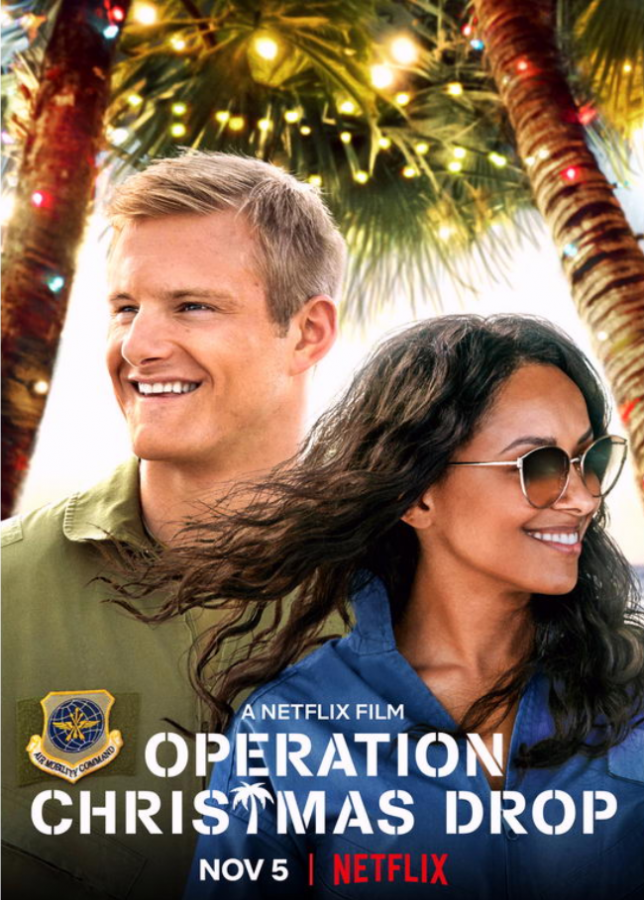 I’m the type of person who prefers the classic Christmas movies rather than the new ones that come out every year; however, despite this fact, I was happy to break that habit and watch Operation Christmas Drop on Netflix.

The main event that the movie revolves around is the Christmas Drop, an actual event that has been happening since 1952 and is one of the longest-running U.S department of defense traditions. They deliver supplies and Christmas gifts for surrounding islands to people in need.

When Erica arrives, she is greeted by Andrew Jantz, played by Alexander Ludwig. Andrew is a pilot attempting to convince Erica to write a good review on the Christmas Drop, along with the Air Force base, so they don’t cancel the Christmas Drop and defund their base.

In the beginning, Erica and Andrew have a rocky start in their relationship due to both having headstrong personalities. However, they eventually put their differences aside, and a romance sparks while bringing Christmas cheer.

The movie does an exemplary job of showcasing that people in the world who are less fortunate than others, and those who do not get to have a proper Christmas like others who celebrate the holiday. Today, the real Christmas Drop delivers over 50,000 pounds of supplies to 56 different islands.

When the producers were picking out the cast, they picked people who brought the Christmas spirit and their talent to the movie. Kat Graham and Alexander Ludwig did an excellent job of portraying the characters. I couldn’t imagine anyone else playing their part, especially since they executed the connection between the two characters flawlessly.

During Erica’s stay in Guam, she falls for the pilot, of course. And, with every minute, their romance intensifies more and more, distracting her from the original reason she is in Guam: to try and shut down the base and their Christmas Drop.

The director, Martin Wood, did an outstanding job making this movie. The Christmas Drop takes place in Guam, so it was realistic as the director chose to film the movie exactly where it takes place. With the camera quality and the set designs, Wood made this movie seem like I was there with the characters.

Operation Christmas Drop is the perfect mix of Christmas and romance. It really brings out the true meaning of the holiday season: giving back to others and being around friends and family.