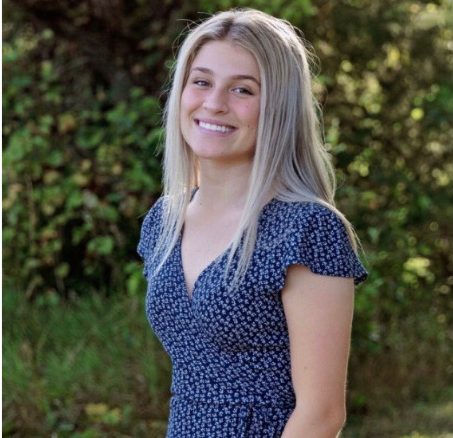 Senior Anna Freihofer was originally planning a future in business school, not knowing her path may lead her in a different direction.

For the past few years, Anna had been thinking about taking the “basic” route of a typical senior. Some seniors steer towards a career path in business, but as for Anna, there was a unique dream to pursue.

“I was talking to my friend and her family, and we were talking about how passionate I was about [filming],” said Anna, “and her mom told me if you’re so passionate about [filming], why don’t you pursue [a career in filming] if you think you’d be good at it?”

After hearing this from her friend’s mom, Anna began to consider the idea. She had believed that pursuing a career in filmmaking would be challenging and unrealistic until the words were spoken to her by someone else.

“I realized that [filmmaking] wasn’t as unrealistic as I thought it would be,” said Anna, who felt this was a crazy idea in the beginning.

Anna had the thought of being a filmmaker when she was only a freshman. She took Media Communications and made smaller films and projects. Anna felt as if there was a spark in making these films and writing her own scripts.

There was also a spark for Anna when watching movies and observing styles.

“Before [I got really interested in filmmaking, I thought] ‘this is a good movie,’ or ‘this is fun,’” Anna said, “You take your vision for what you find interesting and make it your own.”

Anna grew up watching movies that she had a connection with. With her creativity and passion for filming, there’s more to just a movie than how others take it. Christopher Nolan, Quentin Tarantino, and Wes Anderson are some of the many American filmmakers that motivate her. Imaginative movies like theirs have had a significant influence on Anna and conveyed the idea of being a filmmaker.

“Quentin Tarantino didn’t even go to film school,” Anna said, “and he was still very successful, and if [Tarantino] can [get a career in filmmaking], there’s no reason why I couldn’t either.”

Going to film school helps grow a technique and developing style. Adopting these skills will help Anna figure out where she wishes to take her career and how to acquire new skills. Anna implies that not everyone follows the same path and will be doing the same as her. Filmmaking school sends people in various directions and on many routes.

Anna will inevitably face hurdles along the way, but with her strong will and forever passion for film, she will conquer any challenges she encounters.

“You need to be patient with [what you’re passionate about] because there are going to be a lot of challenges, a lot of [difficulties] that you weren’t expecting, and a lot of hurdles,” Anna said. “As long as you keep with the idea of where you can take it; you can do it–anyone can do it.”