Black Lives Matter is not a trend—Jingle Jangle proved that 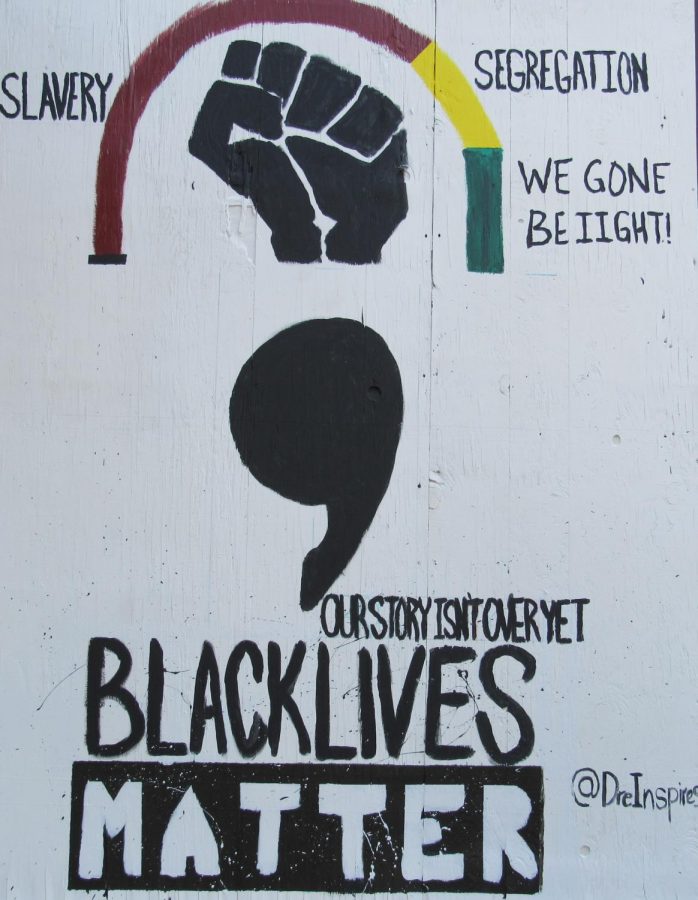 This past summer held one of the largest movements in our country’s history. Unlike many protests started by the younger generations, this one managed to make its way across a multitude of states. An abundance of people, primarily teenagers and young adults, brought attention to a topic that our government has chosen to avoid.

Even with the destruction caused by riots after these peaceful protests, we didn’t let it bring our protests down. Many people even took advantage of that destruction and created art pieces to show the physical meaning behind the protests.

One of the central sources for information during these moments was social media.

Social media created a space for anyone to post their thoughts behind the movement, post petitions, and even educate others on the importance of the movement. The BLM hashtag was trending all throughout social media and included people of all backgrounds.

However, that’s all that it was—a trend.

People’s lives are at stake every day simply because of the color of their skin, and many people took advantage of that to make themselves appear more humble.

People stopped posting about it on social media, and all of the hard work that was done during the beginning of the movement was wasted.

Each day that our country’s children brought light to this situation was a day that we started to see a change. But this “trend” started to fade, and our government stopped trying to please the people by fixing the situation. Many people that were on trial for the deaths of people of color were released without substantial charges.

This ambitious movement slowly began to fall through the cracks, and it left numerous people devastated.

However, the recent release of a new Christmas movie reminded our country of the importance of the Black Lives Matter movement: Jingle Jangle.

Jingle Jangle strays from the typical Christmas movie stereotype of Santa Claus being the only one able to spread joy and places that responsibility on a small-town toymaker. It shows not only the magic behind making toys but also the corruption of corporate companies attempting to overthrow small businesses.

It is a very family-friendly movie. It gives children something to entertain themselves with for a mere two hours while providing those who are more understanding of society’s current condition something to think about.

It shows the greed that those corporate companies hold; it shows that true joy doesn’t come from holding large amounts of money.

However, Jingle Jangle created a cultural dynamic that I never noticed until my mom pointed it out: the time period that takes place during the film creates a world of equal opportunity for people of color.

Though I could not find the official time period that Jingle Jangle takes place in, many of the references make me believe it takes place in the early 1900s. This would leave it taking place after the 13th amendment was passed which abolished slavery, yet it was still in the time period where people of color were still viewed as slaves.

Jingle Jangle, despite taking place during this time period, placed people of color in roles that they typically would not be in. I became so accustomed to treating all people equally; I never thought anything of it during the movie.

Jingle Jangle showed the reality of treating people equally despite their racial differences. It showed the world we can have if we stop treating Black Lives Matter like a trend and instead treat it as a movement.

It showed the life that everyone can attain if we are all equals and appreciated for our cultures—if we gain justice for those who have been killed in the crossfires of this racial war.

Black Lives Matter is not a trend, and we need to stop pretending that it is.