Why the Lions will need more time to be good 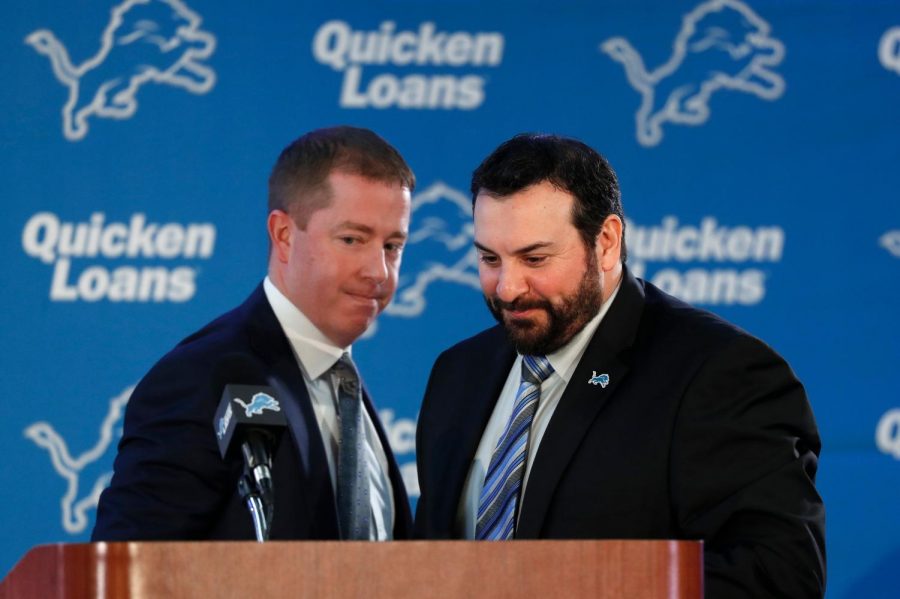 In more recent news, the Detroit Lions have decided that it is finally time to part ways with franchise burdens Matt Patricia and Bob Quinn. On November 28th, just 2 days after Thanksgiving, the Lions thanked the two for their service and said get out.

The Lions hired Patricia in 2018 after he served as a long time defensive coordinator for the franchise of the last decade, New England Patriots. Patrica ran a defense that blended well under the rule of Bill Belichick. These two coaches managed to win 3 Super bowls as a coaching duo with the help of Tom Brady and Rob Gronkowski. Patricia’s win percentage with the Lions is the reason he was ousted from Ford Field. His win percentage was .314 as his overall record was just 13-29-1. The coach before him, Jim Caldwell, had a winning record of 36-28.

As for the case of Bob Quinn, he had also spent time with the Patriots but as the pro scout. Before he was the pro scout he had spent time as a scouting assistant covering different regions of college football. In 2016, the Lions respected what Quinn had done with the Patriots, liking some of the players that he had drafted. Well, that drafting skill did not cross over, especially earlier in the draft. Some of his picks towards the middle of the draft like Kenny Golladay and Graham Glasgow turned out to be valuable picks for the Lions, whereas other picks like Jarrad Davis, Jahlani Tavi, and Teez Tabor turned out to be major busts. A pick like T.J. Hockenson at 8 and D’Andre Swift at 35 were questionable as there were many different needs that the Lions required and could have filled with better players.

There are several reasons why the Lions are in a spot where they may need a lot of time before they will be contending for the Playoffs on a consistent basis. Having too many holes in the roster and front office, key players having expiring contracts and not certain longevity with the Lions, and the questionable management of the Fords are all the main reasons why the Lions are put in a harder position as of right now.

The biggest hole to fill is at head coach and general manager.

The Lions need a head coach who can make an offensive system that will make Matthew Stafford into the MVP that he could be one day. 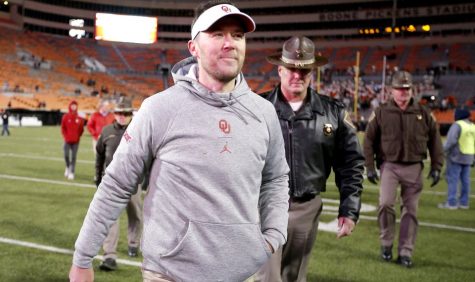 The Lions have never hired someone who could ever put him a spot like Patrick Mahomes, Josh Allen, and Russel Wilson. Fortunately, these three quarterbacks all found or had a head coach that would put them in the MVP race. The Lions could target Lincoln Riley out of Oklahoma, as he has produced 2 Heisman winning quarterbacks in Baker Mayfield and Kyler Murray. Riley has put Oklahoma in the College Football Playoffs almost every year he has been as the head coach. 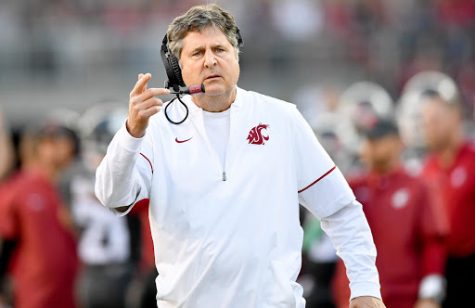 A hire that many Lions fans may not consider but should be is Mississippi State head coach Mike Leach. Leach perfected an offensive system called the Air Raid at Washington State University. He had quarterbacks Anthony Gordon and Gardner Minshew lead the NCAA in passing yards during their times with the Cougars. Stafford already has plenty of receivers like Kenny Galloday, Marvin Jones Jr., and Danny Amendola. Hockenson is also looking like a promising tight end, but is underused at times. His first year showed how much of a star he can be but he still finished with only 32 receptions. He is getting more this year, but if Leach were to come in, he would clearly see how much of a superstar he is and would plan an offense that would equally distribute the ball to Hockenson, Golladay, and Jones.

A good fitting general manager is harder to find than a head coach. Just because someone makes good signings and trades with one team does not mean that it is going to translate over to the other. Same with drafting players as that was shown with Bob Quinn. The Lions are going to want to hire someone that has good negotiating skills and the ability to build the team’s future sooner rather than later.

Drafting Hockenson was not a terrible choice, but many other players could have been drafted and played bigger roles early. A linebacker like Devin Bush or a defensive end like Brian Burns were both still on the board and would be Defensive X-Factors that the Lions truly need. 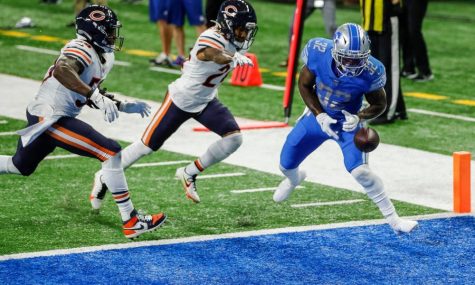 A similar situation came with the acquisition of D’Andre Swift. The Lions had let go of Bo Scarbrough, which was a questionable role as he had produced well for the Lions in 2019. The Lions backfield already had a bright spot in Kerryon Johnson and did not need a new number as the running back position. The defensive backs was a spot that needed some fine-tuning in the off-seasons and the Lions could have done so with this draft. Safeties Grant Delpit, Antione Winfield Jr, and Jeremey Chinn were all still available while the cornerback spot also had Kristian Fulton, Jaylon Johnson, and Trevon Diggs.

The wide receiving core is one of the best in the league. The problem is that all of them have contracts that are expiring after the season. Marvin Jones and Danny Amendola are over the age of thirty, and the only person the Lions should bring back out of the two is Jones. Jones will need a bigger contract, but he and Golladay are the best two pass catchers on this team. Golladay will most likely be franchise tagged unless he signs an extension. This would be a good year to address the wideout spot as the upcoming free-agent class, and the draft class has perfect replacement candidates. Curtis Samuel, Allen Robinson, Chris Godwin, Will Fuller, Juju Smith-Schuster, and A.J Green are all hitting the market and that’s just the list of the best available wideouts. The free-agent class is deep, and the Lions could sign multiple receivers to fill the spot of one. As for the draft class, Ja’Marr Chase, DeVonta Smith, and Rondale Moore show signs of great speed and athleticism that prove they can be first-round picks.

Edge rushers Von Miller, Bud Dupree, Matthew Judon, and Shaquil Barret all hit the market this spring. These 4 will be offered a max deal from almost all of their teams, but the Steelers do not have a lot of Cap Space, and Dupree may walk if he doesn’t like the offer he gets. Von Miller is not getting any younger, and the Lions could offer him a high risk, high reward deal so that they can be contenders. Yannick Ngakoue is also getting the restraints taken off his back as he can find a new team if chooses to leave the Ravens. The Ravens may choose Judon over Ngakoue so he might want to find a team who can offer him good money.

The last position group the Lions will likely work on is the defensive backs. Safety Justin Simmons can leave the Broncos if he chooses, and the Lions should keep an eye on him at all times as he would complete a group that needs a lot of work. Patrick Peterson is older but still one of the better corners in the game. He would fit as a great mentor to Jeffery Okudah and may take a lower-paying deal if he likes what he has to see in the team. If the Lions want a few players they could bring in for low money, Jason McCourty, Brian Poole, and Daniel Sorensen are all veterans who could fit nicely into the new age Lions. Bringing back Duron Harmon would also be a wise choice for the Lions.

The Fords are one of the wealthiest families in America, and they have done a tremendous amount of charity work for the city of Detroit. The only thing they haven’t been able to do is to bring a Super Bowl home.

Martha Ford stepped down at the age of 90 as the chairman of the Lions and let her daughter, Sheila Ford Hamp take over. The Fords are memorable for making bad hires and are unable in building a franchise around great players in their primes. 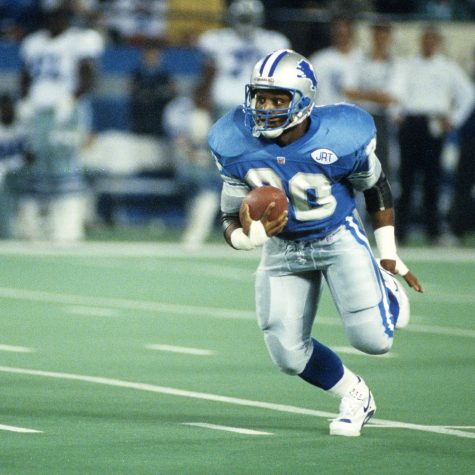 Barry Sanders is one of the best running backs of all time. Without a doubt, he would be a number with no question if he had only won a Super Bowl. How could the Fords not build a team that could at least make it to the Super Bowl with him? That is like having Lebron James and not winning an NBA Championship.

The time is now with Matthew Stafford. You have to bring back his top 2 wideouts this year if they want to bring a Super Bowl to Detroit. He’s already over 30, and after the 2021 season, Stafford becomes a free agent. If the wideouts choose to leave and the Lions do not bring in suitable replacements for Stafford, he will probably leave following the conclusion of the 2021 year.

The Fords also have to rewrite the wrongs they did when they brought in Matt Patricia and Bob Quinn. These hirings could make or break the franchise because the Lions need help now and are losing more and more fans’ faith every year. The timetable for the Fords will be short if they continue to run the franchise into the ground and the power to change the outcome of the Lions future is all in their hands.