The Haunt: A Dual Review 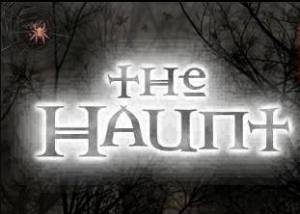 The Haunt: Scary or Not by Abby Scutch

For several years, I have been avoiding Grand Rapids’ most famous Halloween attraction: the Haunt.  I was always afraid of the clowns, goblins, zombies, and the other creatures I was convinced would haunt me in my sleep.  After four years, I finally got up the nerve to experience it for myself.

Prior to leaving for the Haunt, my friends and I purchased our tickets online for $21.00 in the hope of avoiding long lines, but that was not necessarily the case.  Although we were able to avoid the ticket purchase line, the line for the first attraction was excruciatingly long – about 90 minutes!

When at last we entered the building where the attraction was held, our elation was short lived, because the long  line just continued on.  However, every half hour or so dance performances were held on a platform to keep the visitors entertained.  These high intensity performances included hip-hop music as well as dancers wearing costumes and masks that resembled zombies or another haunting creatures.  The performances were brief, lasting about five minutes each.

After the long lines, it was finally our turn to enter the Haunt.  Walking into the attraction, I did not know what to expect.  The walk was made up of several spooky scenes, ranging from a jail cell, a dinner room, a baby nursery, and a clown carnival. In total, the walk took approximately about 25 minutes.

Throughout the Haunt, characters in masks would approach its visitors making scary noises, whispering in one’s ear, and popping out of nowhere. The Haunt characters are not allowed to make physical contact, which is comforting to know considering the attraction is already spooky enough.

Several times throughout the Haunt, I managed to scare myself and body slam into a wall, as well as frighten the person next to me by screaming at nearly every character.  I am not really one for scary events.

The tickets include admission for a second attraction – Abandoned. The line for this attraction was very long as well.  Considering it was a chilly and windy night, I was not thrilled about the idea of standing in another slow moving line. After nearly an hour of goosebumps and anticipation, it was our turn to enter the maze made up of a series of  connected sheds.

Within five seconds of walking in, my group and I were frightened by a character in a mask.  As we continued through the maze we were frightened by an onslaught of creepy characters. This attraction included walls and obstacles to overcome while being chased. Although this attraction was more interactive than the Haunt, the walk lasted only five minutes.  I was disappointed with the amount of time that I spent inside Abandoned. Though very fun, it was short and I did expect more from this attraction, especially after just experiencing the Haunt.  This attraction concluded with a character running after me with a chainsaw to the parking lot.  I was not amused.

In conclusion, the Haunt provides fright and shrieks for those who are looking for that sort of thrill.   Although mentally preparing oneself for such an event may be helpful, a scream or two is nearly guaranteed.

I would definitely recommend The Haunt for those looking for something to do for the Halloween season, and for those who truly enjoy the adrenaline of being frightened.

The Haunt or The Forest of Fear… Which is Scarier? by Sam Noonan

Haunted houses are a staple of Halloween celebrations, and it’s uncommon to not go to to one during the month of October. One of Michigan’s most popular haunted houses is The Haunt, a walk-through type of event that’s wildly popular every year. Pictures of your classmates and friends with some sort of monster have most likely littered your Instagram feed at one point or another, and you have probably been to the event yourself. Personally, I’m not too big a fan of places like this, but I went to the Forest of Fear last year and I enjoyed it more than I would’ve thought, so this year I reluctantly went to The Haunt with a group of friends.

Last year, the Forest of Fear consisted of people in costumes following my group around, loud crashes, a dark passageway or two, and a couple of jump scares… but what was most prominent was the ridiculous amount of strobe lighting throughout the whole path we walked. Starting out, our group was given a creepy message in a strobe-filled room. Yes, it looks cool seeing each other move in what seems like individual frames, but I’m going to get a headache if it continues for this long. After we walked in and went into a stationary bus, of course there was strobe lighting and a jumpscare at the end. In the many small buildings and rooms we walked through, we encountered more and more strobe lighting. I mostly enjoyed every other part of the Forest, but I went into The Haunt hoping for much less light flashing in my face.

Parking was easy enough, and my group and I walked over to buy our tickets, eager to get in. The line was short and went by quickly, and we all managed to get our tickets easily. The Haunt has the organization necessary to maintain large lines, and we had to walk a fairly long way to get to the entrance. Getting in, we were greeted with the type of line that we were expecting. The line, snaking around the room, was filled with people of all ages hoping for a scare. Actors dressed up as demons, ghouls, and other assorted monsters mingled in with the crowd, slipping behind people and scaring them, making loud noises to startle people, and generally building the spooky atmosphere.

I was told that the “zombie dancers” that would come out and perform on a small stage were very good, and I, along with my friends, was looking forward to seeing them. The performance started as I was in a great viewing position, and the act gave some very nice entertainment while we waited. In fact, near the end of the performance the main zombie danced as strobes went off around him. Strobe lighting that actually wasn’t excessive! The line went by fairly quickly, and we were in the actual event without too long of a wait.

Walking in, there were sewer-type passageways we walked through, with your typical tight and dark corners with jump scares around every bend. With bars on the walls in many places, there were plenty of instances where someone would run up and loudly hit the bars, which, although expected, still gave us a scare or two. The costumed actors would follow closely behind us at certain corners, leaning right into our faces and following up next to our backs. The costumes were extremely well done and were very detailed, adding to the atmosphere of the sewer theme. For me, the scariest part of the sewer area was when we walked into the butcher’s room; from a dark corner a small woman rushed out holding a huge knife, coming right up next to us and leading us out of the room.

After making our way out of the sewers, we entered a brightly colored area, instantly recognizable for many people. These bright polka dots and neon lighting could only mean one thing – Clowns. The Haunt took full advantage of the “killer clowns” phenomenon, and mastered it. While the sewers were a typical haunted house experience, the clown area was less scary, but visually mesmerizing. We were given 3D glasses before heading in fully, and after putting them on it was a completely different experience. The neon stripes, dots, and designs on the walls popped out and we made our way through, marveling at our surroundings. Clowns were positioned around the path we walked, and didn’t rely on jump scares. One occasion really scared us, a person wearing a cloak that blended right into the wall… they jumped out at us and blended in perfectly.

Overall, I recommend that anyone who hasn’t been to The Haunt this year, ever, or is thinking about it, goes. With a group of friends or family it’s a great time, and can be a wonderful experience as long as you don’t mind a scare. Although $20 is a bit steep, it’s worth it as long as you have a good time, and enjoy this event that people of all ages come to yearly.