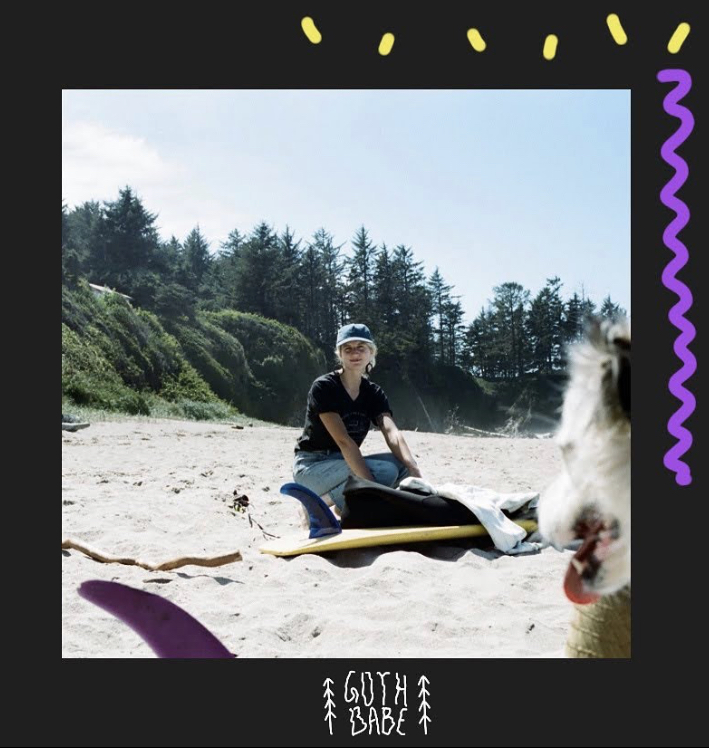 To say alternative pop artist Goth Babe is inherently talented is an understatement.

Distinguished by its name, North Coast follows his endeavor along the coast with friends: beach trips, surfing, and camping.

Possessing a short series of three songs, this album begins with the song “The Trees.” Staying true to his alternative style, Goth Babe also introduces a closer look into the pop genre. Kicking off this track, it places me at the moment in life where Goth Babe is searching for meaning.

Singing about living life with love creates a relatable—and singable—recording that has me craving to find love while exploring summer beaches along the coast.

As he describes a wholesome topic like love, he also touches on the struggle of choosing what to do with life. Do we spend time finding love or spend time finding ourselves? Symbolizing this question with money, he explains how his “wallet” is full of possibilities; however, he can’t decide how to spend his life.

“Where is the money going? I’m feeling like my wallet is tight. I’ve gotta spend it where the money is right.”

While “The Trees” has a more prominent message to its lyrics, “As She Dreams” focuses closer into the depths of the music’s beat and rhythm.

A mixture of indie, pop, and a dream-like atmosphere, Goth Babe has designed the perfect song for any occasion. Whether it’s late nights, long car rides, beach trips, or painfully-bad dance parties, “As She Dreams” is my favorite song worthy of any time of the year.

This is one that assuringly will be added to my Spotify playlist.

Staying on trend with his flawless tracks, the album’s last song “Moments/Tides” gives me insight into his summer surfing.

“Finding, what you had in mind and seizing, the moments and the tides.”

As mentioned in the lyrics, this song urges me to feel the same desire Goth Babe faces to seize his moment. Both literally and metaphorically, he seizes the waves he surfs and savors his life doing what he loves. While portraying upbeat, end-of-summer vibes and catchy lyrics, Goth Babe has this song blasting through my head.

Despite having minimal lyrics throughout the summer-inspired song, Goth Babe succeeds in delivering a message to listeners: seize life’s moments. Winding down those exuberant days, his lyrics inspire struggling people like myself to enjoy the good things in life and to not wait for life but rather give in and enjoy it.

Sitting in agonizingly cold Michigan, North Coast exhilarates me with the thought of summer: the warm sun, friends, beaches, tan lines, and doing crazy things for fun. Goth Babe’s newest album has me wishing for it to gain more recognition; however, I yearn to keep this underground artist my own secret guilty pleasure.

Goth Babe’s talent flourishes as he embodies summer’s feelings through this short album that he wrote along his north coast journey. From pop to indie, exploring love to discovering ourselves, North Coast seizes me into non-stop streaming of its adventurous tracks.