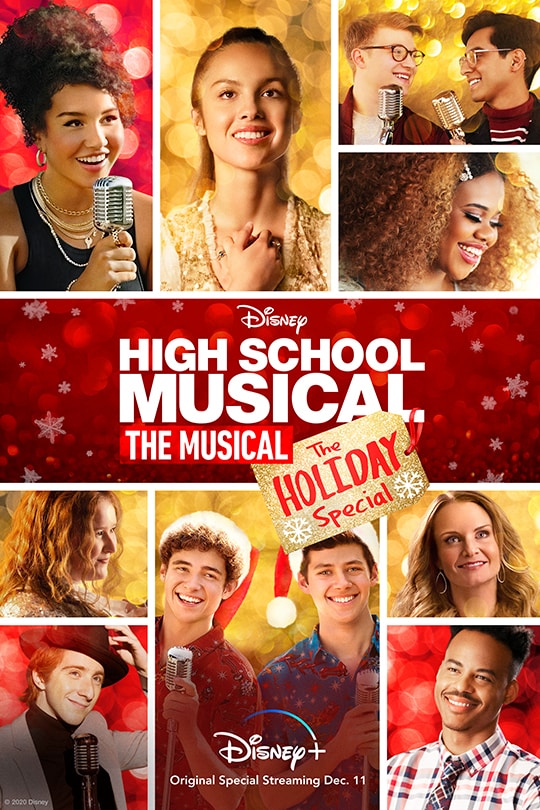 Taken from Disney Plus

I have been a raging High School Musical fan since I was a little girl.

I remember singing and dancing along with the cast members in my living room and hoping that one day I could have a pink locker like Sharpay’s.

I watched season one of High School Musical, The Musical, The Series when it was released on the streaming service, Disney Plus, on November 8, 2019. Originally, I thought the show would be unimpressive compared to the movies. But, to my surprise, I enjoyed every minute of it.

On December 11, 2020, Disney Plus came out with High School Musical, The Musical, The Holiday Special. After being greatly pleased with the movie trilogy and season one of the tv show, my hopes were very high for this 45-minute-long special, thinking that it would be just as interesting and have just as catchy songs as the tv show and movies.

Instantly, my high hopes were diminished.

Right off the bat, I was under the impression that the cast—Olivia Rodrigo, Joshua Basset, Sofia Wylie, Matt Cornett, Frankie A. Rodriguez, Joe Serafini, Julia Lester, Dara Reneé, Kate Reinders, Larry Saperstein, and Mark St. Cyr—would be acting. In reality, they all sat down and talked about their Christmas’ or Hanukah’s they had growing up. I was hoping for the cast picking up where they left off, which would have been after they performed their rendition of High School Musical, since the show is based in the same high school that the movies were filmed.

After talking about their pasts for some time, each cast member sang a holiday song. That is where it all went downhill.

To say the least, their performances were extraordinarily cheesy. They were fit for the show, but not this. While watching, I kept checking to see how much of the monstrosity was left.

The first performance that was a complete disappointment was sung by Frankie A. Rodriguez and Joe Serafini, who play Carlos Rodriguez and Seb on the show. The duo performed “Feliz Navidad” by José Feliciano for the holiday special. They put an upbeat, pop twist to the Puerto Rican song, but it failed miserably. It was cringeworthy, auto-tuned, and just plain bad.

Matt Cornett, the actor who plays EJ Caswell on the show, performed “Last Christmas” by Wham for one of his appearances on the special. “Last Christmas” is my favorite holiday song; I know every single word to it, including the background parts. When hearing Cornett sing his version of this iconic tune, tears did in fact surface—but not the good kind. He ruined my favorite Christmas song.

Another performance that had me cringing was by Julia Lester, who plays Ashlyn Caswell, EJ’s cousin. Since she is Jewish, Lester decided that she was going to sing a medley of the Hanukkah song and the Dreidel song. There isn’t much to say besides that she failed immensely. Lester turned the fun carol into a pop song. When performing this awful song, she went to extremes and exaggerated everything.

Not everything about High School Musical, The Musical, The Holiday Special felt like a burden to watch. Olivia Rodrigo and Joshua Bassett, who plays Nini Salazar-Roberts and Ricky Bowen on the show, had the only two performances that were actually good.

Rodrigo sang the song “River” by Joni Mitchell. Instead of having an extravagant performance like Lester, she calmly played the piano and it was pleasant for me to watch and listen to, because of her soft, lovely voice.

Bassett performed a song that he wrote himself which will be making an appearance in the upcoming season two of High School Musical, The Musical, The Series called “The Perfect Gift.” Just like Rodrigo, he had a mellow performance by simply just sitting and playing his guitar. Once again, this performance wasn’t a hot mess like the rest of the show.

All in all, High School Musical, The Musical, The Holiday Special did not live up to its name and legacy. I am just hoping that season two will pick up where they left off and that it is not a complete fail.